I admit it, I'm a conference virgin. Or at least I was until Geeky by Nature, a Flash conference put on by the Flash on the Beach chaps and dames. This was the first year for GbN as well, and since it was happening nearby in New York it seemed like a match made at a Sadie Hawkins dance. The venue for the shindig was the School of Visual Arts Theater in Chelsea, and it was more imposing than I expected. This being my first big conference though, nothing was really what I expected. I started out thinking I was going to be taking lots of notes on new tech, and while that was an aspect of some of the talks, I found that the focus was more on inspiration than implementation. Most of the speakers had essentially the same style: they presented their experiments or cooler client work and then delivered some variation of the motto "Be fearless, do what you love, and the work will come." There's something motivating about incorporating that kind of bravery into your daily work. Anyways, the slew of R&D projects I'd done in preparation for GbN, as well as all of the new ones that were given a kick-start after going has made it more than worth the price of admission. So in the interest of oversharing, here now is the grisly blow-by-blow...

Geeky by Nature started out with a pretty kick ass keynote by Chris Black. It was ostensibly about development for the still unreleased Blackberry Playbook, though I took away more "why" than "how" (essentially there's more space for developers to fill niches with new products). But the big finale was using Apache Ant to deploy AIR apps across Android, iOs, and BlackBerry mobile devices... AT THE SAME TIME! We've been focusing a lot on mobile development R&D here at Neo-Pangea in recent months, and seeing a workflow for mobile development that worked so smoothly across platforms was pretty awesome.

Next up were a pair of talks I really wanted to see; one from Keith Peters, the king of DIY in Flash and the inspiration for my Frankenscope project, and one from Joshua Hirsch, Big Spaceship's main brain. Problem was, they were going on opposite each other. Damn you linear time! Well, I just happened to be rolling up to Large Starvessel later that day to give a capabilities presentation for Neo, so it made sense to get a sneak preview of their setup from Josh. But I didn't want to short Keith, so I had a friend make a quick sketch of the Frankenscope on a business card and decided to give it to him before I went to Josh's talk. Problem was, between taking everything in from my first big conference and getting ready for the meeting, I completely forgot to think of what to say when I gave Keith my card. So what I thought was going to go something like "Hey Keith! My name is Jason and I find your blog to be a huge inspiration," came out "I, uh, saw a artic, blog, wait, um...I made this for you!" So great, in a few looong seconds, I've gone from colleague to stalker with a learning disability; the worst kind of stalker. It turned out to be liberating though, because from then on I couldn't make more of an ass out of myself than I already had. Ok, f-it, on to Josh's talk!

Watching Josh's talk on how Big Spaceship operates was like being in that Mario 3 world where everything is bigger and awesomer. Joshua's talk laid out how Big Spaceship balances work and play, and how blowing off steam cultivates creativity. From the open floor-plan to the smoke machines it was pretty much a carbon-copy of a day-in-the-life at Neo-Pangea. But this is Big Spaceship! Here I am thinking that they would have to completely sell out to grow to a 50-person agency that works with creme-de-la-cool clients. But as Josh explained, they keep it fresh by segmenting into mini-boutiques of 6-8 super-ninjas that can scale up or down by merging or splitting off members from different groups. Very clever, sis. I came out of the talk with a healthy appreciation for doing things the way you want to do them even when everyone else tells you it's not possible. I also learned that having faith in yourself and your work will never let you down, but the Braves might. And that resonated with me because I'm a Red Sox fan.

One more talk before I had to make the trek from Chelsea to Brooklyn to give that presentation, and it was from Joa Ebert. His talk was on how the Flash Player that you and I use just isn't good enough for him. Instead, he decided to make his own and then hack that so he could run OpenGL on it. Yeah, he's like that. Oh, and the one thing he wanted to make sure people took away was that Scala is a generalized programming framework that kicks ass. What does that mean? I don't know, but there's the link. Click it if you dare...

Ok, well that pretty much sums up my first day. Pretty exciting, pretty nerve wracking, and that was just the subway. Stay tuned for a review of the unbelievable next day... 2! 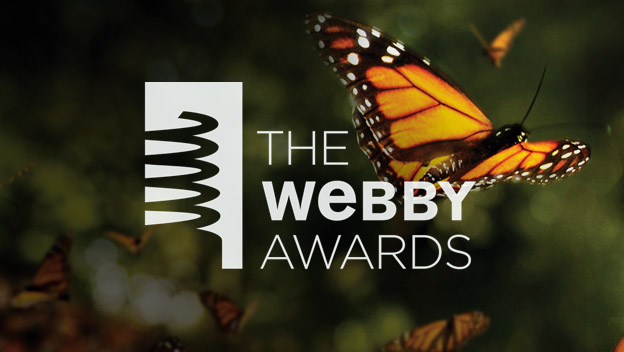 The Great Migrations website, the online experience created for the National Geographic Channel's series of the same name, has been nominated for the 15th Annual Webby Awards in the Television category! The website was one…
Continue Reading

CableFAX said about the website: "Our judges raved about the site's logical design and its emphasis on 12 "hero" animals from the linear series. It's yet another fine example of Nat-Geo's skill in promoting linear through…
Continue Reading