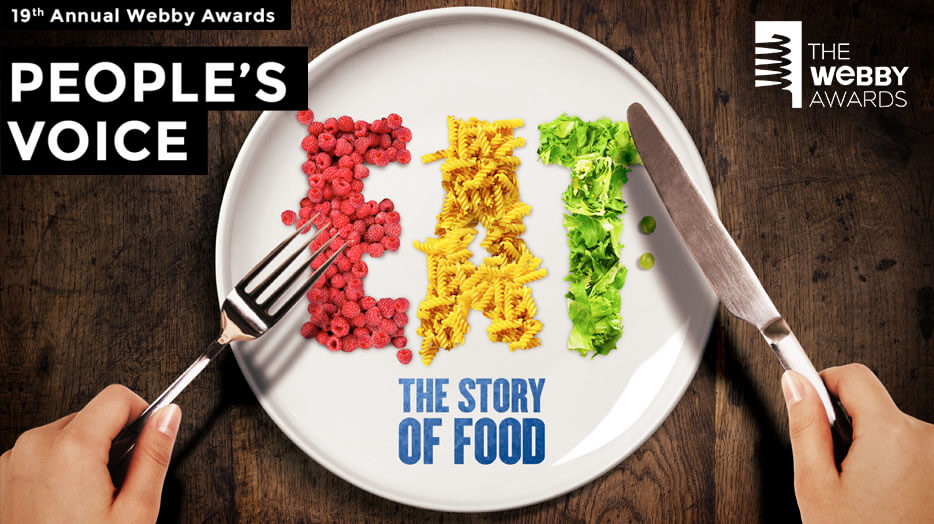 Eat: The Story of Food, a delicious collaboration between Neo-Pangea and National Geographic Channel still tantalizing taste buds at NatGeoEat.com, was just awarded a heaping helping of WIN by the prestigious 19th Annual Webby Award People’s Voice competition! After surviving the pressure cooker of public voting, our team brought home the award for “Best Use of Animation or Motion Graphics.”

Cooked up as an interactive companion to National Geographic Channel’s six-part miniseries, Eat: The Story of Food, this playful feast for the eyes takes foodies along on a visual narrative journey through the ages via desktops and tablets. Each episode is accompanied by a veritable smorgasbord of content that makes stomachs rumble by highlighting important milestones in food history. From the first cave dwellers learning how to cook meat with fire to bioengineering the lab-grown beef patty of tomorrow, each topic is explored through multiple eras.

Take another look at the site and pay attention to the sizzle of the steak, the frothing of the beer, and the many other mouth-watering animations that garnish these enticing pages, and you’ll see why Eat: The Story of Food was voted a Webby People’s Voice winner. We’re beyond grateful for the public’s support!

About Neo-Pangea
Neo-Pangea is a digital boutique that grows beautiful ideas into captivating experiences. Working with Fortune 100 brands, exclusive destinations, international non-profits, leading industry trendsetters, and local start-ups, Neo-Pangea helps all manner of clients turn their creative visions into reality. The studio continues to transcend expectations in the design and execution of innovative digital and traditional marketing by fusing creativity, technology, and strategy to forge immersive experiences. From apps and websites to promotional spots and print materials, Neo-Pangea continually strives to craft unique advertising solutions imbued with charm, substance, and grace. Learn more at www.neo-pangea.com. 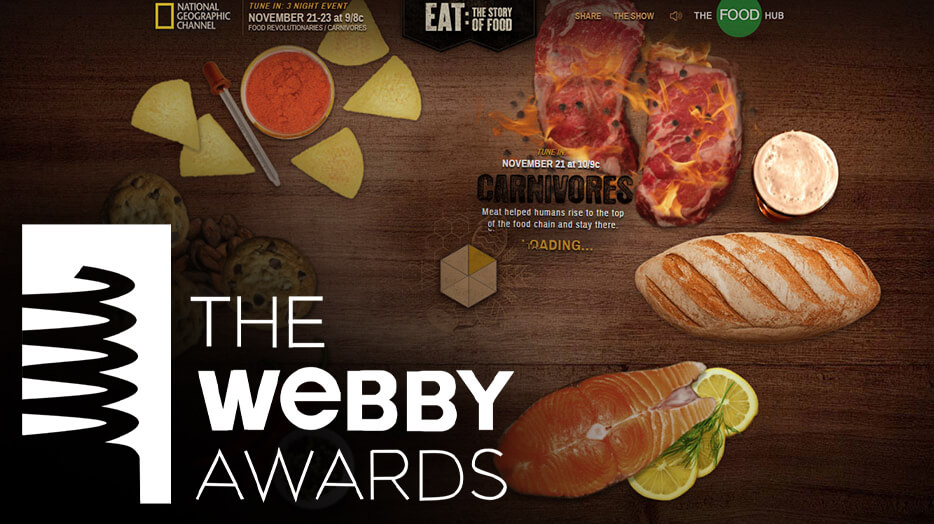 Can Food Get Your Webby Vote?

Eat: The Story of Food, one of our tastiest projects to date, is currently nominated for a prestigious People’s Voice Webby Award! Can you help us out and cast your vote for us here? National Geographic Channel’s Eat: The…
Continue Reading 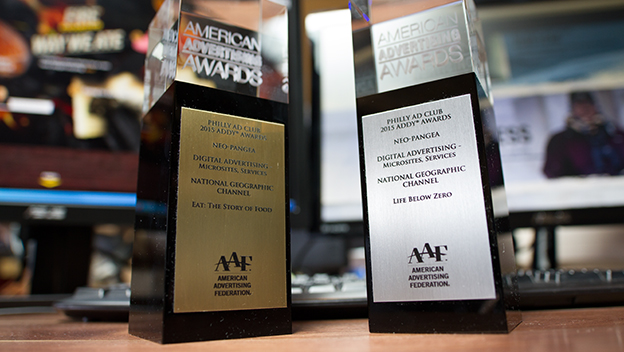 Two New Addys for the Shelf

Oddly enough, with the days getting warmer and comfort food quickly being forgotten, it was Neo-Pangea’s latest work for the National Geographic Channel, websites for Life Below Zero and Eat: The Story of Food, that won at…
Continue Reading 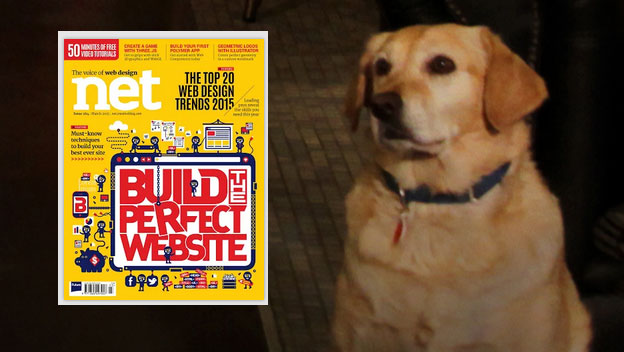 Whether it’s the siding from a dilapidated barn, an old deep sea diving helmet, or Harrison Ford enshrined forever in carbonite, it’s found a home at Neo-Pangea. Net magazine featured our new office in their March 2015 issue,…
Continue Reading