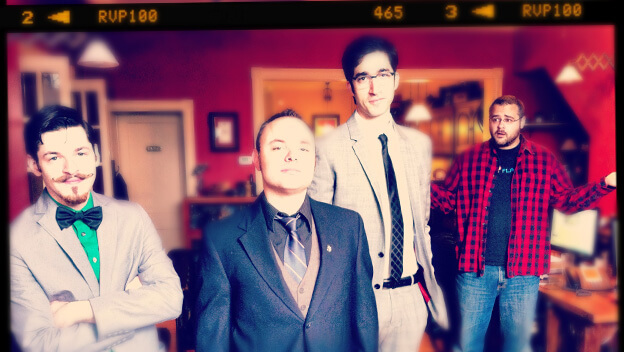 posted on Wednesday, May 9, 2012
by Brett Bagenstose

Dear reader, this isn't a joke. I can see how you would think that given our old-world brand values and that all our photos on Facebook look like we're LARPing Victorian style. But no — slowly and surely our team is transforming into a sophisticated bunch of wild west bankers.

The 'college dorm' casual dress code started taking its firm hold on our industry during the dotcom boom in the late 90s. Adding an "e-" prefix or ".com" suffix to your name surely meant your office had a ping pong table, Xbox, and a 22 year old CEO. Certainly, wearing shorts and t-shirts to a meeting made it easier to run away from the spontaneous Nerf battle that could break out at any moment.

This dress down and "play" oriented work environment still lives strong, long after the dotcom crash and sites like e-BusinessMallLive disappeared into the pages of history. Even some of the most bland corporations have adopted "casual Friday". This atmosphere certainly does have its value as it allows people to be comfortable and enjoy coming to work. As long as it's not taken advantage of. I do remember at my old work place, Refinery — now Grey interactive, the HR director had to give a PowerPoint presentation as to why it was important to wear shoes to work and to take showers. For real, this happened.

The perception of the 'slacker creative' look has penetrated the mainstream to the effect that clients actually expect this and, dare I say, judge your creative team based on how 'creative' they look. In fact, on a new business pitch just a few months ago the potential client's VP walked in the door and the first thing he said was "I can tell these are the creatives!". On a few occasions in client meetings a Neo-Pangea developer has been mistakenly referred to as "the art guy" because he was wearing a t-shirt and the designer was wearing a shirt with a collar.

In our office, just about anything goes. I don't always wear shoes, and I take calls outside while I lay in the grass. Shane wears shorts ¾ of the year and I have seen Aaron's bear butt on a number of occasions. Historically, jeans, Threadless t-shirts, and Converse have been the dress code.

So now the turning point begins. With every swing of the pendulum at some point it must swing back. Maybe it was reactionary, maybe it was just a joke at first, but whatever it is — it's catching on. People are wearing suits. Not a silly old band uniform or a blue blazer from goodwill that we pulled out of the wardrobe closet for a laugh. No, this is a real movement with bow ties, jackets, Fedora's and slacks.

Everyone trending this movement looks fantastic. They appear more confident. People complement them at restaurants or on a RedBull run at the store across the street. They feel better too. Plus, it gives way to some really awesome silly voices. Apparently the new look requires a British accent as well.

But not me, next to them I look like a slob when we go out to lunch or have a meeting. It's only a matter of time before I give in. 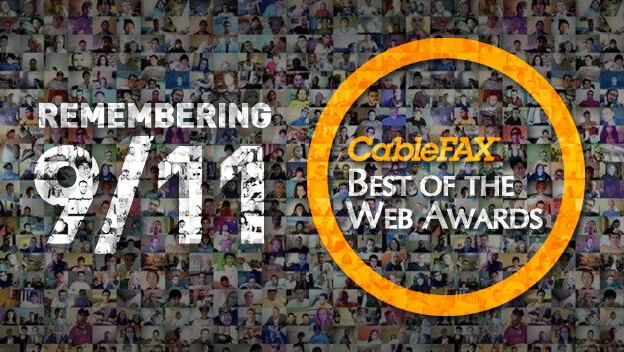 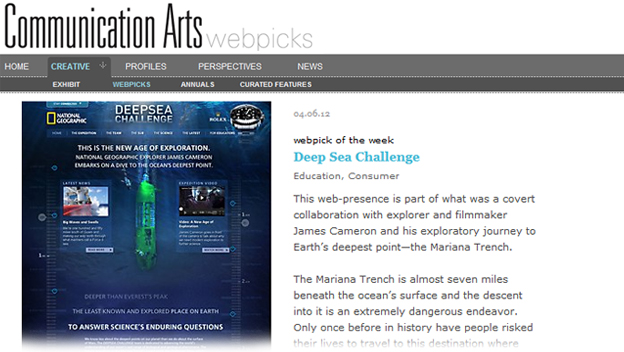 Comm Arts Webpick of the Week

Our good friends at CommArts.com dive deeper into our Deep Challenge website and feature it as the Web Pick of the Week. Developed in secret with the National Geographic Channel, the site profiles filmmaker James Cameron's…
Continue Reading 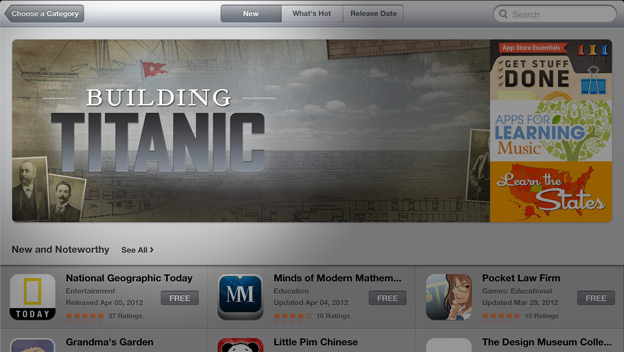 With over 200 ratings in its first week the app scores over 4.5/5 stars! Learn more about the “Building Titanic” iPad app from the National Geographic Channel and Neo-Pangea or download it for free in the iTunes store.
Continue Reading