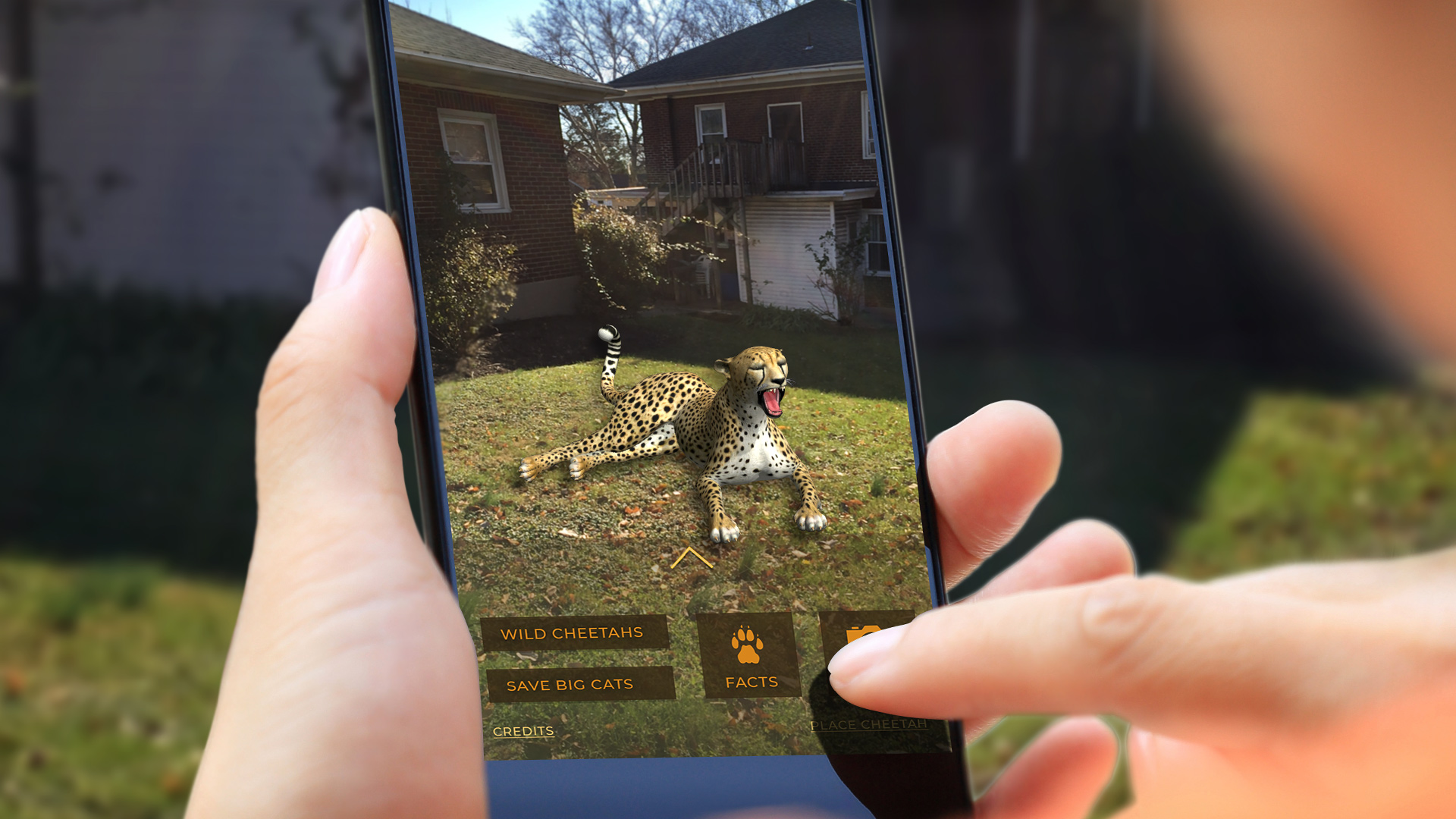 AR for a Cause

The strange thing about reality is that we sometimes have to step outside of it—or look at it from a different perspective—to truly understand it.

Thanks to smartphones with touch screens and rear-facing cameras, we don’t have to go very far to change our frame of reference. One press of a button can show you how your living room will look with new furniture. Or your exact run route from a bird’s-eye-view. Or where your friends are at an event.

It can even help save an entire species from extinction. Before you think “that’s a stretch,” keep in mind that the first step toward change is to raise awareness. And that’s exactly what we did for the Cheetah Conservation Fund. Using the magic of Apple’s AR software development kit (ARKit), we developed a virtual cheetah AR experience to educate the masses about the declining numbers of this exotic animal.

We couldn’t bring people to cheetahs, so we did the next best thing: brought the cheetahs to them.

The app is designed to gives users the illusion they are sharing a space with a 3D cheetah. To reinforce the idea that these big cats aren’t just oddities confined to a zoo or untouchable creatures, we wanted the experience to feel less like a digital toy and more like a real, face-to-face encounter. Users can simply point a smartphone anywhere—from the sidewalk to a living room—and the app places an interactive cheetah in that setting.

To make the experience feel as organic as possible, we opted for mechanics built around object detection and triggering (instead of pressing a button). The animal poses and behaves in different ways depending on a user’s actions and proximity. Because of how AR works, the only real information we have about a user comes from his or her device (e.g., how far off the ground the phone is, how quickly it is moving in the air, and how far from our virtual spawn-point it is at any given time). When we sat down to figure out how to make the cheetah behave as realistically as possible, we created a matrix that compares a user’s speed and distance from the cheetah. When one of these values changes, it acts as a trigger to switch the cat into a different behavior group (which contains all of the researched activities that the animal might exhibit). Within each behavior group, the cheetah transitions between activities to simulate realistic life. For example, the cheetah acts as if nobody's watching from far away. As someone approaches, however, it might start to get uncomfortable and defensive. 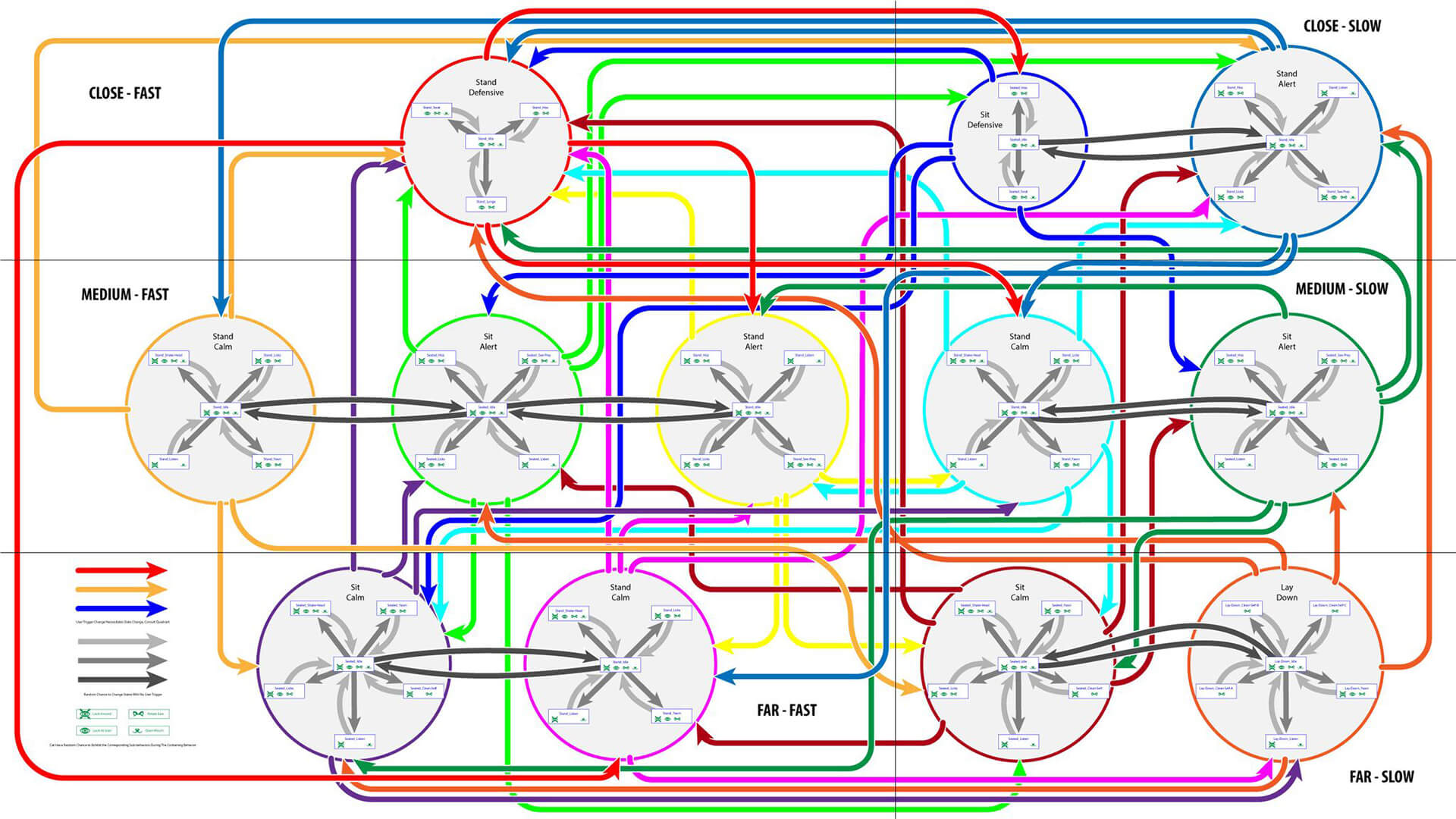 Of course, living creatures rarely make the exact same movements. To keep the cheetah’s behavior unpredictable—and preserve the illusion—we set up random paths between behavior groups in the same matrix quadrant. Then, within any of the cheetah’s activities, we broke out the ear, head, and eye animations separately, and allowed them to realistically trigger on their own. This way, even if a user sees the cheetah yawn twice, the head, eyes and ears will move differently to make second yawn look different from the first.

Reach and relatability are two must-haves for raising awareness, and technology is the basis for both. The advancement of handheld technology and software development kits, coupled with detailed design and development considerations, have made it possible for thousands of people to experience an endangered animal up close and personal.

By changing the perspective of the reality people experience every day—one that gives them first-hand access to learn about cheetahs, explore the challenges it faces, and even take it one step further and make a donation—we’re not just augmenting reality, we’re augmenting how we can raise awareness that leads to real change.

Learn more about the app and download it here. 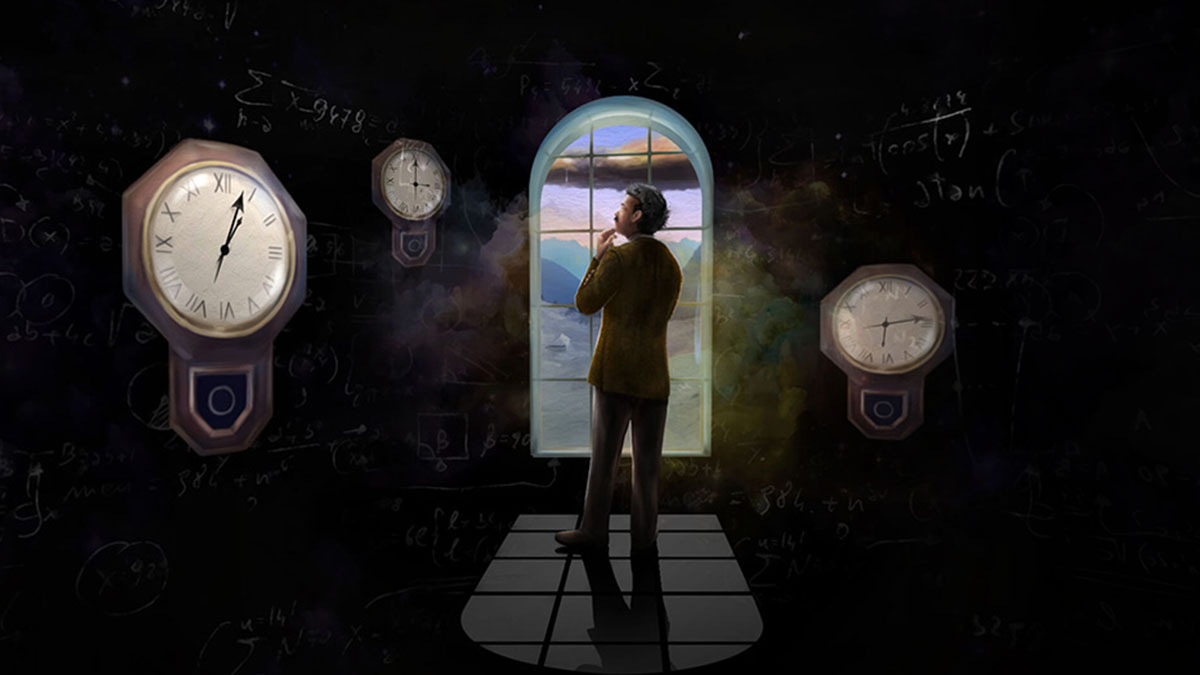 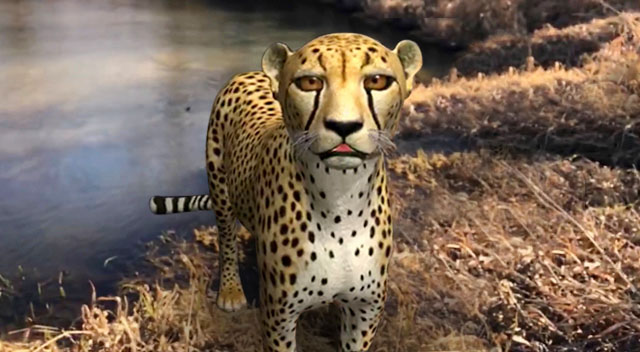 Help #SaveTheCheetah by Using Augmented Reality Interact with a virtual cheetah up close and help the Cheetah Conservation Fund to save this endangered species Alexandria, VA. (December 4, 2017) — With fewer than 8,000…
Continue Reading 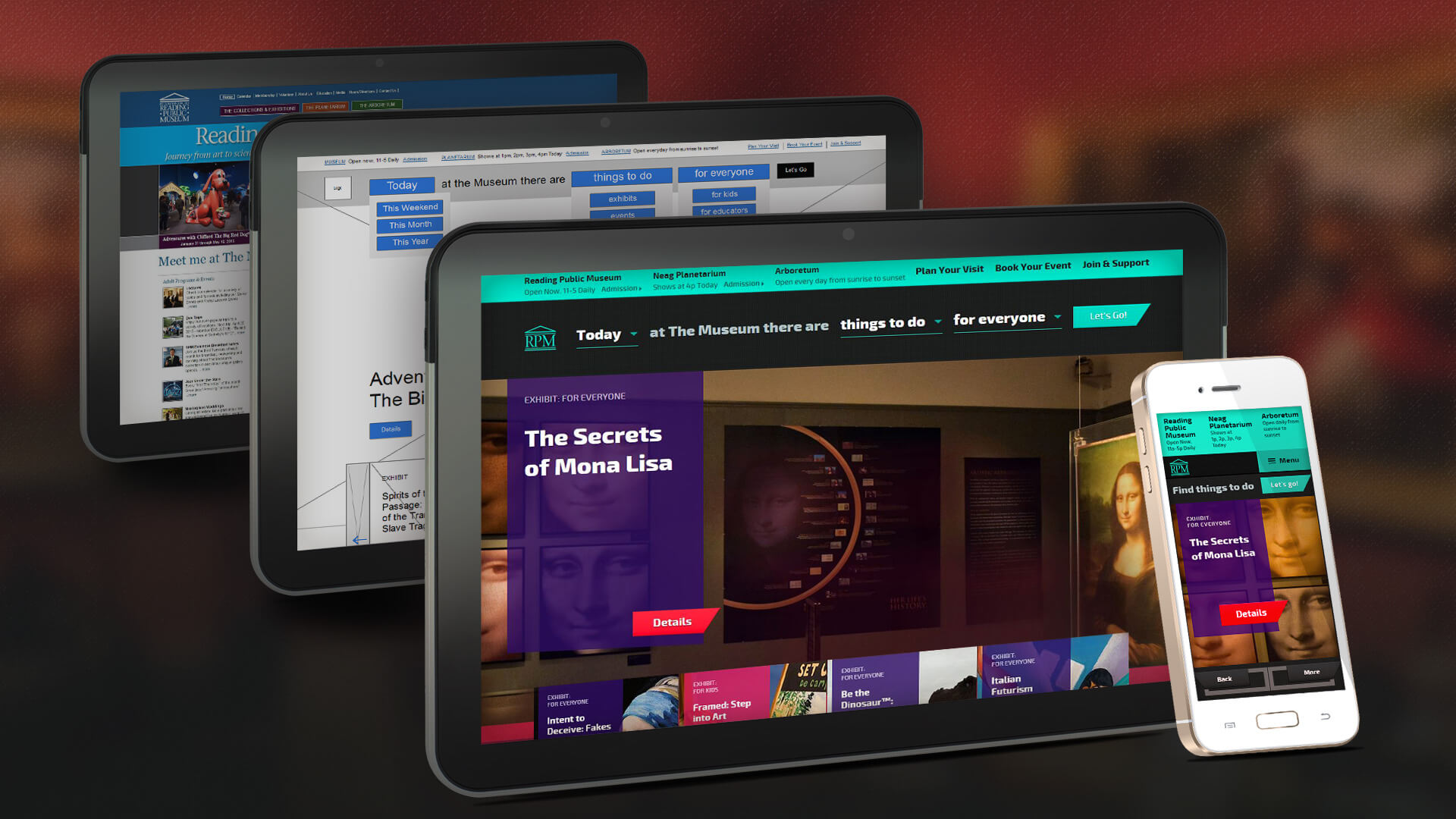 The Challenge When we first spoke to Reading Public Museum, its website might as well have been an artifact in the museum. The museum recognized that an overhaul of its online presence was the first step to better serving…
Continue Reading