Neo-Pangea The story behind the name...

Over the years there is one question that comes-up constantly from Clients and fans of our work. That question being: “What does Neo-Pangea mean anyway?”. We’ve preferred to keep the meaning of the name allegorical for many reasons. The primary reason being that it keeps us mysterious and the ladies dig mysterious guys.

So now that most of us are married I felt it was time to get Oz out from behind the curtain and explain this most potent enigma. The close minded may have believed that the name was chosen simply because it sounds cool, but there is far greater meaning than that I assure you.

The story begins almost twenty years ago when I first met the fledgling wunderkind Brett Bagenstose. At that time Brett was playing around making digital animations in our High School media lab. We met while working on a local weather segment for our High School’s weekly student broadcasts. He showed me a computer generated image of some spaceships that he was working on for a project. Unimpressed, I thought “Nice work nerd, where’s that gonna take you.” Flash forward to the present and here I am working for the nerd in his digital creative boutique.

Anyway, that’s just a little historical moment to put the overall theme of this post in context. Back then, when Clinton was president and the Pepsi Clear flowed like wine, the internet and digital animation was an unknown. I should clarify by saying, it was around, but we certainly weren’t using it and it had yet to change our everyday lives.

A few years later I was hanging with Brett again and at this point the net was really booming. He mentioned how he’d like to start a digital company someday, but was struggling with what to name it. He knew that what he would produce would most likely reside on the internet and was trying to think of a name that would describe this bold new landscape as a canvas for his art.

From the Latin he got: “Neo” a prefix meaning “new”. That’s what this business and technology was…something new! Perfect! Part one decided!

Neo-Landscape sounded like he was planting bushes or something….no good. Plus, if you’re using one Latin word it’s better to complete a phrase.

Brett felt that this new landscape created by the internet was free of borders and distinction by nationality or culture. It is one digital continent where all people can wonder, communicate, exchange ideas, display art, provide information and most importantly play. From that emotion came the second part of the name.

“Pangea” (also Latin based) was the super-continent that existed during the Paleozoic and Mesozoic eras about 250 million years ago, before the component continents were separated by geological evolution into their current configuration. My friend’s impression of the networked digital world, the world that the internet created was the inspiration for the name.

We get older, new generations are born and we often lose perspective on how much the world has changed. The name of our company “Neo-Pangea” stands as a reminder of how this new frontier has the power to unite us…

Mull that over for a while and then check out the new fart app. Shane made for his I-Phone!

After reading Keith Peter's USB microscope posts, I was inspired to interrogate the world around me with fresh eyes. Also, I wanted so badly to get my hands on one of those wonderful toys and spark my 2 year old son's interest…
Continue Reading

Not Your Grandpa's Flash Industry Anymore

The days of Flash developers being able to write code once and deploy to a single format is coming to an end. This concept was one of the things that attracted me to Flash in the first place. With the mobile market booming…
Continue Reading 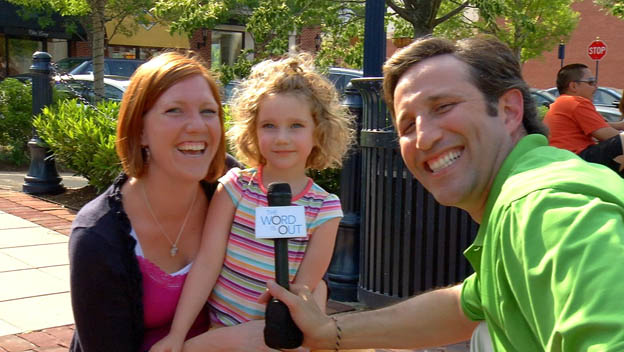 The campaign started with a simple notion behind the idea, 'Because We Live Here Too', and has flourished into something that has really resonated with the Virginia community. The agency cast a local Philly favorite in Pete…
Continue Reading