"Where in the hell is Reading, Pennsylvania?"

We get that a lot. It's one of the most exciting moments of our capabilities presentations. Whether we're pitching in DC, presenting in New York, meeting in LA, or syncing up on a project in our virtual back yard in Philly, it always comes up. The question may be less about a geography lesson than reaffirming that we live here on purpose.

Yes we have electricity and yes we live here on purpose.

Large corporations and agencies are half amazed and half refreshed by our locational choice. Usually, we're at the same table with them because they have already seen the caliber of our work. They know that we are who we say we are - they just don't understand how it's possible.

It's possible, and it's exceptional.

Reading, PA has a long history of triumphs. The site was chosen in the early 1700s by the sons of William Penn. It was named after Penn's hometown - Reading, England. Settled primarily by the Dutch, a common dialect was developed here (and still spoken today) called Pennsylvania Dutch. By the revolutionary war, Reading was producing more iron than the entire country of England. The later centuries brought some of the first canals, turnpikes, trolleys, pretzels, the worlds first outlet centers, a modern medical hospital, and its own brand of motorcycle, automobile, and railroad.

The Reading Railroad was one of the first in the country and one of the most prosperous corporations in the United States. By 1871, it was the largest company in the world and may have been the first conglomerate in the world. Reading produced its own locomotives in the heart of the city. To support the booming industry it was also rumored to have the most bars per block of any city and a pretty important socialist mayor. With the popularization of automobiles and the reduced need for coal, today the Reading Railroad will only live in infamy on a square on your Monopoly board game.

It's a nice location, complete with a view.

Reading sits in a sweet spot. We're nestled in a mountainous (albeit small mountains) valley that's 50 miles north-west of Philadelphia, 125 miles south-west of New York City, and 140 miles north of Washington DC. Within an hour you can be in an amusement park or ski lodge. In a couple hours you can be on the beach or watching a broadway show.

You can own an inner city row home for $30,000, a victorian painted lady mansion in the historic district for $100,000, a 10 acre farmhouse for $200,000, or a McMansion in the burbs for $300,000 -all within miles of center city. NBC's Today show featured Reading as one of the top four "Up and Coming Neighborhoods" in the United States as showing potential for a real estate boom. This old house listed the Reading Historic District as the Best Old House Neighborhood of 2008 and described it as, "Mid-Atlantic's most perfectly preserved historic neighborhoods—selling at thrift-store prices".

I'm not going to lie to you.

Now that I've shown you the rainbow, I'll reveal that's there's no pot of gold. The city has seen it's share of recession and cuts backs. We're rallying back from the the highest crime rates per capital in the country. We are ranked as the 21st most dangerous city. We have Crips, Bloods, AND Latin Kings. Yea, we're that hardcore. Even NBC's Tom Brokaw came here and was like, WTF?

There is a silver lining, or maybe a tarnished silver that can't afford the polish.

The crime rate is lowering and the main street is booming. After living a claustrophobic lifestyle in a large city, the affordable, spacious, and walkable West Reading area is attractive. You can own a car and have the luxury not to need to use it. You can own a house with a yard and send your kids to an amazing school district while still being able to ride your bike to the coffee shop. You can stand out front of a wine bar, next to a bistro, and look across the street and see a creperie, sushi bar, and French brasserie just to finally decide to skip them all and get dessert at a gourmet chocolate shop. This isn't New York, but it is pretty special.

We work hard at Neo-Pangea, there's no doubt about that. It's certainly true that we do have some growing pains being out here, away from our clients and other agencies. But, we seem to attract the sort of amazing talent that's done the 'big city' thing and is ready to move on, but just not too far away from it all. 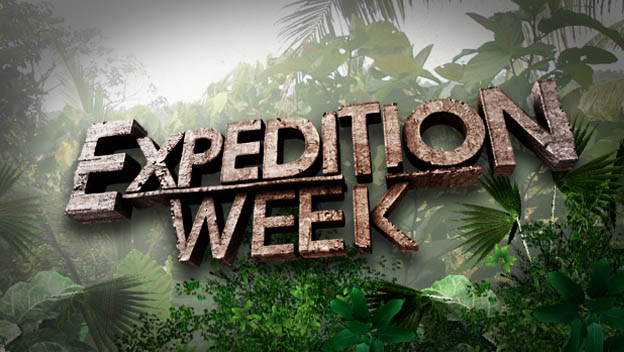 Flash Will Survive - HTML5 will too

Across the tech community, it seemed like the news that Apple wasn't going to support Flash on its mobile platforms signaled the end of an era. After years of side-choosing, name-calling, and grandstanding, the conventional…
Continue Reading