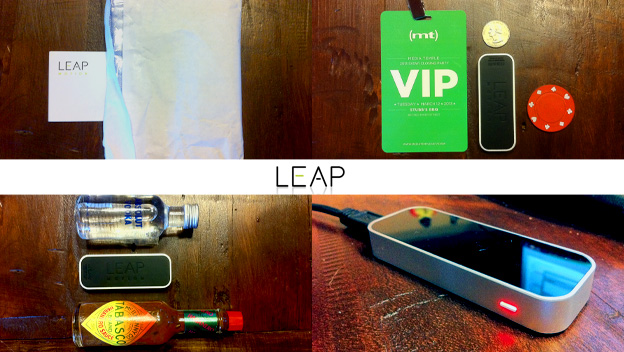 At Neo-Pangea, we pride ourselves on being at the forefront of innovation, which, in truth, is a more professional way of saying that we feel like little kids in a large candy store every time an exciting new gadget hits the streets. We love experimenting with shiny new tech of any stripe and seeing what new wonders we can craft with it.

Our team attended this year's South By Southwest Interactive Awards to cheer for our "Intern Abuser," which made it to the finals in the "Amusement" category. Sadly, we didn't win (congrats, Contre Jour), but the trip gave us a perfect excuse to survey all sorts of bleeding-edge gizmos. With so much to see, experience, and drink, our biggest problem was deciding how to spend our limited time amongst the sea of geek-infused bad-assery.

On our way to a sinfully delicious barbecue lunch, we passed a tent shielding the Leap Motion crew from the blazing Texas sun and resolved to see what they had to offer. In case the Leap Motion Controller hasn't hit your tech radar yet, it's a teeny-tiny peripheral that enables gesture-based computer control so accurate that it tracks individual fingers. Having already experimented with Microsoft's Kinect device, we were curious to see what differences Leap would bring to the motion control experience.

By engaging in some pointed tech talk and friendly nerd bonding, we demonstrated the strength of our formidable Tech-Fu and patiently worked our way through several levels of "gatekeepers" with increasingly technical knowledge of the device. Clearly, Leap Motion wanted to give the general public a chance to casually experience the controller, but they were prepared and eager to get serious with interested developers and content creators like us.

We managed to charm a pre-release Leap unit from the knowledgeable on-site reps, who went all cloak-and-dagger on us by discreetly delivering the goods in a non-descript white envelope. As you can see, we've already gleefully ripped open said envelope and installed this tiny wonder on one of our office workstations. We've already begun dreaming up ways to implement Leap control into more Neo-Pangea projects than you can shake a stick at (which may wind up being how you control some of them).

We'd like to extend our gratitude and best wishes to the fine people at Leap Motion as they prepare to launch their little magic box in the next few weeks. We predict a wild ride and a tenfold increase in productive gesticulations for all concerned. 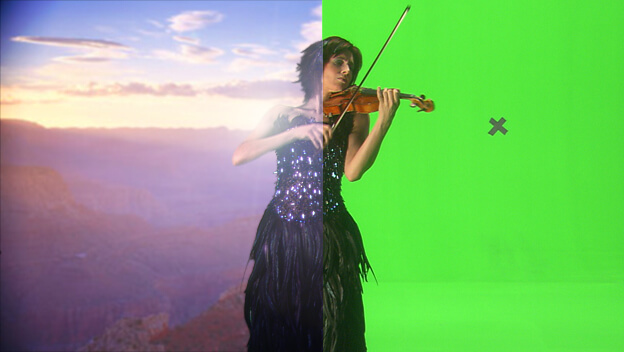 Lament of the Green Screen Heroes

Innovation is absolutely essential to the success of any business. The moment you become "one of the many", you have to compete. During the Oscars this year, the visual effects industry came together in protest to create…
Continue Reading 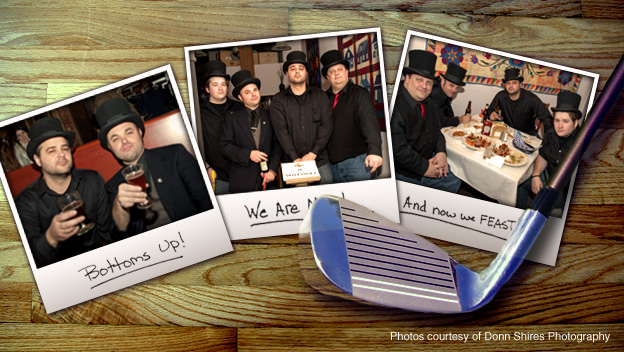 In addition to creating some of the most mind-bogglingly innovative electronic doodads and sublime artistry this side of the Louvre, members of the Neo-Pangea Society care deeply about our local community and helping the…
Continue Reading 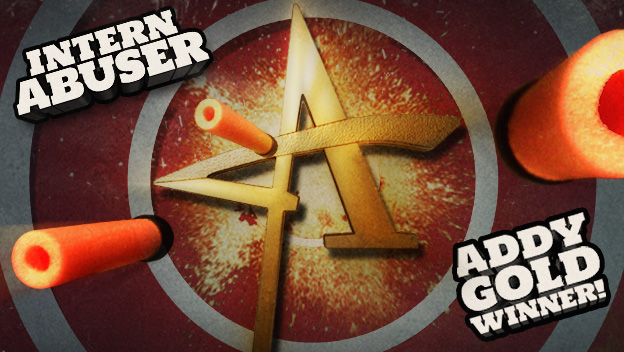 It seems that the fine people at the Philly Ad Club favor our Intern Abuser event more than most interns. Our robotic masterpiece was honored with a 2013 Gold Addy Award in the "Advertising and Promotion- Games" category. A…
Continue Reading