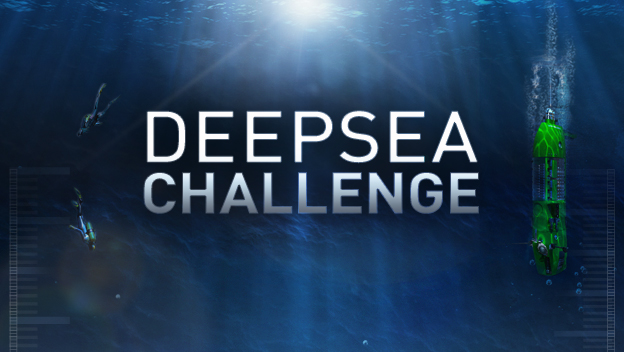 James Cameron will soon embark on a solo submersible dive nearly 7-miles (11-kilometer) to the deepest place on Earth, the Mariana Trench. Cameron, a National Geographic explorer and filmmaker, best known for directing films such as Titanic and Avatar, will make the dive alone in a custom-built submersible.

You may be among the first people to learn the truth behind one of the best kept secrets of the decade.  Using Avatar 2 as a red-herring, Cameron's exclusive team of engineers, scientists, educators and journalists has been working to Challenger Deep, the deepest part of the western Pacific’s Mariana Trench.

Cameron has put himself on deck with National Geographic for his DEEPSEA Challenge expedition. The Mariana Trench is the deepest point on earth, almost seven miles beneath the ocean’s surface, and the descent into its depths is an extremely dangerous endeavor. The dive can take place at a moment’s notice.  Just like launching the space shuttle, weather and oceanic conditions have to align properly for the event to safely take place.  More is known about the surface of the moon than about our ocean’s floor.  Only once before in history has anyone risked their lives to travel to the Earth’s deepest and darkest destination where light doesn’t penetrate and the pressure can be about a thousand times what we experience on land.

The After years of preparation, the dive takes place about 200 miles from Guam where Cameron, as expedition leader and sub pilot, will continue the work started in 1960 by Don Walsh and Jacques Piccard, the first men to dive the trench in the historic submersible the Trieste.  The Trieste only allowed Walsh and Piccard a workspace equivalent to the inside of a refrigerator and no tools for specimen collection.  Conversely, Cameron hopes to capture scientific specimens from the enigmatic location.  To accomplish this goal, he has outfitted his advanced DEEPSEA sub with multiple cameras and a robotic arm for scooping up rocks and deep-sea creatures. The samples collected by Cameron and his team may lead to historic discoveries in geology and marine biology.

James Cameron is more than an Academy Award-winning director.  He’s an experienced diver and an avid explorer who has completed 72 submersible dives and leader of seven previous deep-ocean expeditions.  Last year he was named a National Geographic Explorer-in-Residence. Besides exploring the wreck of the Titanic for his Oscar-winning film about the ship, he has produced several acclaimed underwater documentaries, including his first digitally shot Imax 3-D film, Ghosts of the Abyss, in 2001. Traveling to the bottom of Challenger Deep has been a long-term goal of his.

The DEEPSEA Challenge promotional website, created by Neo-Pangea, is a combination of HTML5 parallax and Flash animations that draw the visitor into the expedition’s murky and mysterious depths.  Since the momentous dive can happen with little notice, the website’s goal is to gather visitor’s contact information through a short form so they can be notified to tune-in when the live event is occurring.

Visually the website simulates for the visitor the experience of piloting the DEEPSEA sub themselves.  The vertical scroll and layered elements give the site the appearance of depth that can be utilized to dive deeper and deeper into the content of the site.  Descending into the sea, the sunlight light dims behind informational content that is flanked by animations of the divers, the sub, research robots and sea-life until the rocky outcroppings and the bottom of the trench appear.

George Mallory made what is perhaps the most famous quote regarding exploration.  When asked why he undertook the expedition to climb Mount Everest he simply replied “Because it’s there.” Like Mallory, Cameron dauntlessly looks to this most formidable destination as an opportunity to promote scientific discovery and exploration.  He hopes that his journey inspires others to embrace exploration and discovery “Imagination feeds exploration,” he says. “You have to imagine the possible before you can go and do it.”

Neo-Pangea is an innovative digital creative boutique that specializes in digital video production, Web design, 3D design, interactive experiences, and live-environment multimedia.  It has created successful promotions for Fortune 100 brands across the globe such as National Geographic Channel, Comcast, and Wal-Mart. For more information, visit www.neo-pangea.com.

Based at the National Geographic Society headquarters in Washington, D.C., the National Geographic Channel (NGC) is a joint venture between National Geographic Ventures (NGV) and Fox Cable Networks (FCN).  Since launching in January 2001, NGC initially earned some of the fastest distribution growth in the history of cable and more recently the fastest ratings growth in television.  The network celebrated its fifth anniversary January 2006 with the launch of NGC HD which provides the spectacular imagery that National Geographic is known for in stunning high-definition.  NGC has carriage with all of the nation's major cable and satellite television providers, making it currently available in nearly 70 million homes.  For more information, please visit www.natgeotv.com. 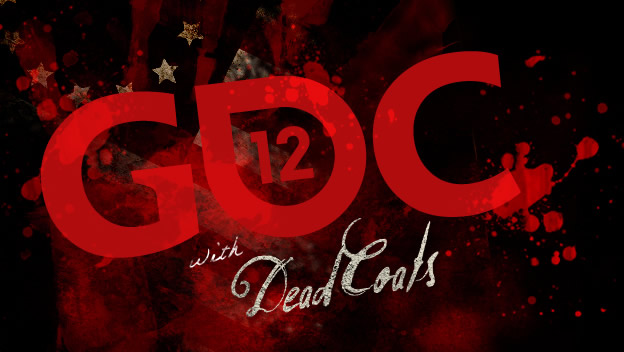 Thousands of connoisseurs will get to experience our personal brand of undead tom-foolery while howling the unmistakable one-liners of a Founding Father/Action Hero. The GDC is the world’s largest and longest running annual…
Continue Reading 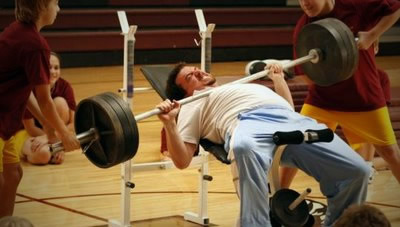 Love It or Leave It

My dad has had the same job since he was in his 20's. Working for the city parks department isn't glamorous work no matter what Amy Poehler says. He is one of the hardest working people I know and he instilled those values…
Continue Reading