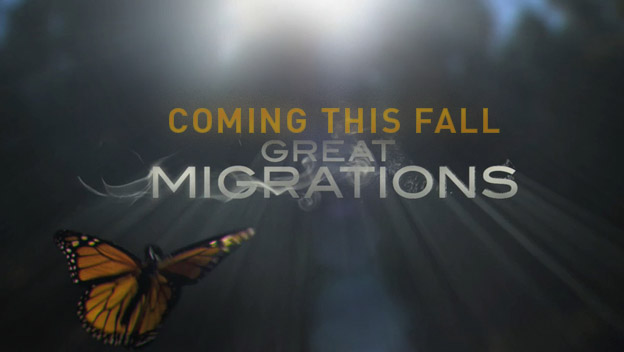 It's been said that a bunch of wild animals are running the show at Neo-Pangea… and now that rumor has been confirmed. The herd at Neo-Pangea sharpened their claws when they joined forces with the National Geographic Channel to create their most ambitious interactive experience to date.

Great Migrations is a world-wide programming event. The seven-hour miniseries, scheduled for fall 2010, will be presented in high-definition and include four core hours focused on animal migrations across the globe. Still in production, Great Migrations, the most monumental pursuit in the National Geographic Society's 120-year history, features advanced film technology to capture spectacular footage and rare behaviors of the migrating animals.

"Sometimes when I'm at home I imagine that I'm a zebra, now I have an excuse!" said Neo-Pangea's Creative Director Brett Bagenstose "I can't keep my hands off this website. When I want to play "zebras" with my kids we check out these interactives and then become a herd galloping at full tilt across the veldt! Either that or a unicorn. Unicorns are pretty awesome too."

MOVE! is National Geographic Channel’s free online game celebrates the central theme of its global television event, Great Migrations — to move is to live. Sign in and create your migration-leader — command a herd of Zebras or Wildebeests on their arduous journey across the Serengeti. You are in control — keep moving and leave hungry predators in your dust — or — risk attack when you stop to graze and regain precious energy. Uncover surprising power-ups that give your herd special advantages over dangerous predators and unforgiving terrain.

However, you are not alone on your migration! Invite your Facebook friends to join you on one of 13 regional teams across the world in a global competition to build the biggest herd and complete the most migrations! Share or request power-ups with friends in your network and trade herd-members for temporary advantage. Play for the good of your herd, or work with friends on your team to build the biggest migration on Earth! Will you MOVE AS MILLIONS or SURVIVE AS ONE?

“The central idea behind this game is every person’s worst nightmare, but it’s everyday life for these animals. Your entire family is in danger and they are depending on you for direction and survival! You’re the leader and everyone you care about must come with you if they want to live...” said Neo-Pangea's Creative Director Brett Bagenstose using an Arnold Schwarzenegger accent. Neo-Pangea's Ambassador of Inspiration Aaron Beaucher responded to Bagenstose's comments by yelling, "Murderous Future Cyborg!"

A 3D Migration Globe is a Flash interactive that allows users to explore the migratory patterns of twelve different animals from space. When a land or sea dwelling animal is selected the user flies into its global position and the animal's current migration path and location is revealed as fluid, arching streams of light. Details about the creature and its travels are also provided to make you feel brainy.

The interactive itself was produced using a variety of 2D and 3D tools and techniques, including Papervision 3D for the globe and environment, the Flint particle system for tracking the animal data, and a trunk-full of custom-built effects. By placing a small, unobtrusive 2 meter tracking harpoon into each animals' most accessible orifice (as determined by our rather sore intern), Neo-Pangea has been able to obtain the geo-position information of a number of animals as they participated in their migratory patterns. This information is then fed into our Neo-Pangea Effects Supercomputer (NES) punch-card by punch-card to generate the beams of light seen in the map. So when you see a herd of animals streak across the ground, think of what those poor butterflies had to go through to make you smarter.

Join the migration for yourself, visit: natgeotv.com/migrations

Based at the National Geographic Society headquarters in Washington, D.C., the National Geographic Channel (NGC) is a joint venture between National Geographic Ventures (NGV) and Fox Cable Networks (FCN). Since launching in January 2001, NGC initially earned some of the fastest distribution growth in the history of cable and more recently the fastest ratings growth in television. The network celebrated its fifth anniversary January 2006 with the launch of NGC HD which provides the spectacular imagery that National Geographic is known for in stunning high-definition. NGC has carriage with all of the nation's major cable and satellite television providers, making it currently available in nearly 70 million homes. For more information, please visit http://natgeotv.com. 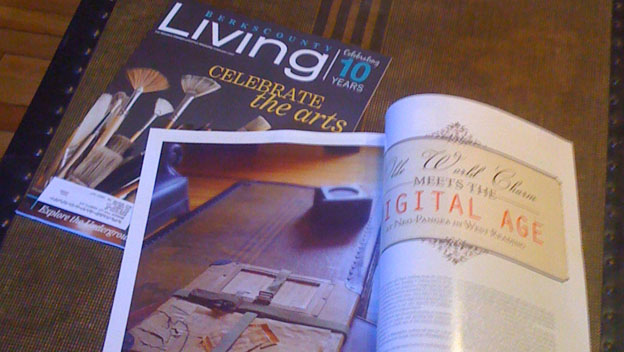 We were excited to show off our space and ramble on about the role of technology and modernism in life and work. Berks County Living is the only regional magazine dedicated to highlighting all that is unique and wonderful…
Continue Reading 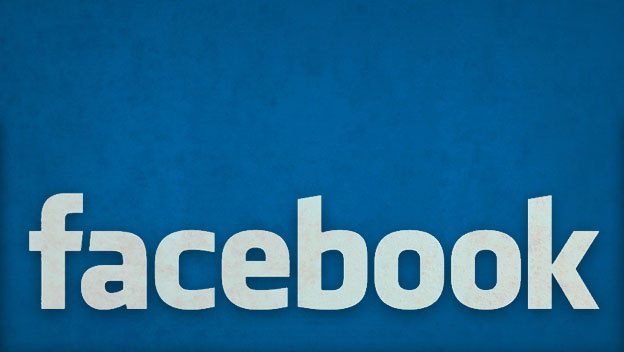 Yea, uh, so we've been so busy making Facebook applications and assisting our clients with social strategies that we never actually added anything to our own Facebook page. Well, the time has come. We'd love you to visit…
Continue Reading 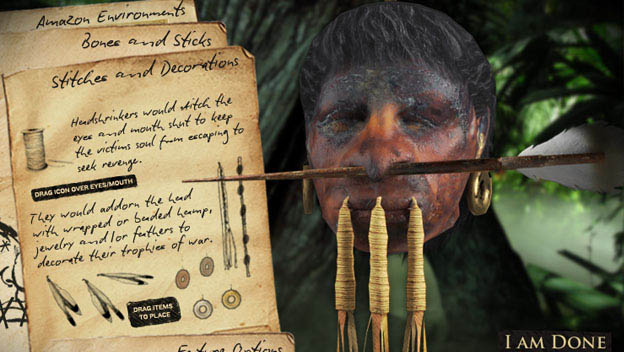 In an effort to contain the angry souls of their vanquished foes, the members of the Amazonian Shuar tribe would literally "shrink" the heads of their enemies. This process, which involves removing the skull and insides of…
Continue Reading