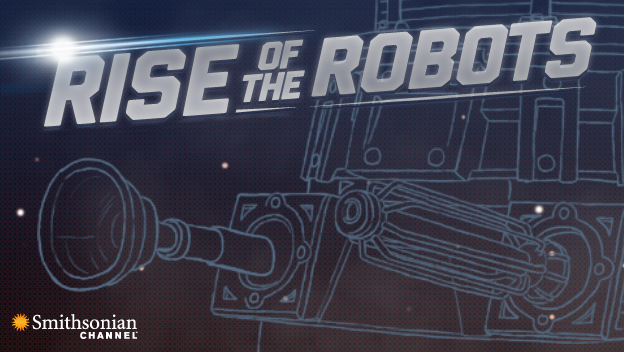 posted on Tuesday, October 8, 2013
by NeoPangea

Neo-Pangea is excited to announce that our latest collaboration with the Smithsonian Channel, Rise of the Robots: A Sci-Fi History of Mechanical Men & Hybrid Humans, will celebrate a century of innovation at the 2013 New York Comic Con and online at www.smithsonianchannel.com/robots.

Inspired by the story behind The Incredible Bionic Man, the world's first fully-functional humanoid, the Smithsonian Channel commissioned this interactive timeline that explores the history of cinematic sci-fi robots, androids, and modern-day cyborgs. The show explores the futuristic robotics, prostheses, and cutting-edge medical advances that comprise The Incredible Bionic Man, so it seemed fitting to examine the robots of the past as well.

Featuring a cast of more than 70 robots, androids, and cyborgs, Rise of the Robots: A Sci-Fi History of Mechanical Men & Hybrid Humans is a high-tech love letter to 100 years of cinematic dreams of the future. This beautifully illustrated timeline peers inside some of sci-fi’s most iconic characters via stylish technical diagrams that float by on a starry sea of parallax layers. Liberally sprinkled throughout the experience, original, shareable text modules offer insight about the characters and the symbiotic relationship between real science and science fiction. How is Robby the robot similar to an iPhone? How did Luke Skywalker inspire a generation of prosthetic designers? The answers to these questions and many more are waiting to be discovered in this fun, interactive experience.

During its maiden voyage, more than 100,000 attendees will have a chance to explore Rise of the Robots by manipulating a large touchscreen with their fleshy, unremarkable human fingers. Because we’re obviously living in the future, the experience is also available on desktops and mobile devices, making our high-tech labors available to inquisitive technophiles and sci-fi fans everywhere at www.smithsonianchannel.com/robots. 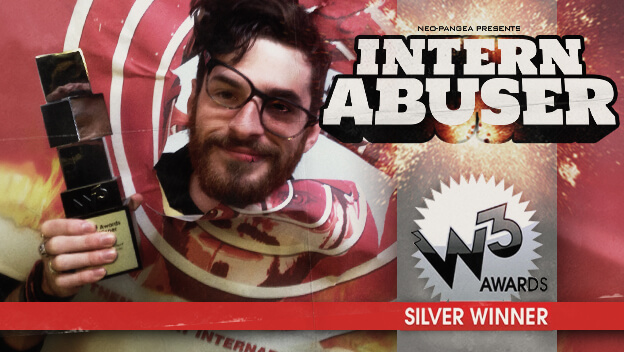 Almost a year after the slapstick carnage changed our intern’s feelings about Nerf guns and robots forever, Neo-Pangea's Intern Abuser continues to win prestigious awards. The latest accolades come in the form of a Silver…
Continue Reading 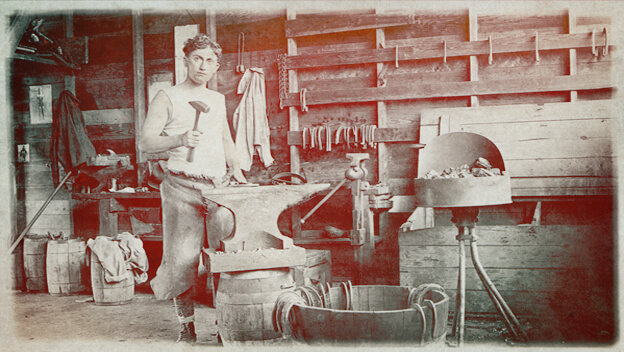 Old-School Apprenticeships in a New Era

Close your eyes for a moment and think back to fifth grade; what did you want to be when you grew up? A doctor? A space cowboy? A gangster of love, perhaps? If you're like most people, the chances are pretty high that what…
Continue Reading 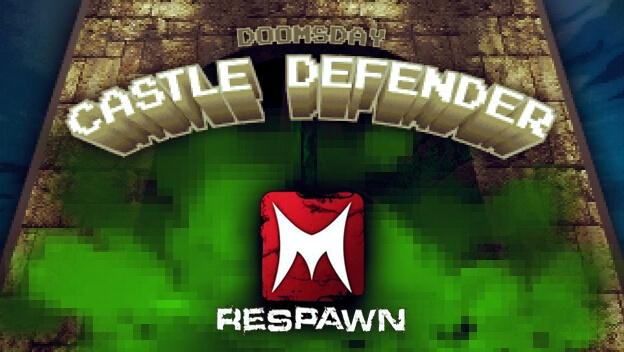 The Machinima Respawn crew recently girded their loins for battle and charged into the glorious build-and-defend gameplay of "Doomsday Castle Defender," our latest game for the National Geographic Channel. In this thoroughly…
Continue Reading