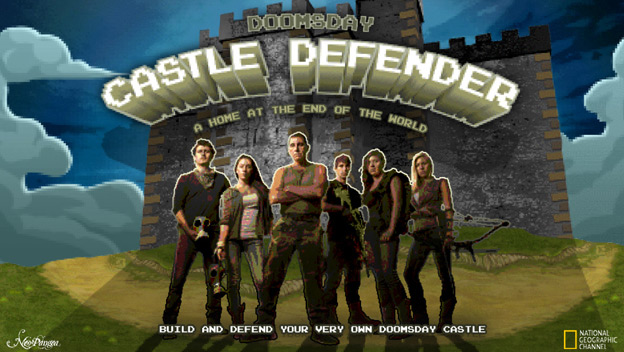 Check your supplies, and gird your loins for a lengthy siege! The apocalyptically talented team at Neo-Pangea is pleased to announce the launch of its latest bandit- and catapult-laden project, the "Doomsday Castle Defender" game for the National Geographic Channel.

Supporting the launch of National Geographic Channel's new series, "Doomsday Castle," this epic browser-based game tasks players with building and defending their own "home at the end of the world." Would-be castellans construct their castles using a selection of pieces and defenses featured on the "Doomsday Castle" show, such as catapults, fire moats, murder holes, and more. The game pays homage to ye olde video games of yore by using an 8-bit graphical style, an isometric view, and a sweet chiptune soundtrack to achieve the best classic videogame feel since the days of "Duck Hunt."

After the player's mighty castle has been finalized, avatars representing family members from the TV show are placed throughout the fortifications and the battlefield to defend their flag from invading bandits in this paintball-themed castle siege simulation. Just like in the show, the strong personalities of each family member affect how well they work together; placing allies near one another improves performance, while unchecked sibling rivalry can drag everyone down. Additionally, players are encouraged to share pictures of their castles on Facebook and the official castle gallery, where only the most impressive designs are shared with the world.

"Doomsday Castle" premieres on National Geographic Channel on August 13, 2013, but you can build and defend your own castle now.

Castles were the ultimate homes for the original preppers – kings and noblemen, who were under constant threat from neighboring enemies. But for American prepper Brent, a castle is the perfect defense for the doomsday scenario he fears will set the world back to the Dark Ages – an electromagnetic burst that causes massive power grid failure. Brent, with the help of his children, is on a quest to finish his towering castle that is isolated deep in the Carolina mountains. But the apocalypse he fears might shy in comparison to the clash of characters of his five children as they try to live and work together to prepare for the worst. If doomsday comes, will this family survive to rule the mountains, or will it self-destruct before the castle is ever completed? 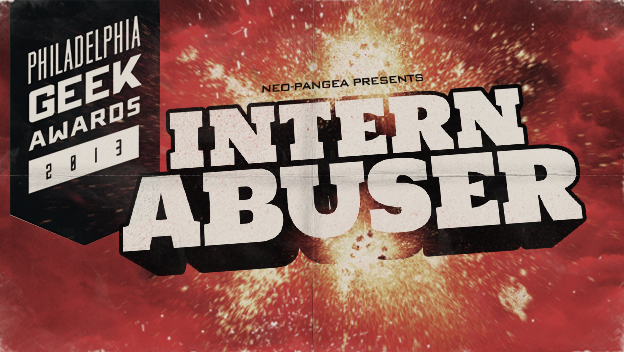 Like a robotic phoenix rising from the post-apocalyptic ashes, Neo-Pangea's Intern Abuser rears its mechanized head again, this time as a nominee for the Viral Project of the Year in the 2013 Philly Geek Awards! The Philly…
Continue Reading 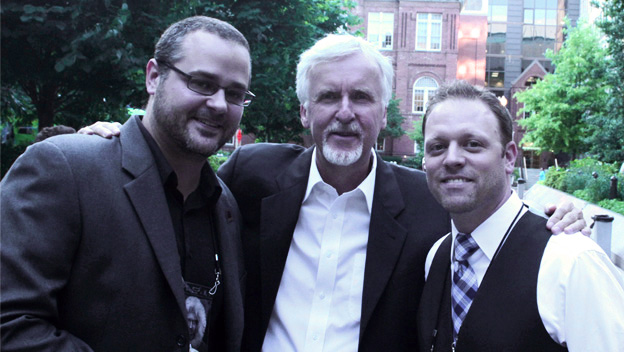 Even with so many exciting things going on at the moment, we thought we should come up for air long enough to share some fantastic news. The Nautilus Live website, which we designed for Bob Ballard's Sea Research Foundation…
Continue Reading