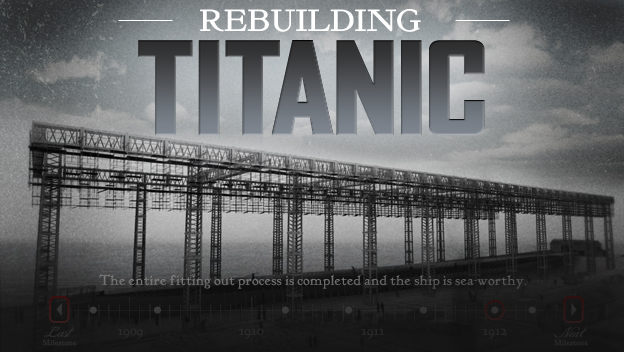 (West Reading, PA – June 23, 2011) To promote National Geographic Channel (NGC)'s two-hour special, Rebuilding Titanic, boutique digital agency Neo-Pangea partnered with NGC to create an interactive, multimedia experience of the infamous ship's history., Rebuilding Titanic, which encores on NGC this Saturday, June 25 at 9 p.m. ET/PT, sets out to re-create iconic sections of the Titanic, rebuilding massive parts of the ship by hand. A team of expert metalworkers and engineers will overcome the extreme conditions and challenges faced by the dedicated laborers who originally toiled to create the biggest, most luxurious ship the world had ever seen. The "Rebuilding Titanic" interactive timeline mirrors this extraordinary effort and invites viewers to travel virtually through time and explore the painstaking and awe-inspiring construction of the world's most famous ship.

Take a look at our process in this behind the scenes documentary:

An endeavor that took over two months, the "Rebuilding Titanic" interactive timeline began with a careful, stop-motion construction of a detailed model of the Titanic, with comprehensive layers of archival imagery and historical details to assure authenticity of the Edwardian era. From conception to the ill-fated maiden voyage, the chronological timeline allows users to navigate through over 100 photos, videos, and facts taken from key moments in the Titanic's history. While moving through the timeline, users can also watch an animation of the ship's construction in a time-lapse sequence, with an additional option to explore the completed ship in a 360 degree view.

Archival materials from the "Rebuilding Titanic" interactive timeline were generously provided by the National Museums of Northern Ireland, including rare photos and videos of the Titanic's construction force, its mechanical components and the ship in various stages of its construction, as well as the magnificent amenities.

"The National Geographic Channel is a dynamite collaborator. They offer us the opportunity to create some of the most intriguing experiences on the internet. The most exciting piece to date has to be this Titanic interactive." stated Neo-Pangea's creative director Brett Bagenstose. "It really sheds light on how massive an undertaking it was to create this nautical legend. There is a lot of random information out there for Titanic, but our piece brings it all into context. We believe that this site can also be used as a key educational resource for its historical content. We expect this interactive experience to become a quick favorite among Titanic fans everywhere even without Leonardo Dicaprio or a song by Celine Dion."

To experience the "Rebuilding Titanic" interactive timeline, visit our demo.

Neo-Pangea
Neo-Pangea is an innovative digital agency that specializes in digital video production, Web design, 3-D design, interactive experiences and live-environment multimedia. It has created successful promotions for Fortune 100 brands across the globe such as National Geographic Channel, Comcast and Wal-Mart. For more information, visit neo-pangea.com. 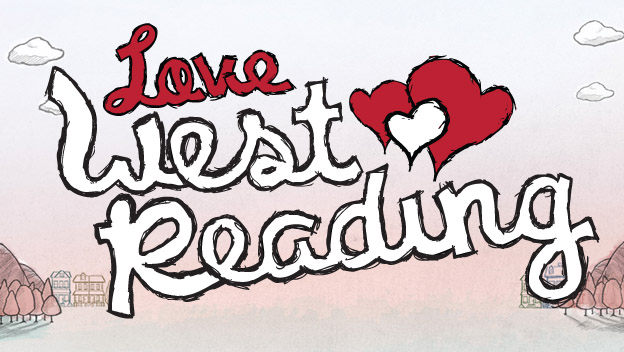 I love our 7D. So much that we have two of them. It's an affordable medium for super high resolution video. The lenses and work flow are far cheaper and easier than our old BFF, the Red One. For sure we will stick to the…
Continue Reading

However, the audio sucks. No headphone monitoring, no meters, no xlr input, no phantom power, and the worst part: AUTO-GAIN! For newbs, this means that you have very soft sounds in the back ground or pauses between dialogue,…
Continue Reading