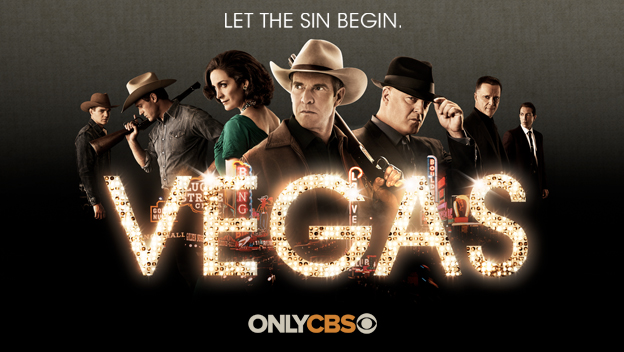 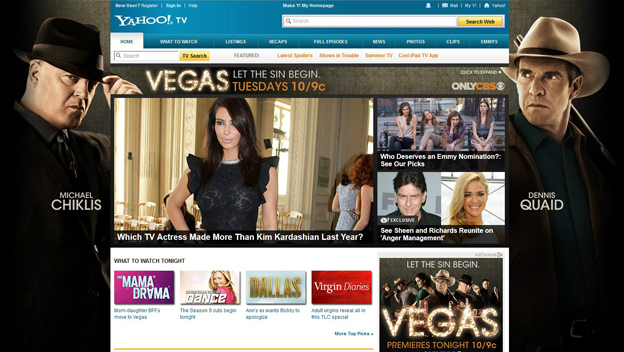 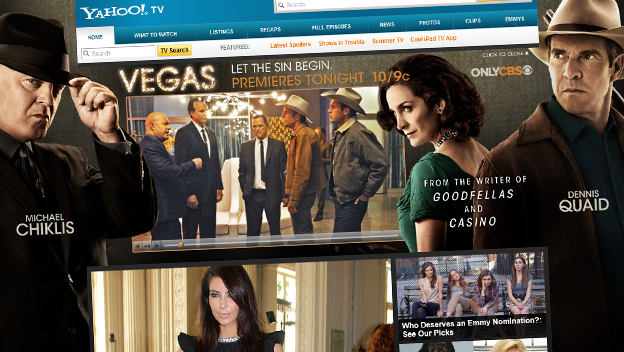 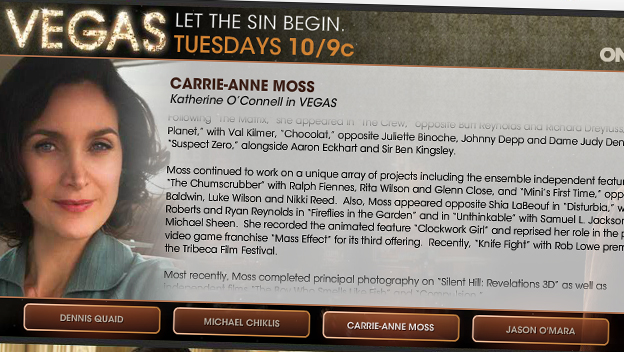 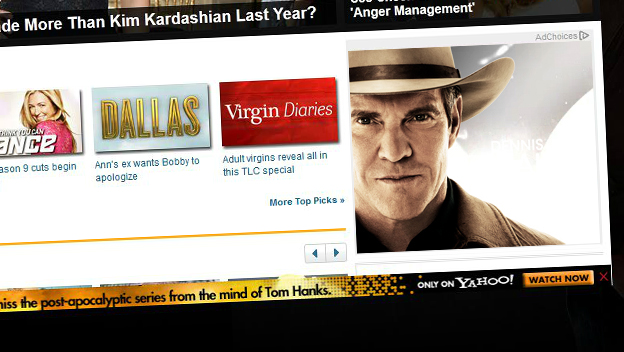 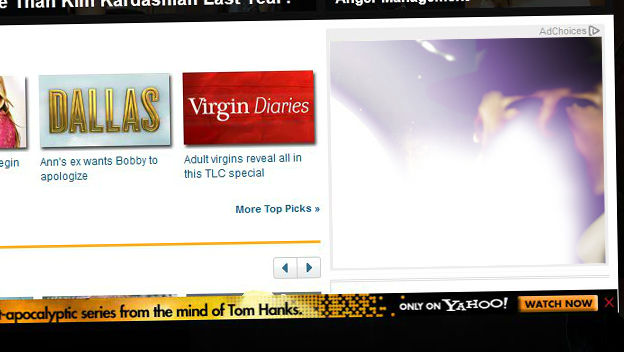 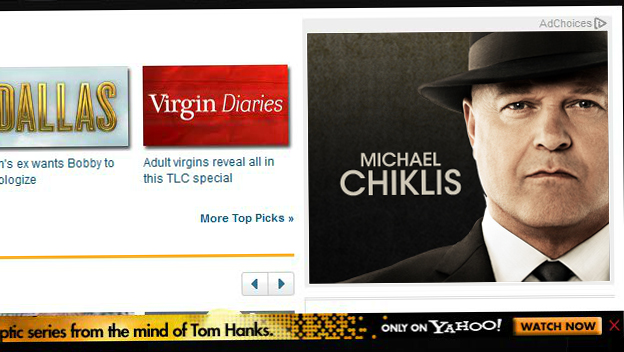 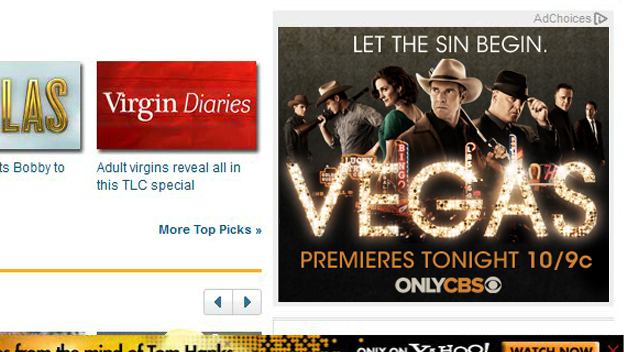 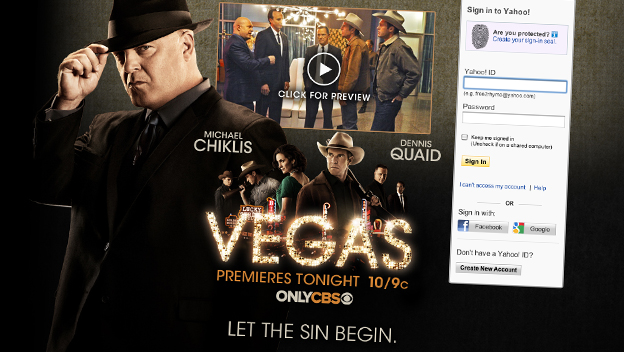 A TV series about Sin City, set in the 1960s, starring Dennis Quaid, Michael Chiklis, and Carrie-Anne Moss? Jackpot! Vegas tells the story of the nefarious early years of... Wait for it... Las Vegas. Looking to bet on a "sure thing," CBS hired us to arm them with enough Internet firepower to support the premiere of this vintage tough-guy drama. We helped raise awareness of this brash new series with a high-caliber digital campaign, which included a barrage of rich media units, mobile banners, Flash animations, and integrated site pull-down wallpapers. Quaid and Chiklis practically reached out of the screen and grabbed unsuspecting web trotters by their lapels.

To help viewers hit the ground running, cast bios, behind the scenes videos, and show promos were showcased on a staggering number of sites and devices, all leading up to the show's premiere. The campaign's colorful aesthetic was inspired by the bright lights and flashy theatricality of the country's favorite adult playground, the infamous Sin City. This aggressive digital promotion helped the show to overcome a tough time slot in a crowded field of new shows, resulting in a full-season order. Vegas wound up being the top-ranked new show of 2012, capturing an impressive sixth place overall.