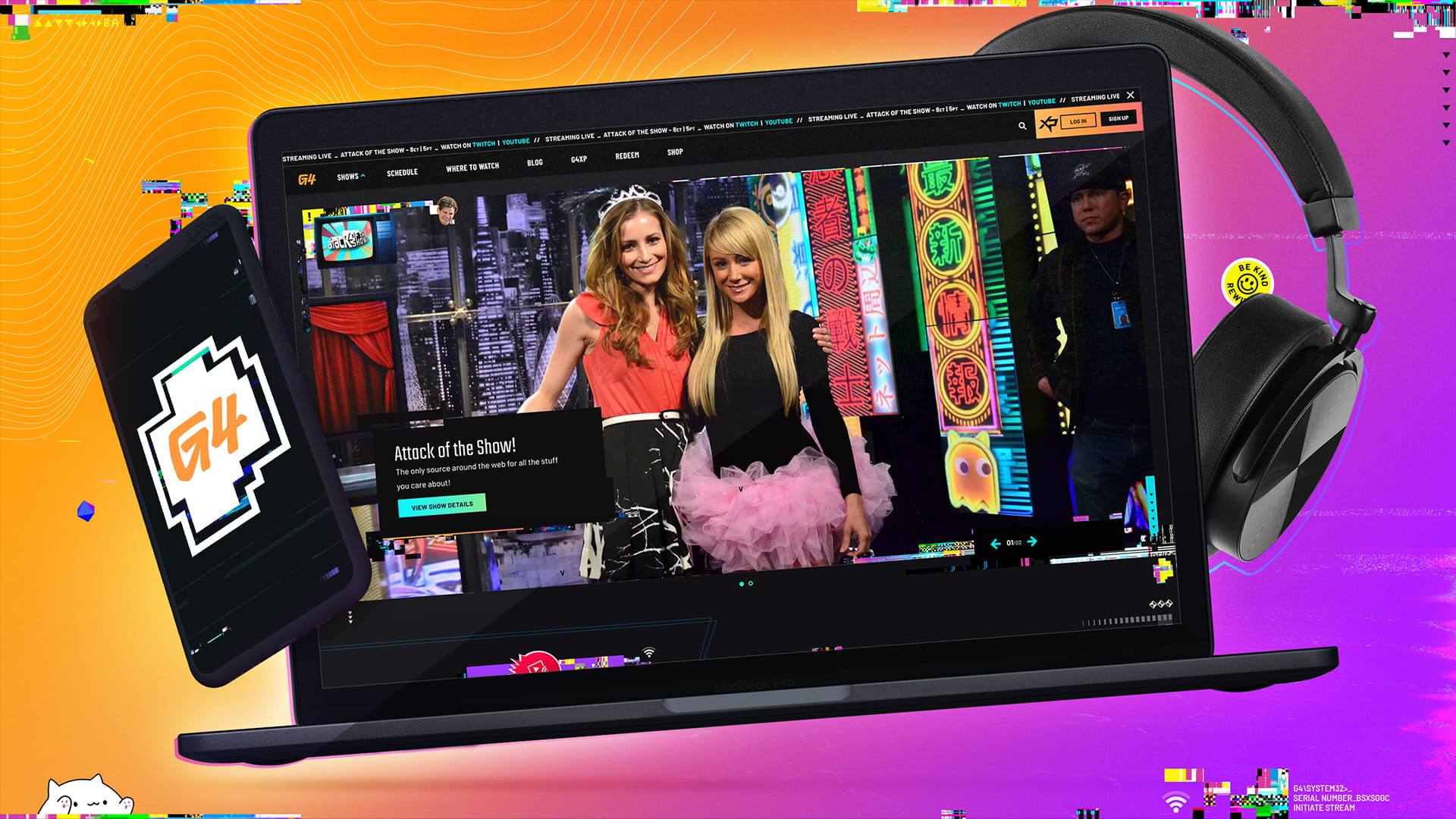 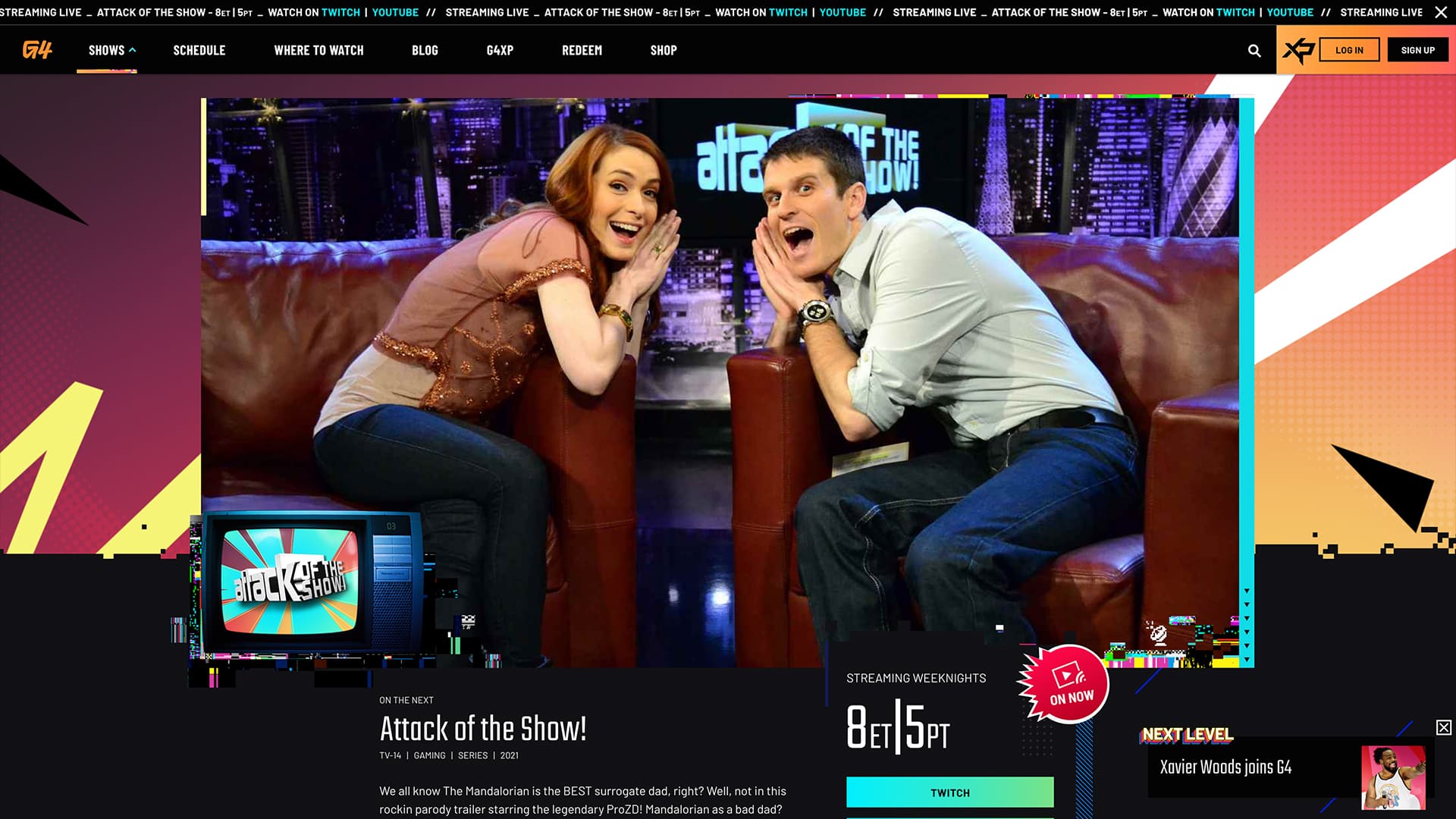 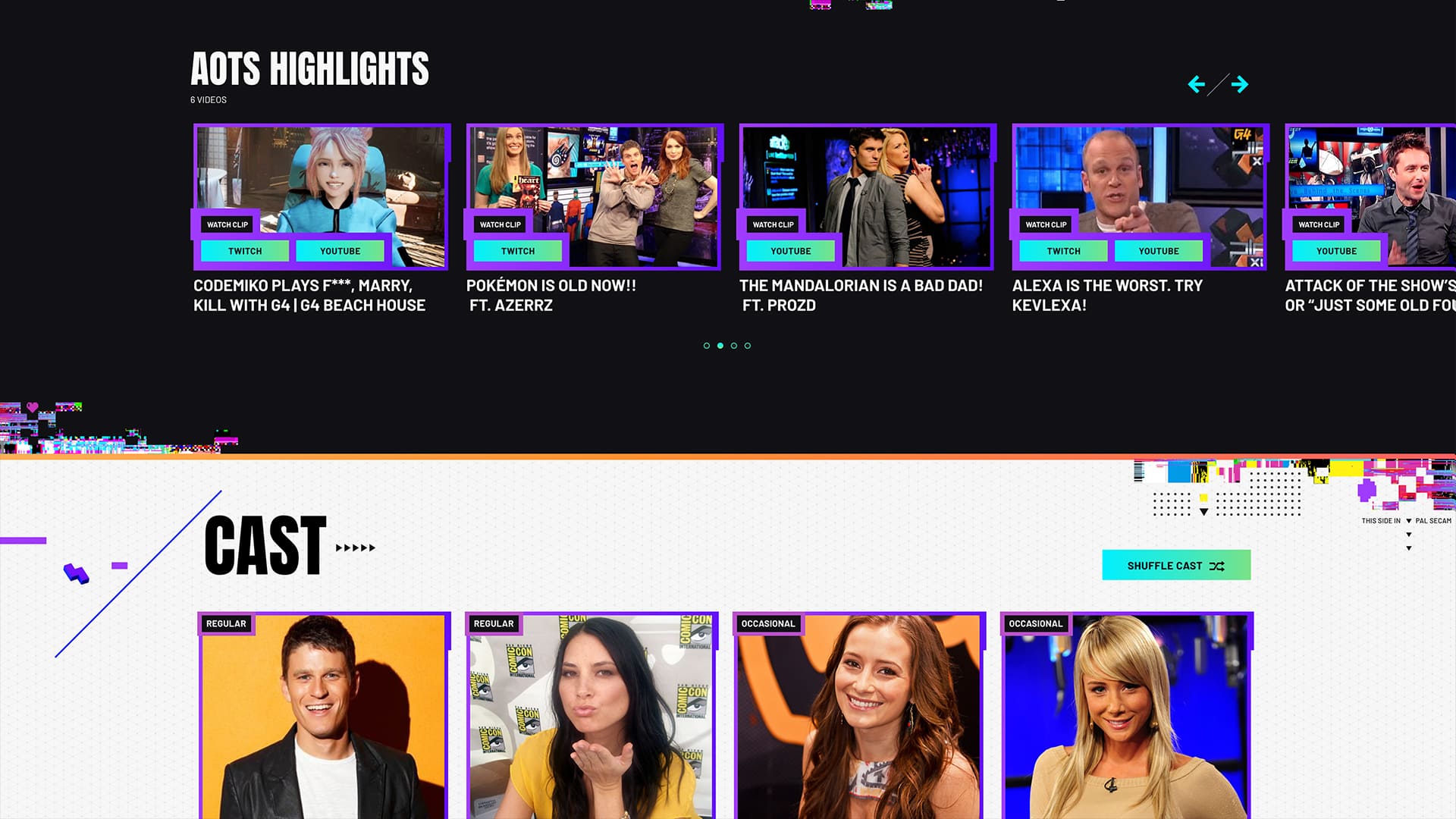 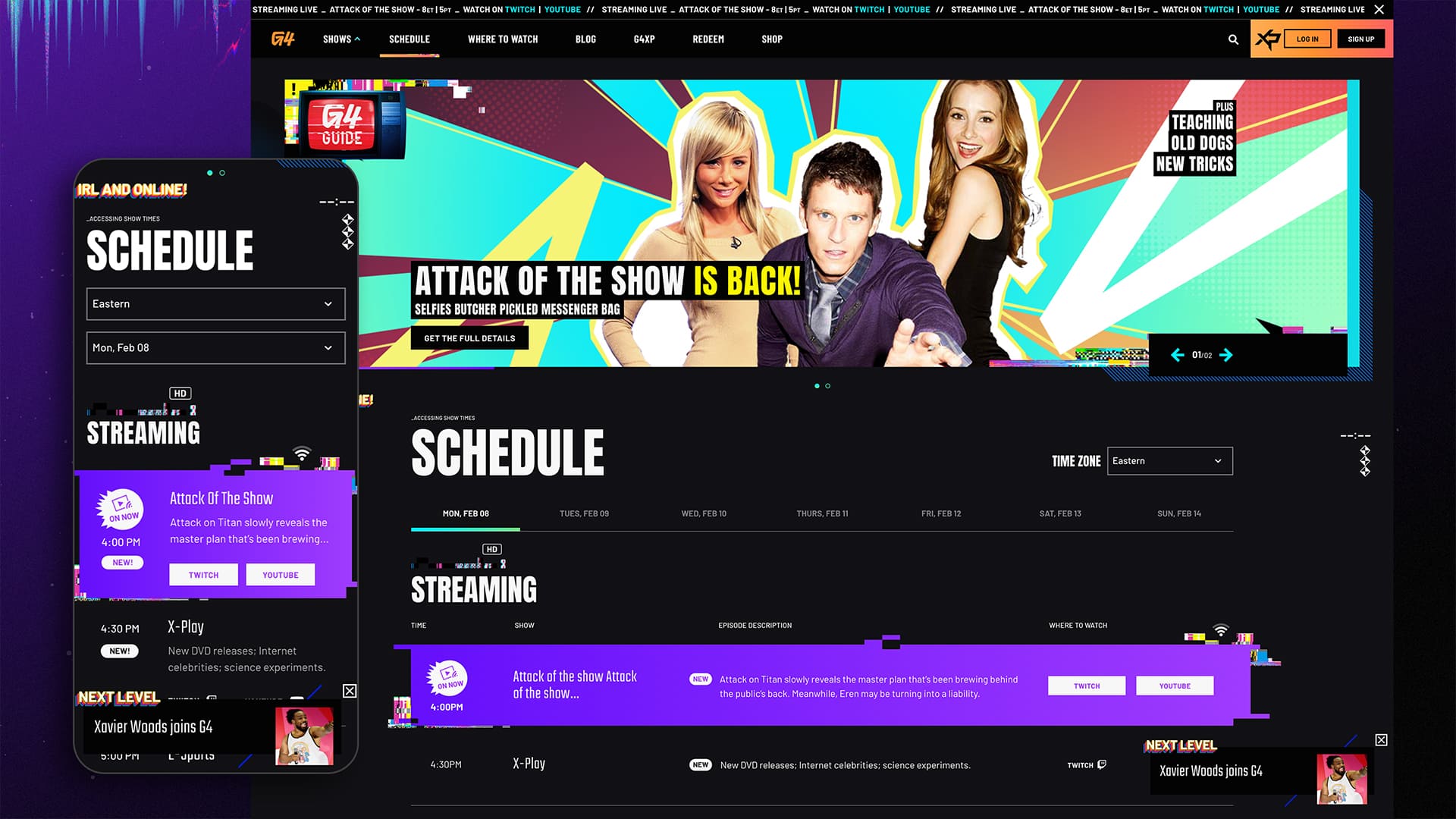 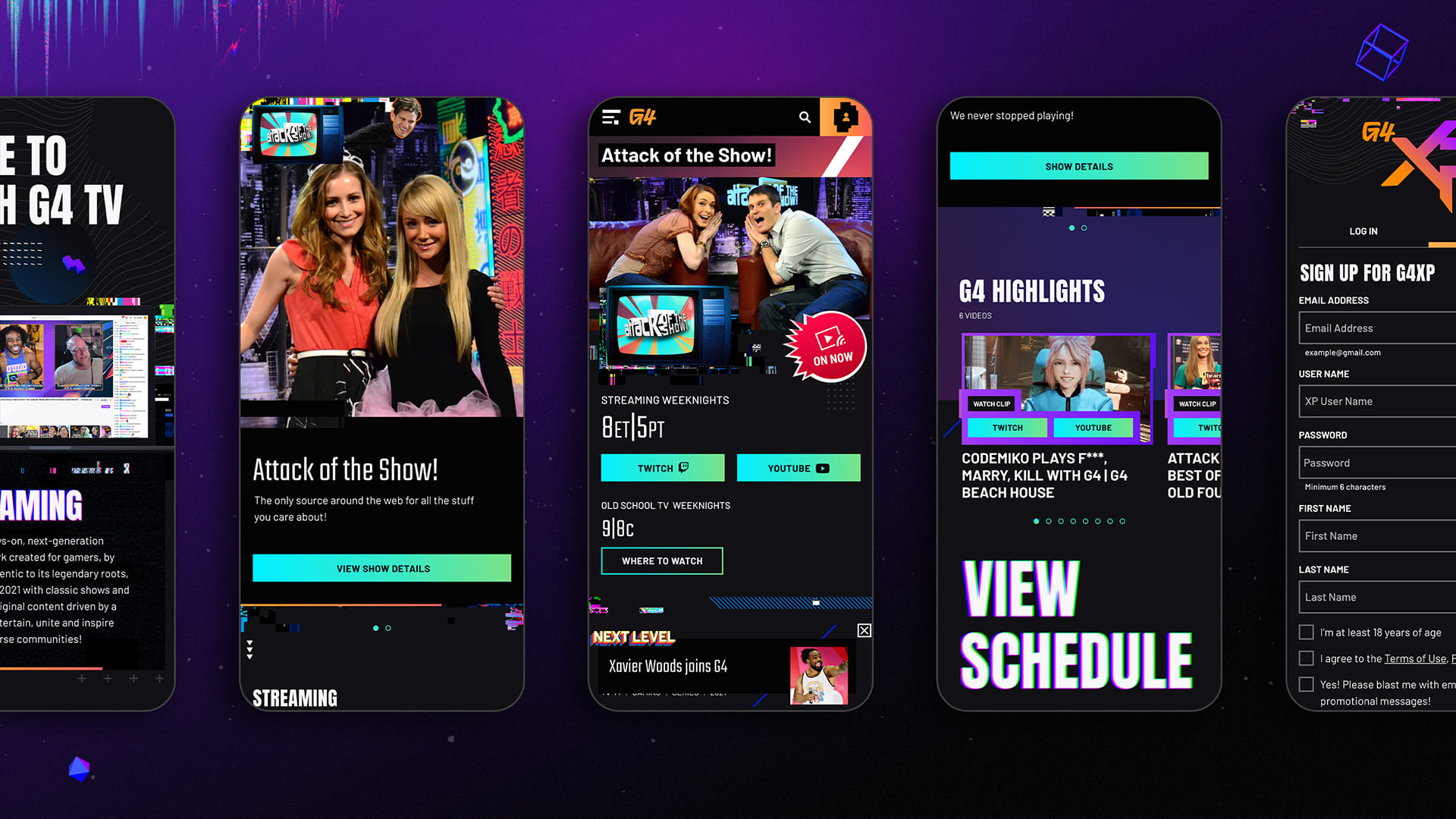 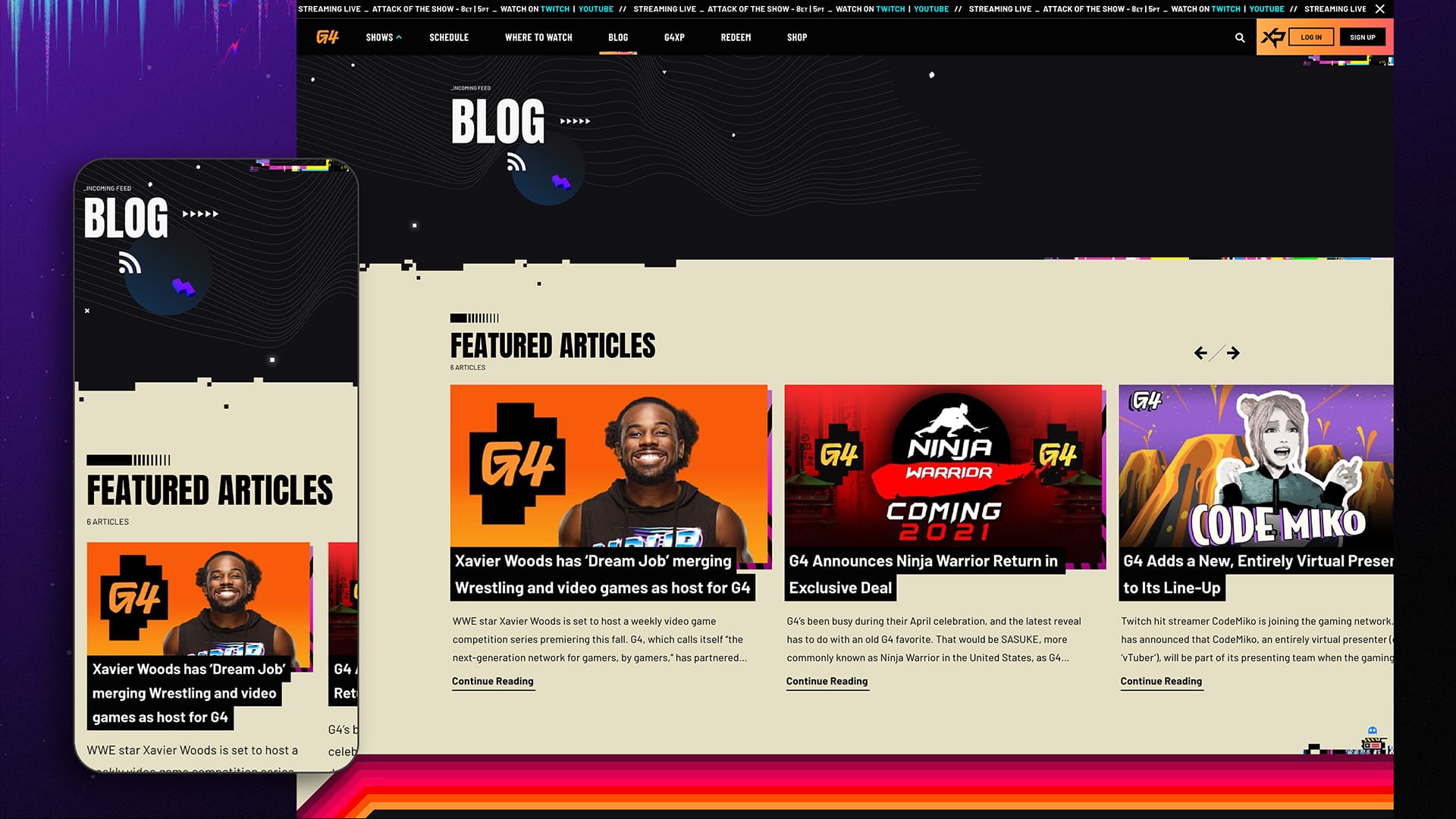 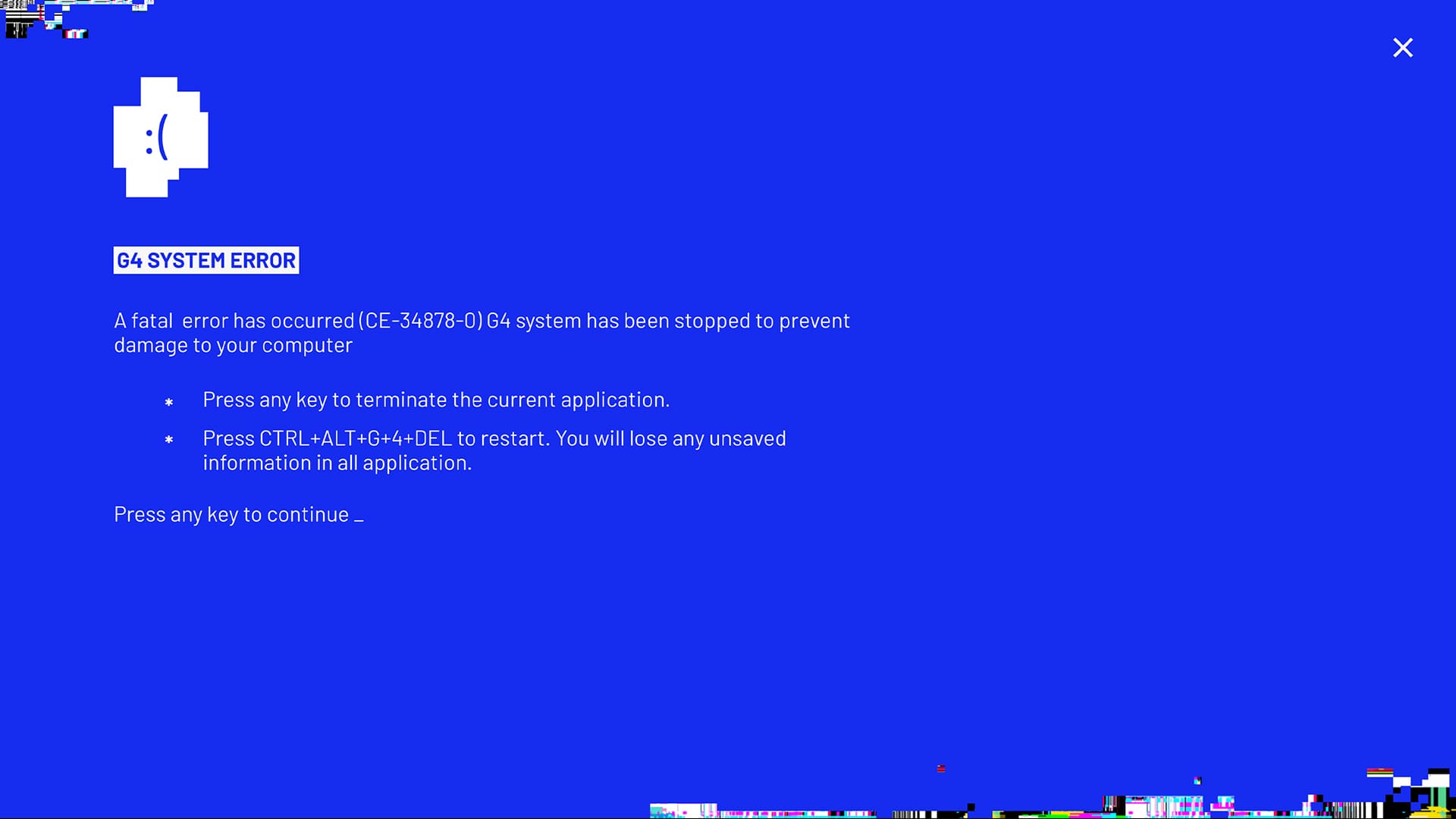 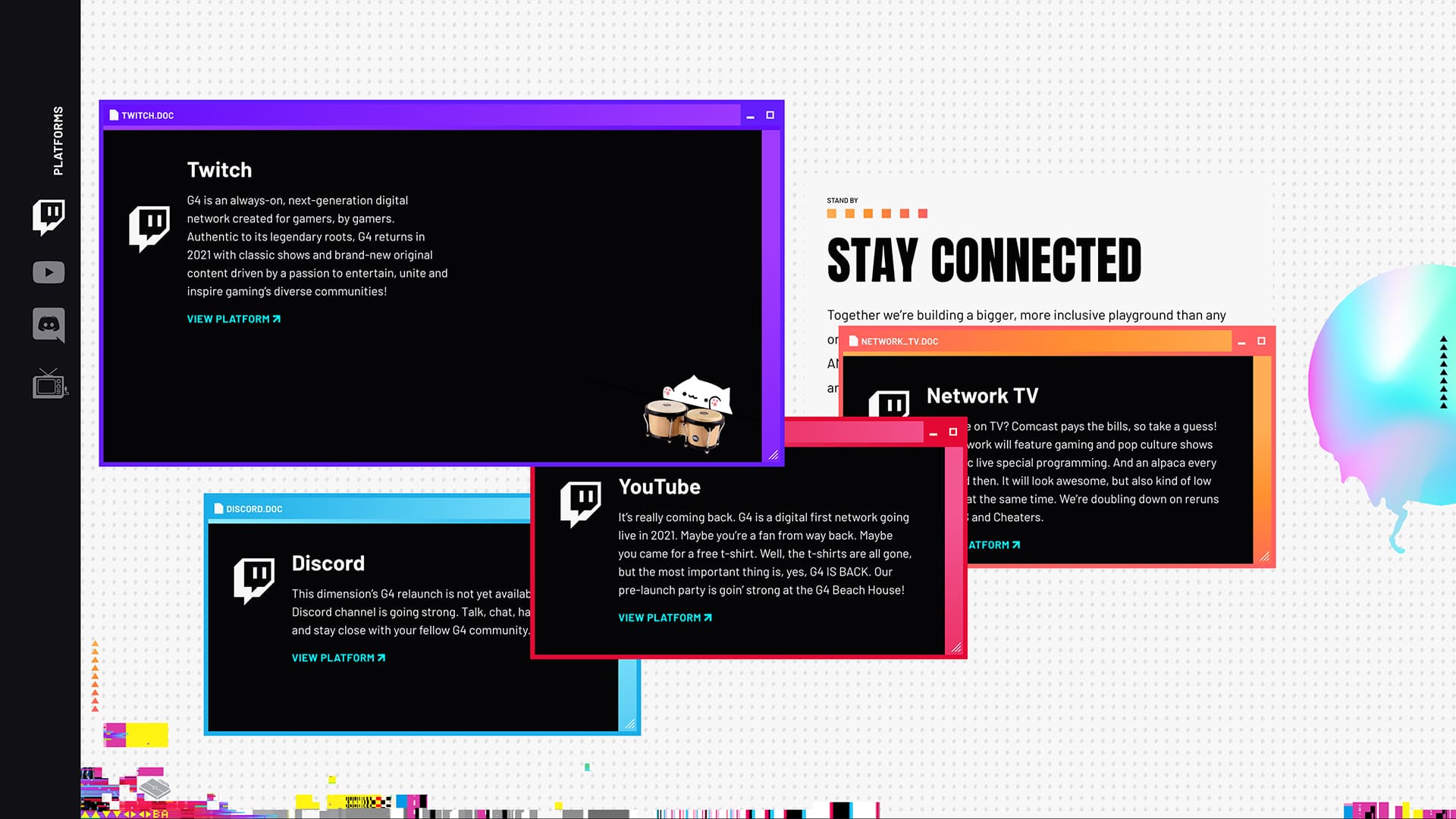 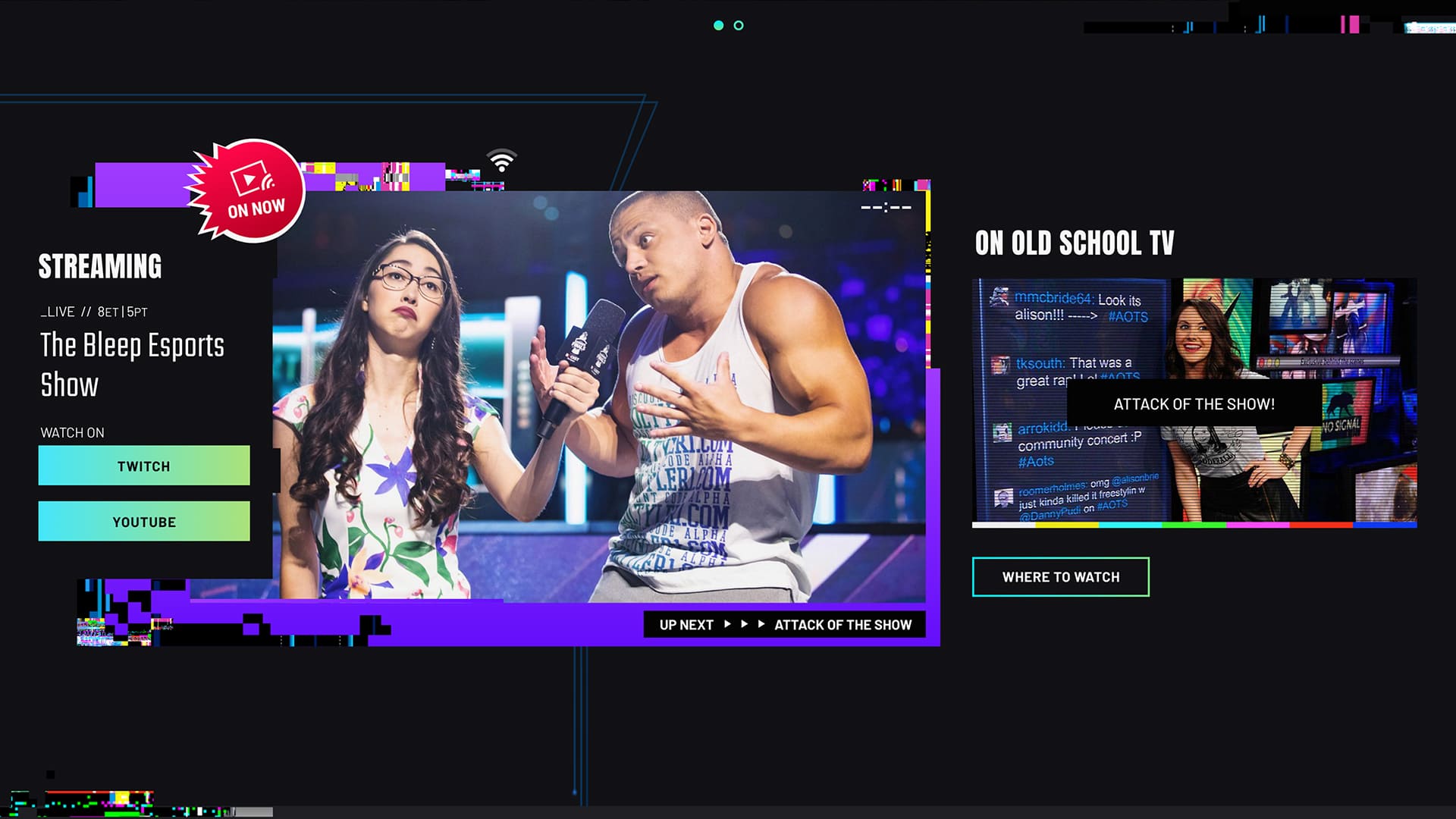 Blow on the cartridge, put it in the system, and find out what happens when the long dormant network that was made for gamers by gamers finds an extra life.

G4TV, the first linear channel dedicated to video game culture, seemed to run out of quarters in 2014. (You see kids, video games used to cost twenty-five cents to play.) This innovative network that covered the industry’s top events including the gaming trade show E3 and San Diego Comic Con was cancelled for being “too ahead of its time.” Welp…in an era where YouTube gaming personalities attract more viewers than prime time network television shows…G4’s time has finally come. Leading into the November 2021 relaunch, G4TV found the perfect partner to introduce their brand to a new generation of gamers in NeoPangea. The team crafted a site that combines G4’s breadth of expertise in the gaming realm, their access to a wide variety of events and entertainment personalities, and their trademark irreverent humor. Oh, and eagle-eyed visitors might find easter eggs like hidden messages and minigames.

Upon arriving at G4TV.com, users will quickly get a feel for the tone the network is hoping to set with a hacker-inspired “glitch” effect that recalls a time when tech was more teenagers-in-their-parents’-garage and less Silicon Valley.  They’ll also notice an oddball joke or two mingling amongst the real stories in the scrolling newsfeed just to make sure they know we aren’t taking things too seriously. In this era of cable cord-cutting, it’s important that G4 is everywhere that gamers are. So, the rotating hero module and the “Where to Watch” section showcase the wide variety of methods available for viewing G4 programming. NeoPangea also crafted a do-it-yourself gif generator to help drive social engagement. This “What’s Your G4?” tool encourages fans to mix and match components to create their very own animated gif that can then be shared on their Myspace page. (Wait, sorry. That was the social media of choice G4’s first time around.)