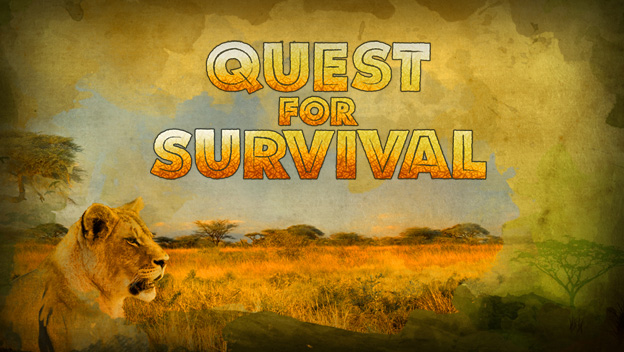 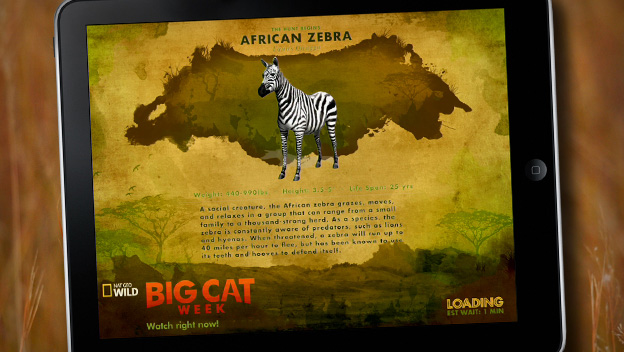 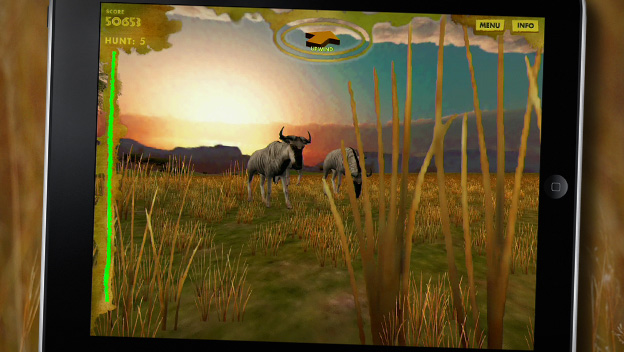 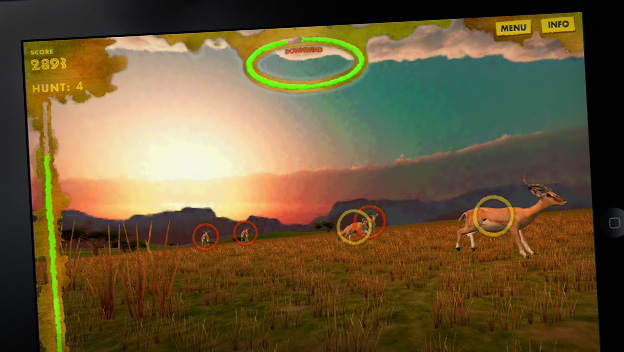 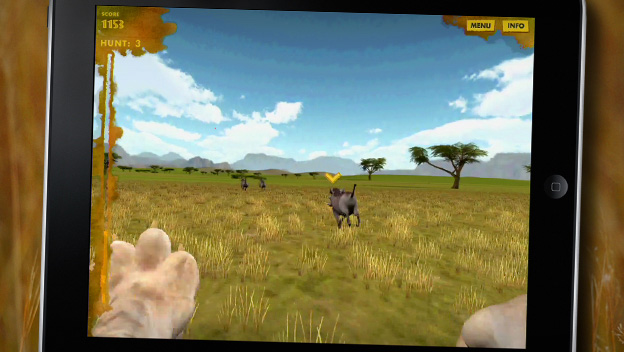 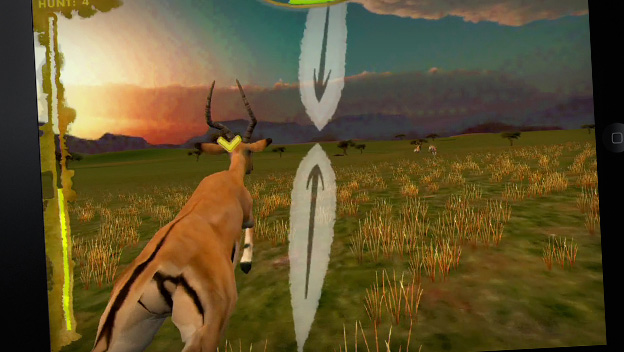 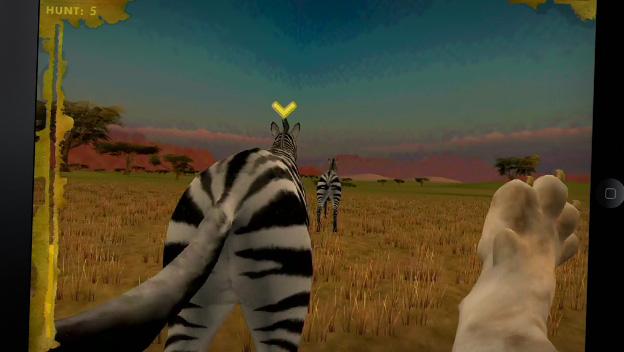 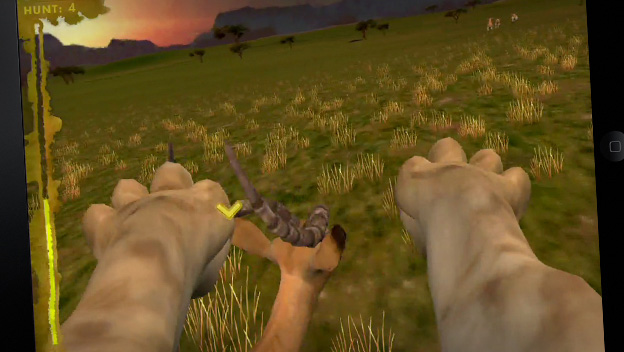 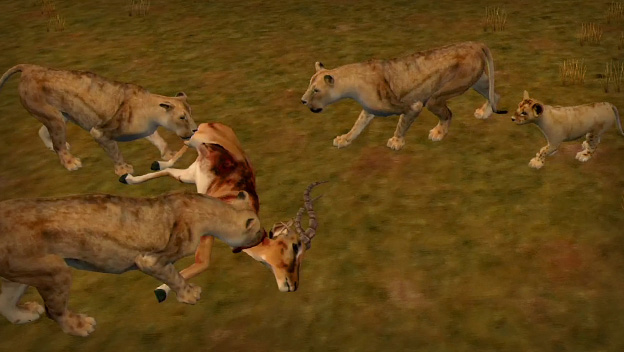 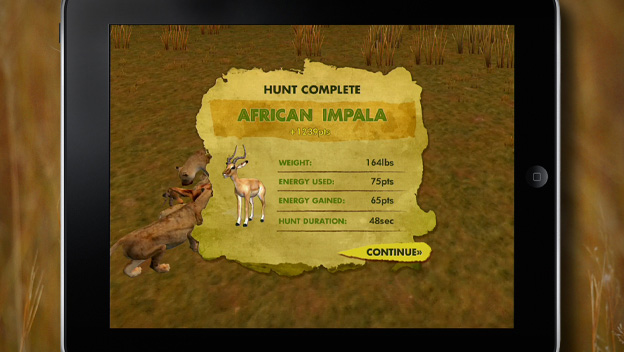 Feeling bully enough to embark on a safari, but find yourself loath to get ticks in your muttonchops? Forgo the pith helmet and seize a glowing, handheld transmogrifier to morph yourself into a fierce lioness stalking the African savannah in this smashing iPad app!

Featuring lush vistas of the African savannah and detailed 3D animations of lions and their prey, this National Geographic Channel game for the iPad lets players take a fun, educational walk on the wild side. Play the part of a hungry lioness on the hunt for food and ensure the survival of your pride!

National Geographic Channel sought to increase the audience for its Big Cat Week by creating a novel gaming experience that would also be thematically linked to its ongoing Cause an Uproar initiative. By raising public awareness of the many challenges faced by big cats, the programming and initiative seek to curtail the staggering decline in the number of big cat species globally.

Quest for Survival is a "first-person predator" game for the iPad that celebrates the launch of National Geographic Channel's Big Cat Week. In order to craft an experience that would entice and delight a broader audience for Nat Geo's signature programming, we imagined ourselves as hungry lions prowling the African savannah for our next meal, practiced our fiercest roars, and began crafting an experience that would separate us from the rest of the mobile game development herd.

Assuming the role of a lioness stalking a variety of beautifully rendered wildlife, the player uses visual clues to select a likely target. Once an animal has been engaged, the player taps the screen to give chase while being mindful of the big cat's remaining energy. As soon as the lioness reaches striking distance, the player slashes the prey by performing on-screen swipe prompts, weakening the animal until it's time for the kill. A quick pinch of the fingers simulates jaws clamping down, and the hunt ends with a scene of the lion pride converging on the feast. These intuitive touch controls make the game enjoyable and accessible for players of all ages and skill levels. Interesting facts about lions and their various prey are presented during loading screens to enhance the experience, and embedded Nat Geo Big Cat Week information invites the player to tune into the week-long event for the full experience.

Although we'd already created a more traditional first-person shooter for the PC using Stage 3D, we decided to dive deep into the world of Unity development and expand our digital tool box for this graphically rich adventure. Used in conjunction with C#, Unity provided our team with a robust set of 3D development tools and simplified integration with XCode, readying the game for the iPad's warm, touchy-feely embrace. Custom animal models and environments were meticulously crafted and animated, creating a colorful and detailed simulation of the African savannah and its inhabitants.