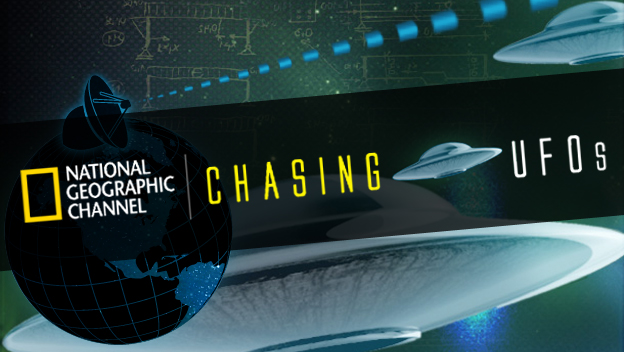 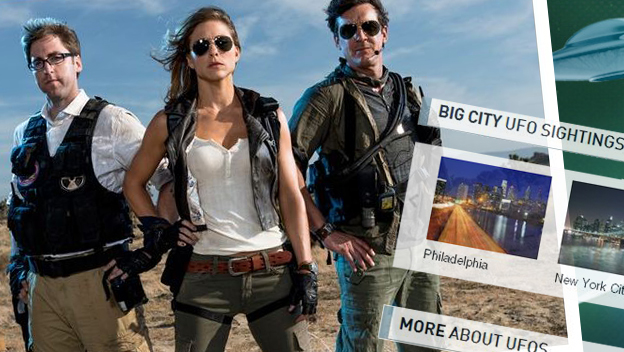 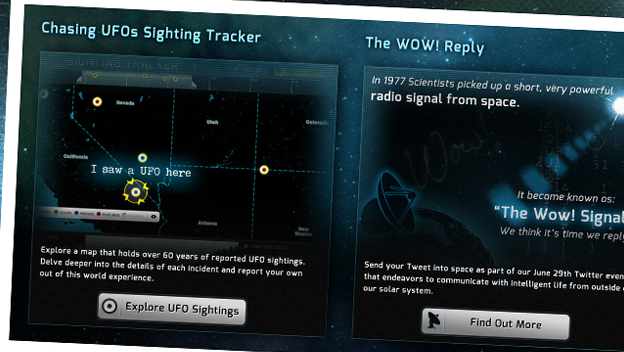 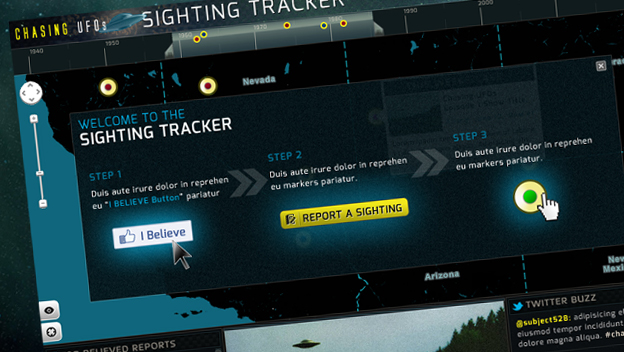 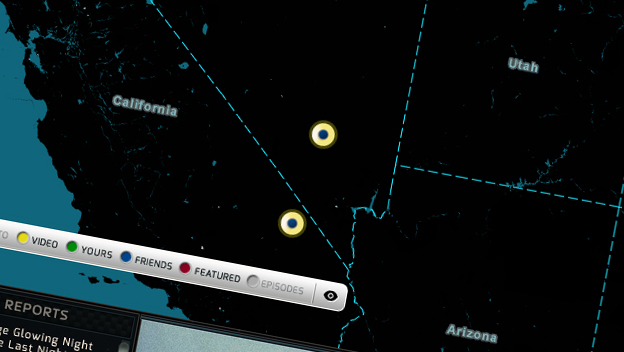 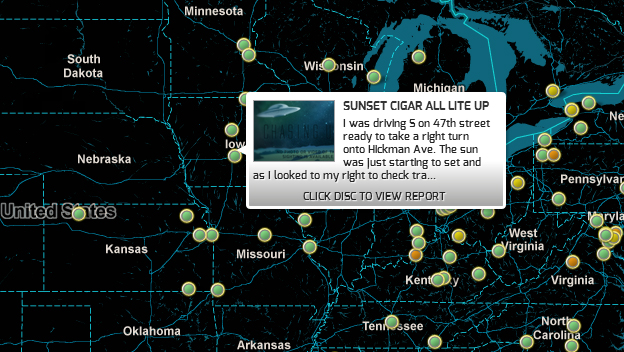 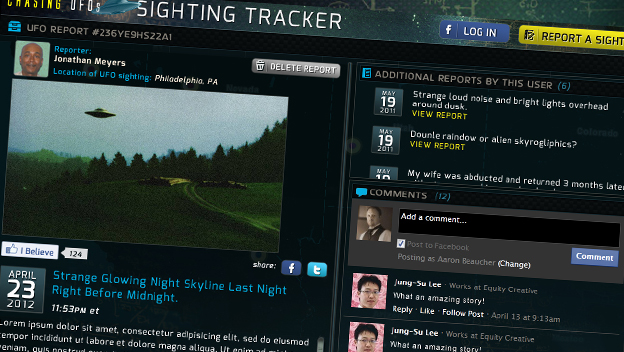 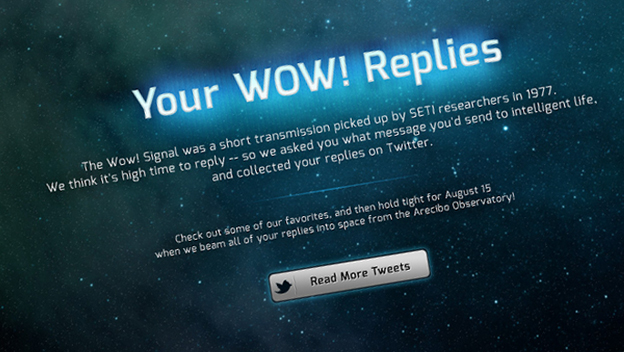 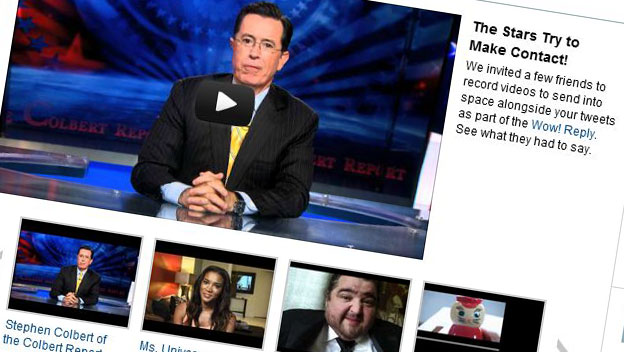 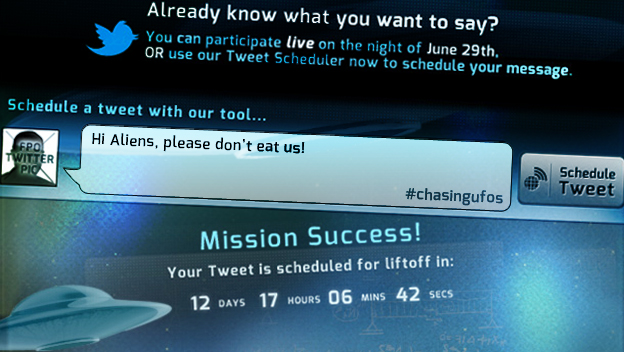 The great depths of space are a mystery, but sometimes personages may sight, or come into contact with, emissaries of the stars. With this stunning foray into the world of informational and socializable maps, denizens of planet Earth can mark and share their interactions with the Great Unknown.

Here at the Neo-Pangea Society we're hardly new to creating interactive maps, but that doesn't mean we've stopped innovating them. With this project we built a 100% HTML interactive-map to synergise with the show Chasing UFOs. The show follows a team of trained UFO investigators as they set-out to uncover the truth about UFO incidents. Imagine CSI meets the X-Files! The resulting Sightings Tracker is a powerful tool where enthusiasts can identify sightings, start conversations about the events, and show support for both user-submitted and historically significant Extraterrestrial sightings from across the world. Then through the use of social media outlets, users can upload images and video, as well as create comments and share with their friends.

We also went beyond the Close Encounter with our involvement in the Wow! Signal Reply. In 1977 a narrowband radio signal was picked up from outer space and dubbed the “Wow!” signal. We are part of a team that sent Earth's reply. “Phoning home” is too 80's, so to mark the 35th anniversary of the signal we're helping to send E.T. a massive compilation of Tweets from humanity instead. The Neo-Pangea Society contributed the widget that was used to allow tweeters to schedule tweets to be automagically sent out in their name on August 15th. We also expertly-crafted the animated online experience for all the various stages of the project. Well hello there intelligent life from other worlds!