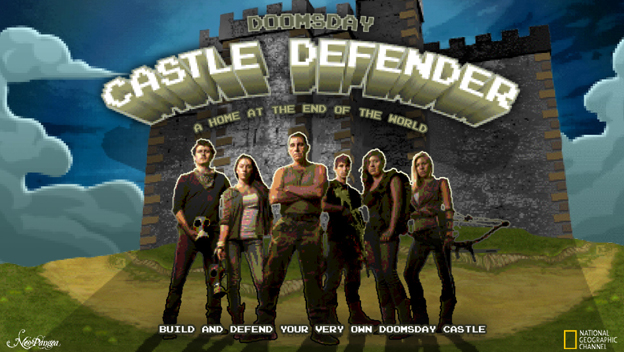 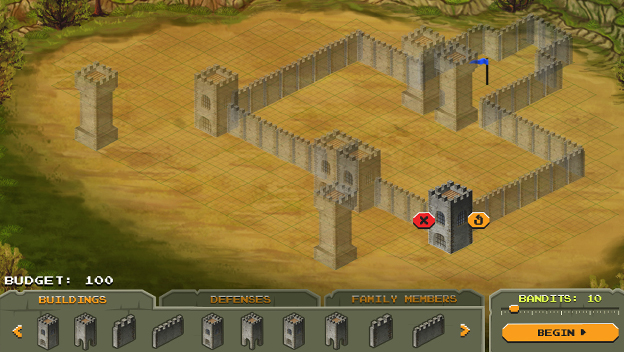 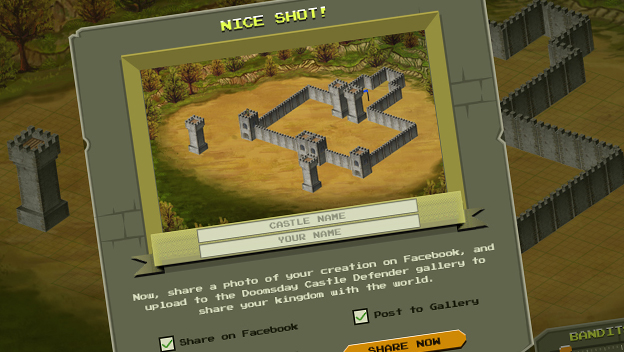 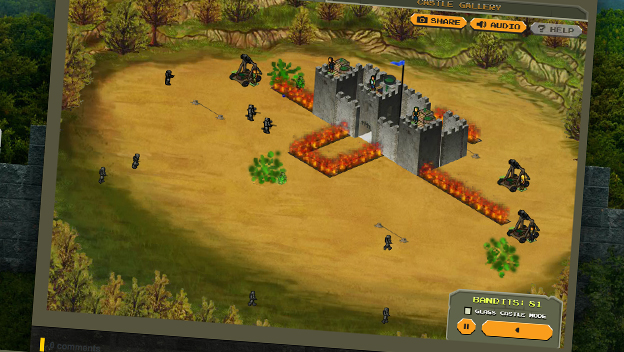 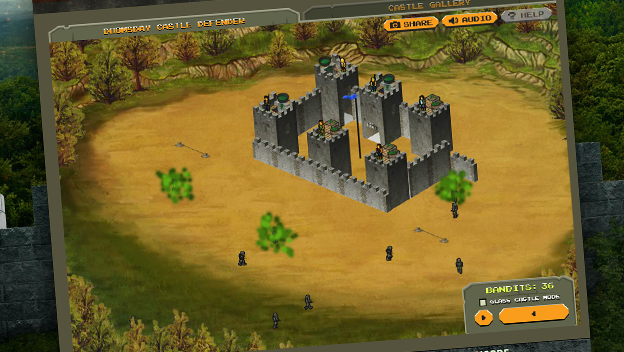 Man the catapults! Repel desperate hordes of marauding bandits in glorious retro-gaming style. Build your castle, deploy your defenses, and see the wicked tremble and flee before your might!

If our society suddenly collapses, the vast majority of us will be unprepared, and even fewer of us will be fortified. The family featured on National Geographic Channel's "Doomsday Castle" series has invested countless dollars and untold hours of work to ensure at least some vestige of American society survives Armageddon. The idea of a Doomsday Castle sounded like our brand of badass, so we built a browser-based castle creation-and-defense game to get viewers in on the apocalyptic action.

After we stocked our impregnable office fortress with enough fresh water and Spam to last several lifetimes, we created a game that gives players the power to build their own "home at the end of the world." We decided to pay homage to ye olde video games of yore by using an 8-bit graphical style, an isometric view, and a sweet chiptune soundtrack to achieve that classic videogame feel. Old-school Mario and the sarcastic dog from "Duck Hunt" would feel right at home in this game...

By placing a variety of castle pieces and devious defenses created and animated with a mix of Photoshop, Maya, and After Effects, players were able to build their ultimate survival castle and defend the family's flag however they wished. Since this was merely a simulation, all weapons were loaded with non-lethal paint ammunition; rest assured, no bandits were hurt during the making of this game. We tried to embrace the free-form "sandbox" style of gameplay to make the game as much fun as possible. A field full of fire moats? Flame on! A multitude of mayhem-making murder holes? Sure, why not? Molotov cocktails, landmines, and catapults were also available for players' bandit-repelling pleasure.

Once the castle and weapons were in place, the player had to strategically position animated avatars of six family members from the "Doomsday Castle" show. Some weapons, such as the catapult, required up to two operators, but family members placed on the battlements would fire their standard paintball guns at any approaching invaders to stop them in their tracks.

Each character had a unique skill rating, and their battle performance could be affected by their proximity to other characters and their personal relationships based on the show. For example, placing the family patriarch near any of his children amplified their skills, while placing rival sisters next to each other had the opposite effect. With everything in place, players chose a number of bandits to unleash upon their creation and watched as the carnage unfolded, hoping their defenses were enough to repel the marauding horde. Success had its rewards, as new defenses and additional budget credits were unlocked based on the effectiveness of the design.

Whatever the outcome of the bandit siege, players had the opportunity to share photos of their castles via convenient Facebook connectivity or submit them to the curated Castle Gallery, where only the most formidable castles echoed through the ages.