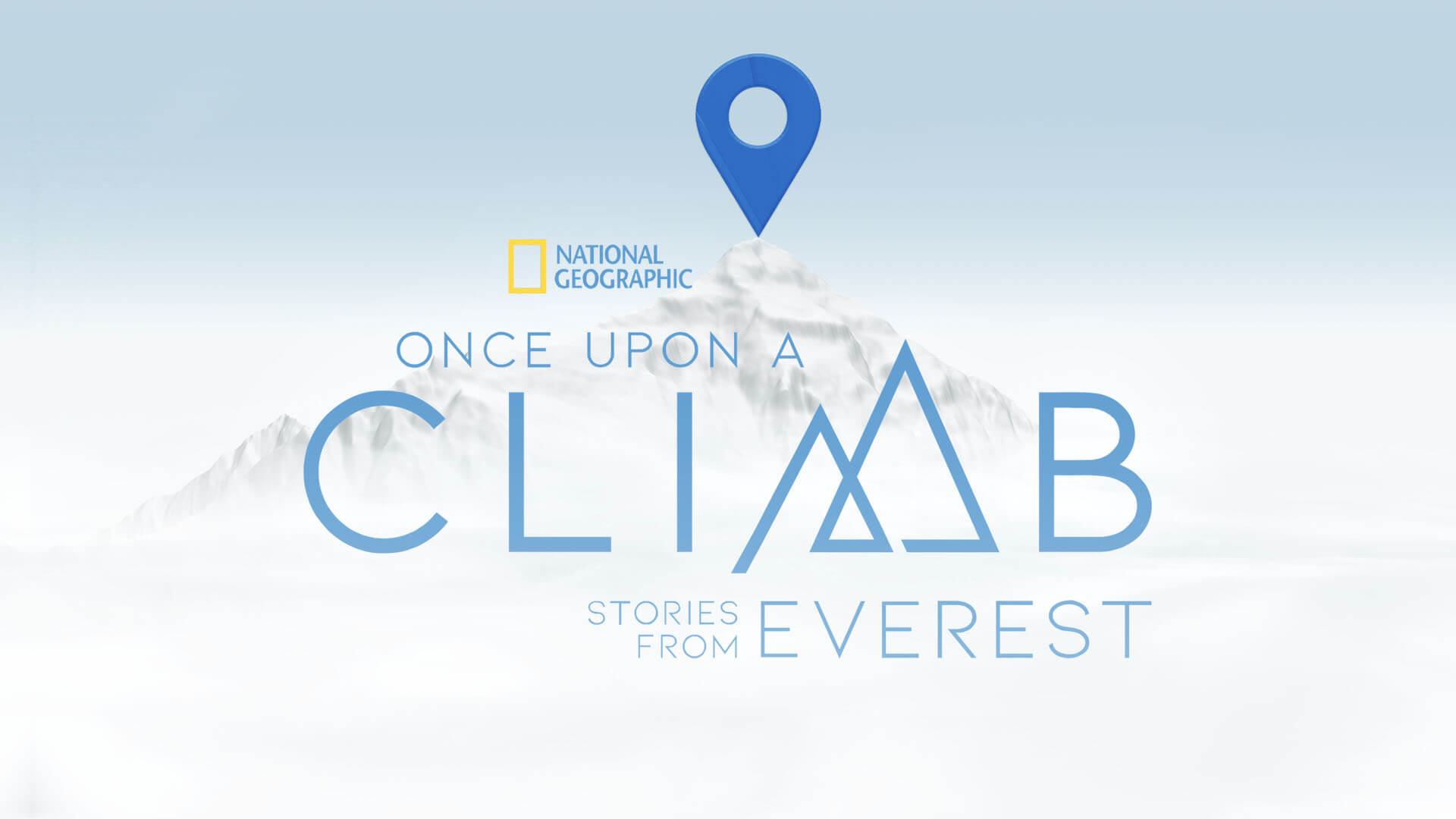 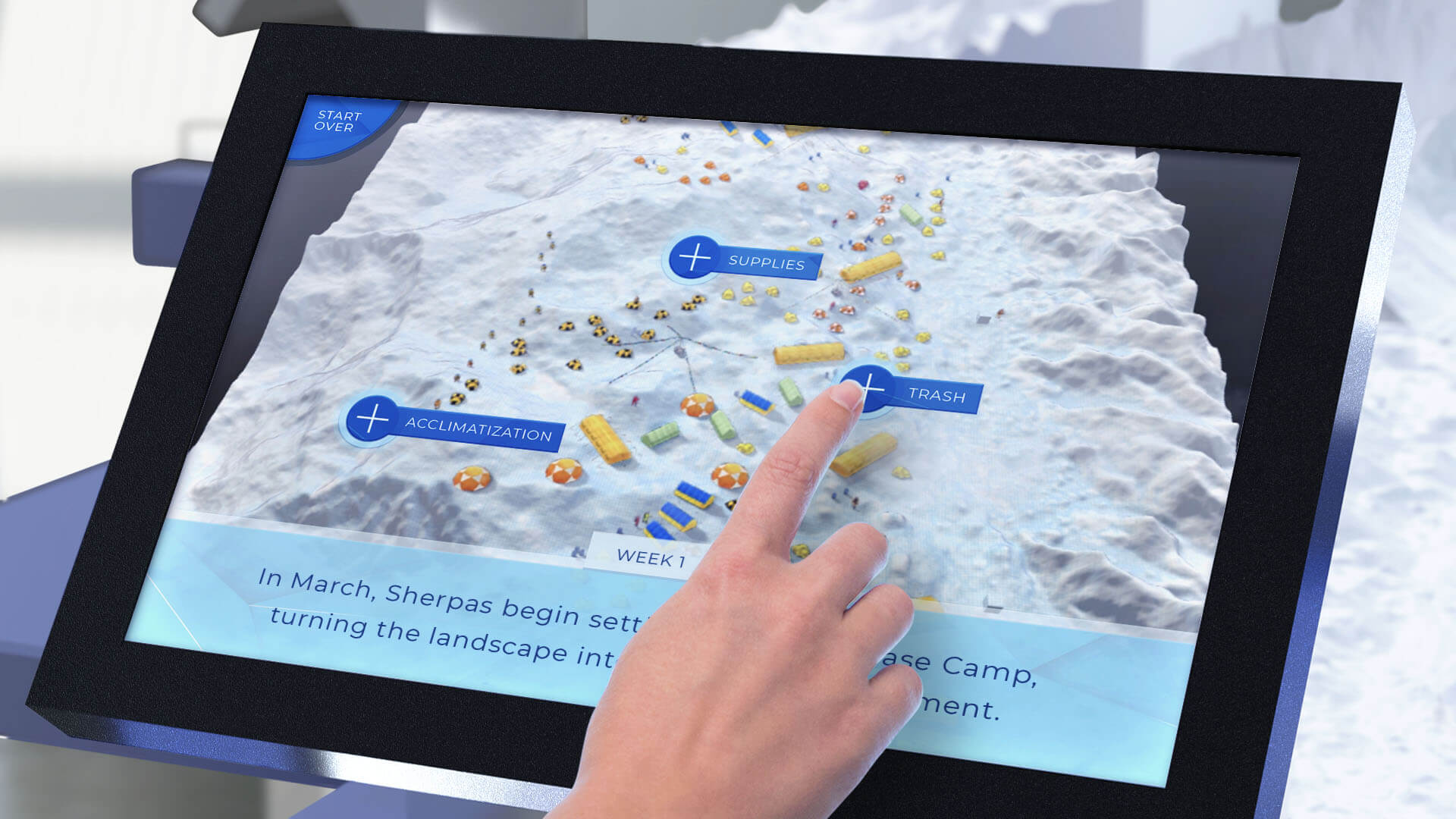 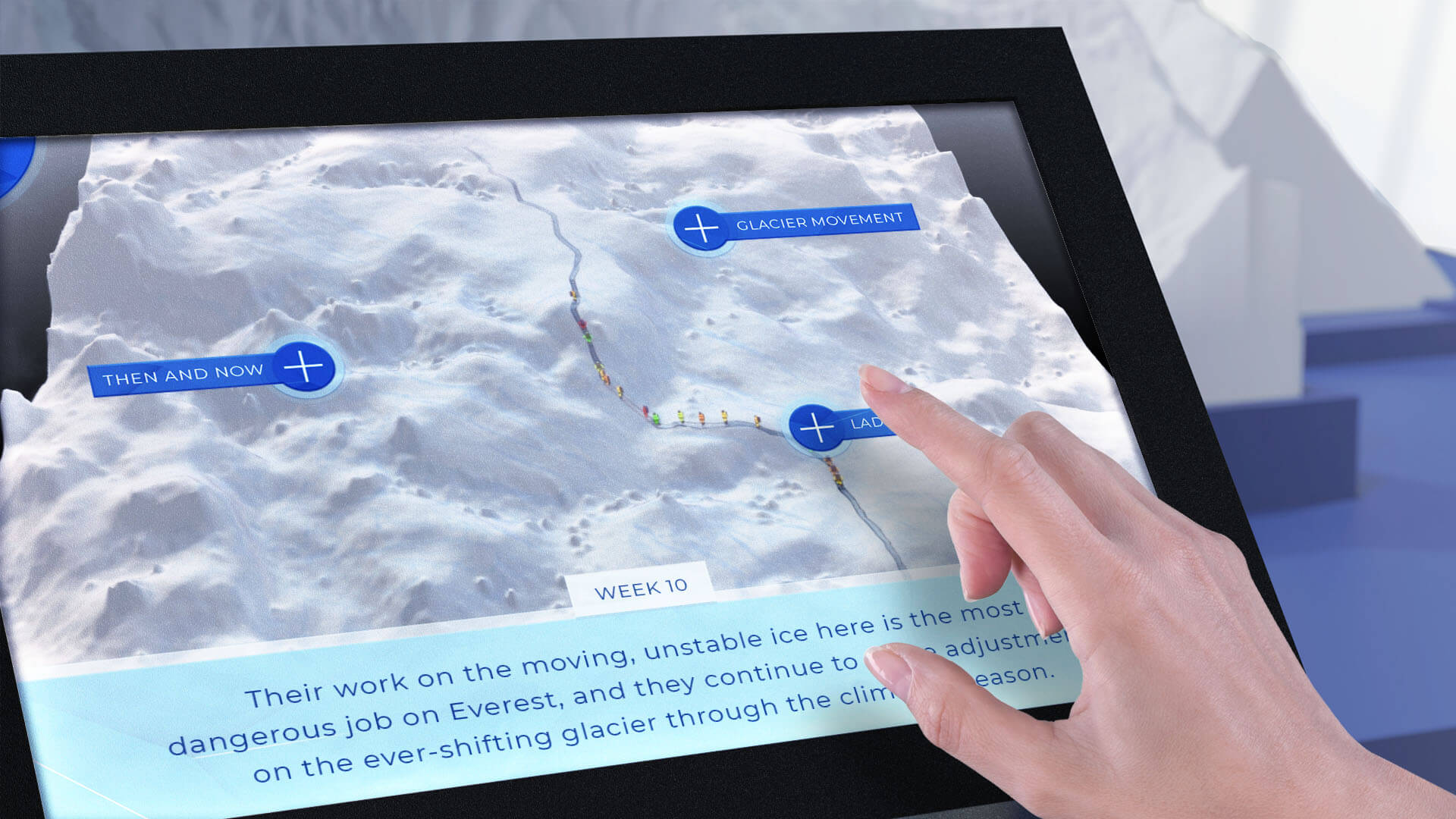 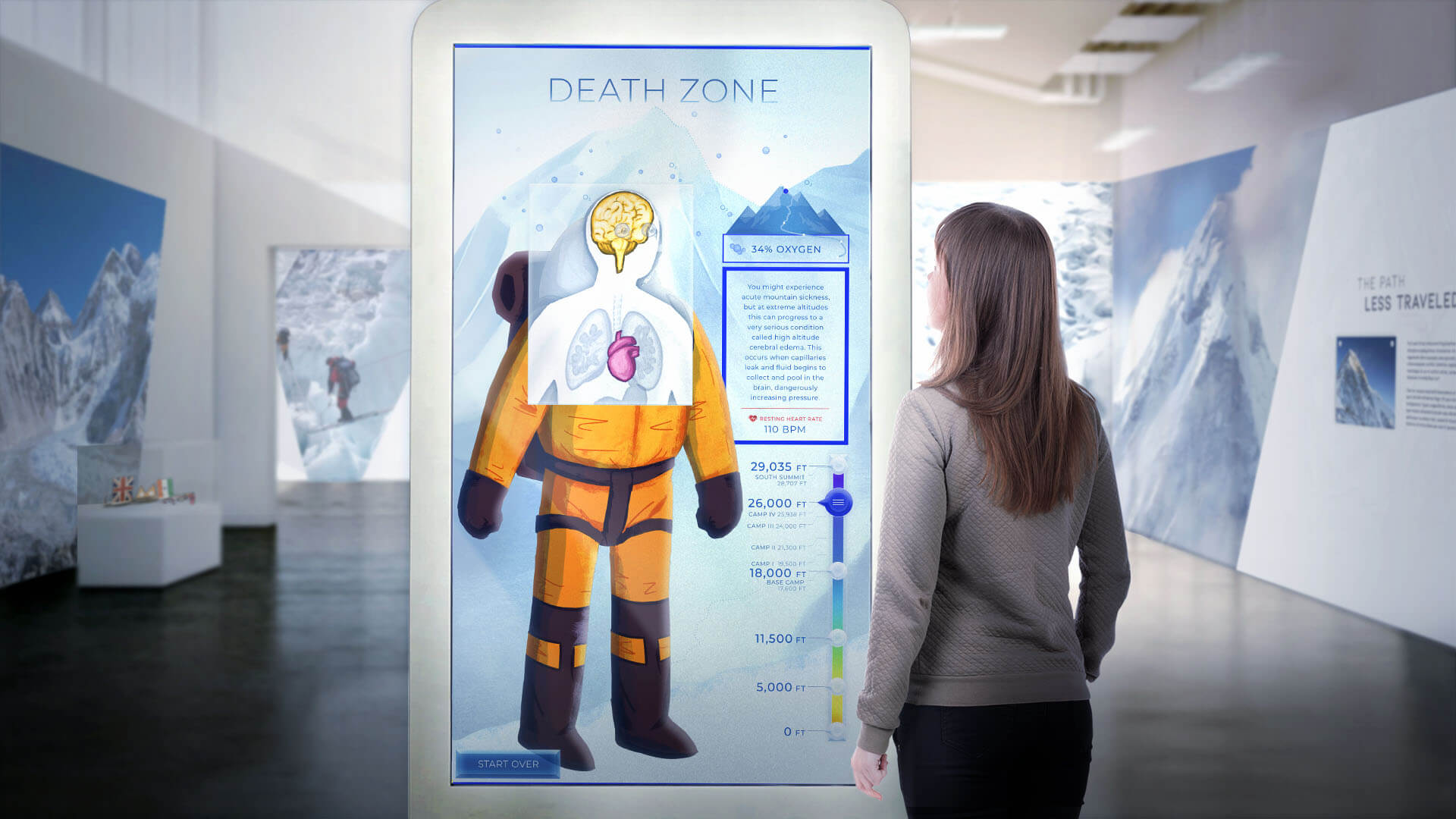 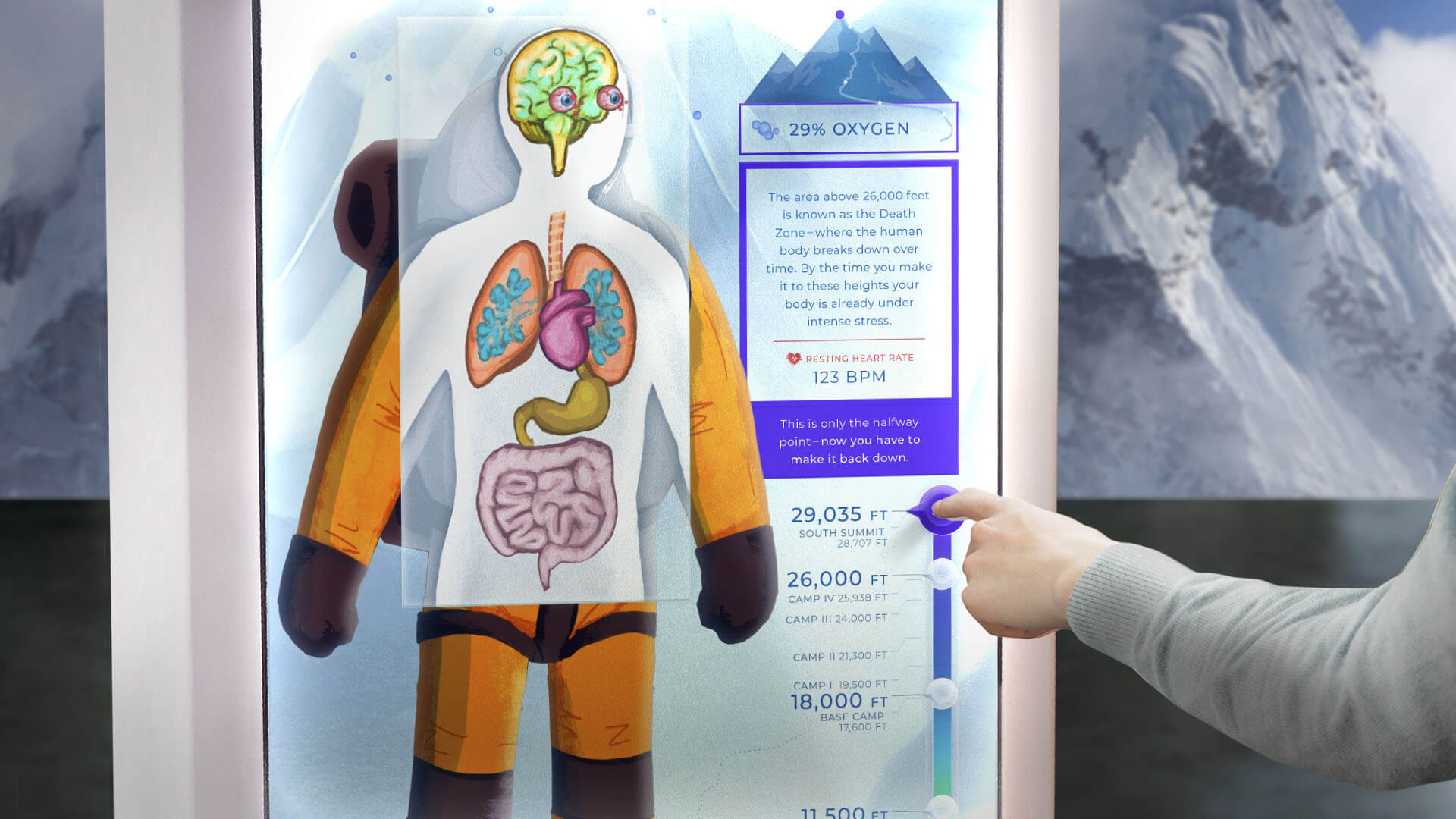 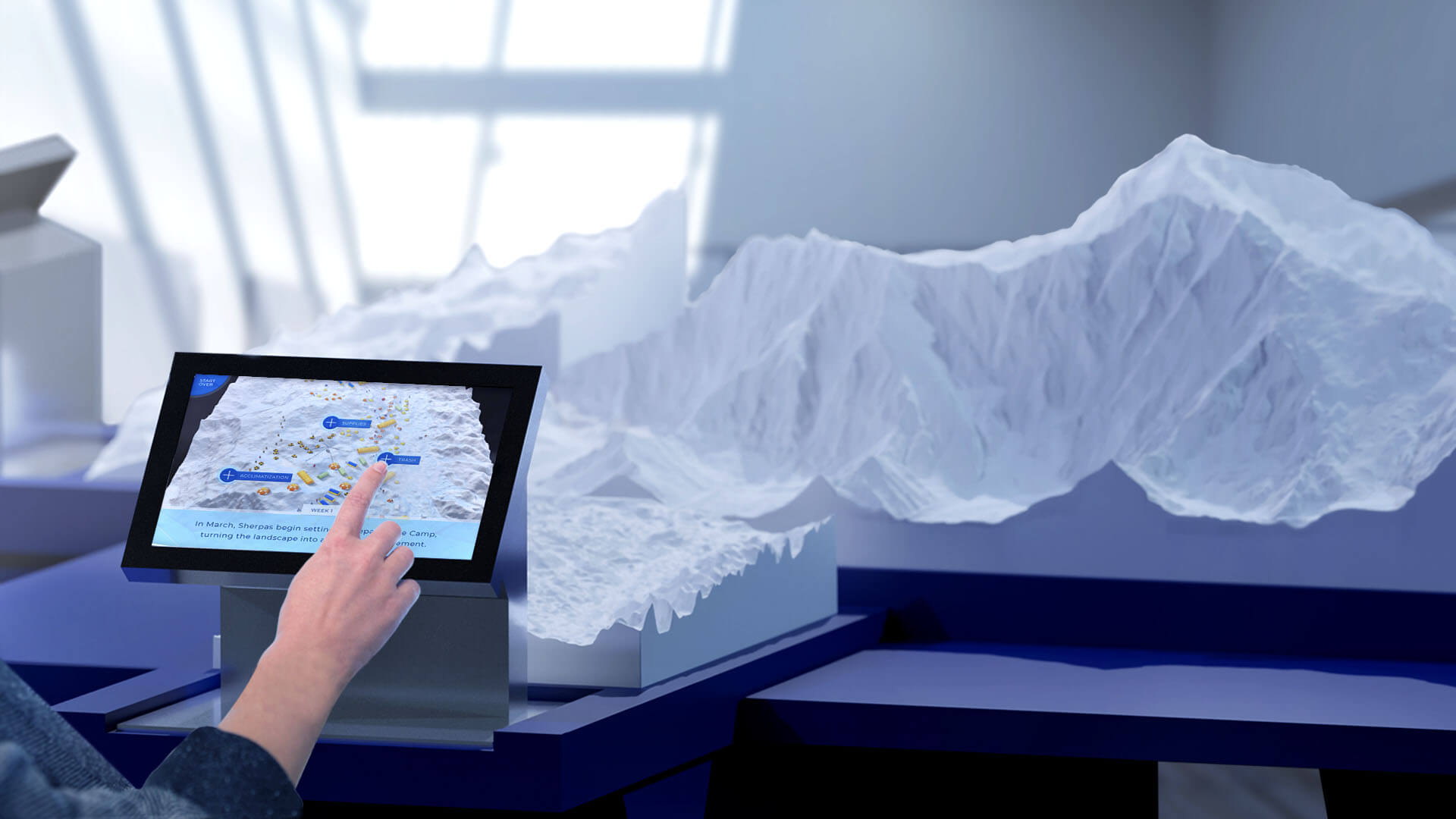 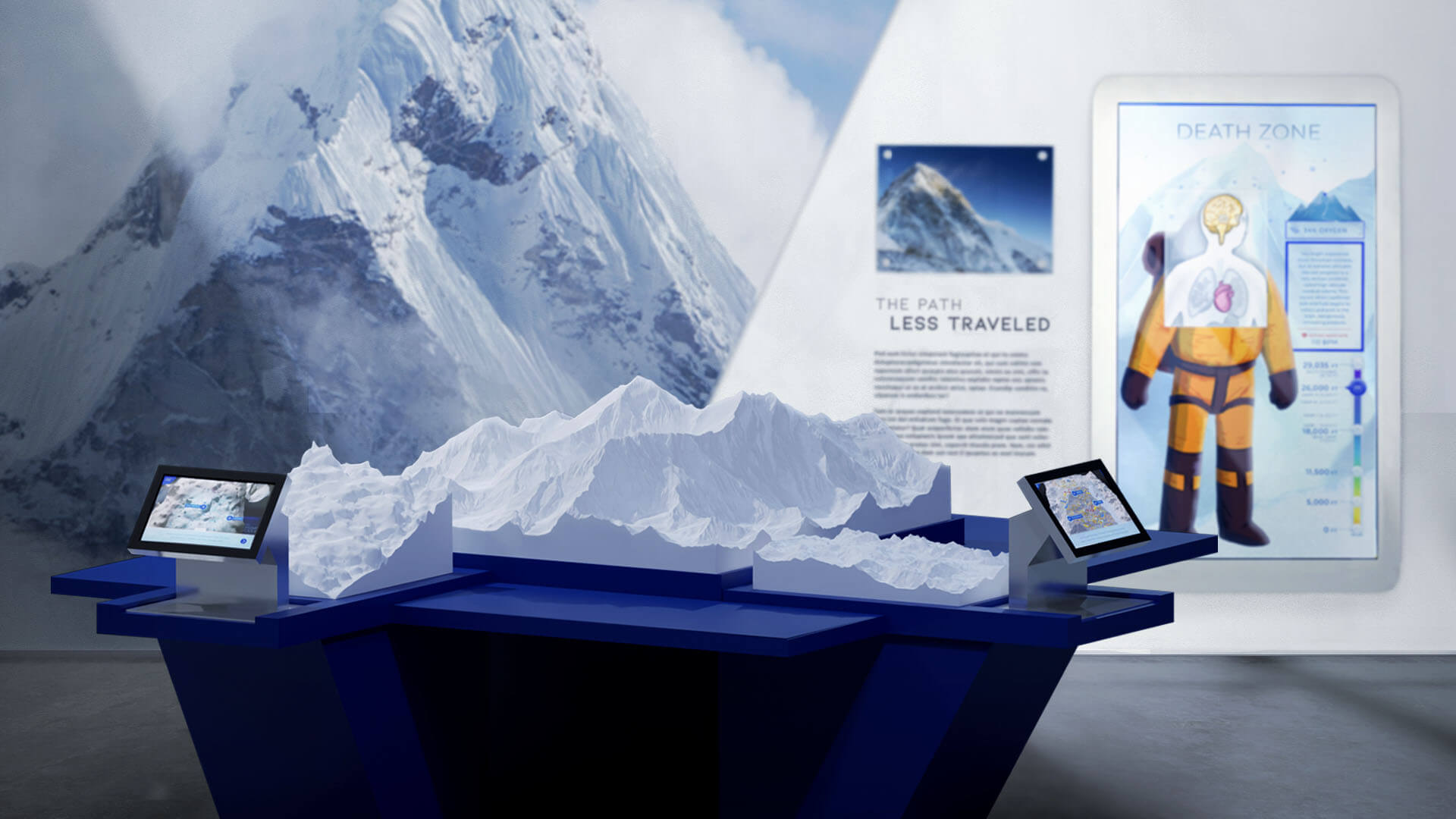 Everest has been the centerpiece for tales of adventure and exploration for centuries. But it cannot speak for itself, and up until this point many of its dangerous and mysterious qualities have seemed little more than dry facts and figures. Alongside the National Geographic Museum we used cutting edge technology to relay its story through two exhibit experiences. The first was an interactive augmented reality faux time-lapse—overlaid on a miniature mountain—that tells two stories; how “Ice Doctors” risk their lives preparing passage across Khumbu Icefall, and how the Everest Basecamp grows every year from snowy wasteland to booming city and finally a ghost town of discarded trash. The second was an interactive infographic that shows visitors X-ray views of the effects climbing Everest imposes on the human body, and how the body literally starves for oxygen, hydration, and more during the ascent.

Located on touchscreens and touch tablets, both experiences encouraged visitors to engage and explore with hands-on learning accessible to people of all ages. Those tablets also introduced viewers to Augmented Reality’s potential for enhancing their visits to a cultural institution. It made use of the pass-through camera to track a LIDAR and photogrammetric informed real-life 3D model of Everest for placement and positioning of scenes and characters that appeared as if they were also miniatures. This means that visitors could see the digital scene mapped over the physical model, helping to reinforce the massive sense of scale. To ensure we were not only accurate but that we evoked the right feelings, we worked directly with noted Everest climber Peter Athans--who has summitted the mountain seven times—whose expertise informed our realism and accuracy throughout this incredible installation.