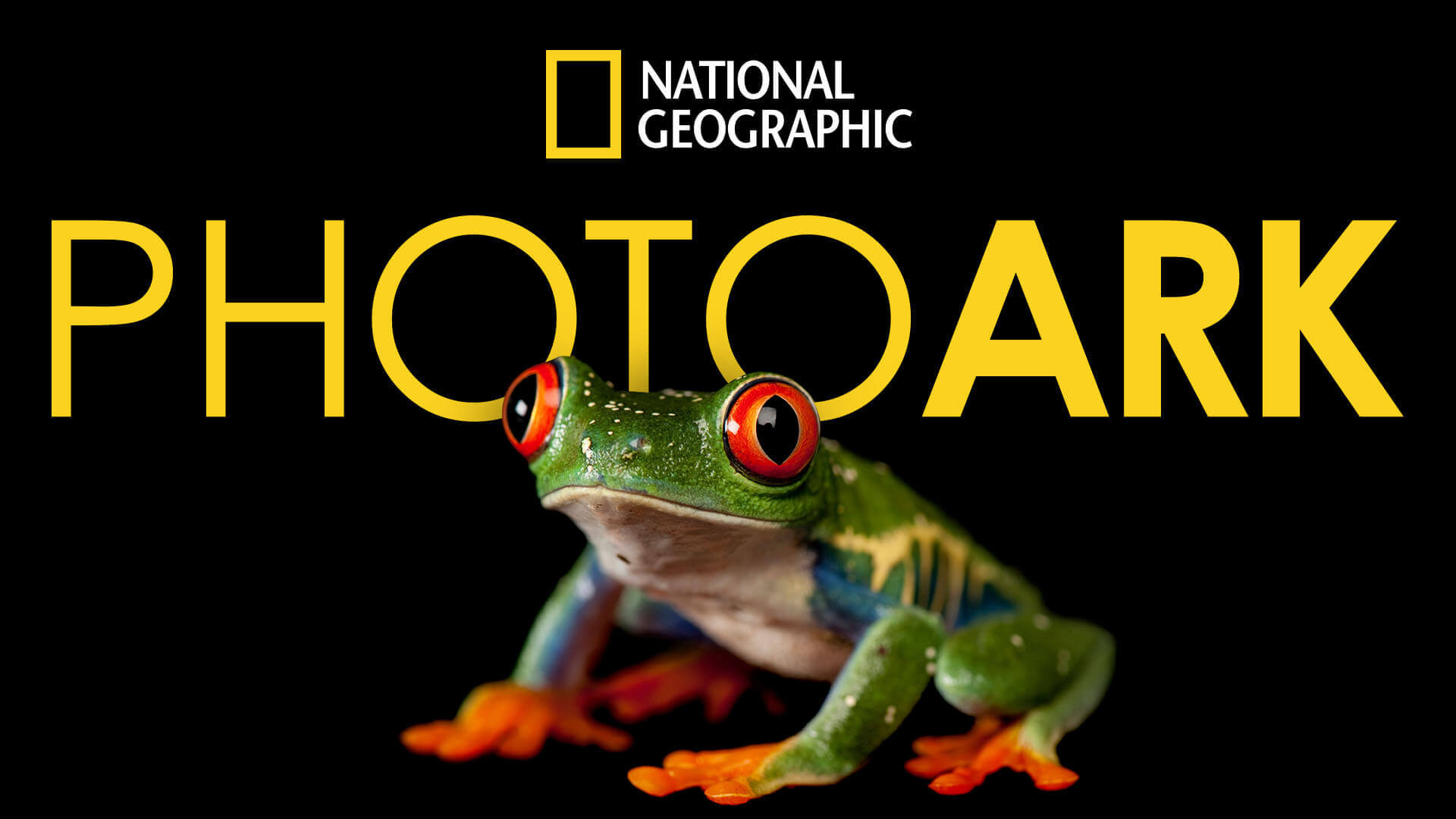 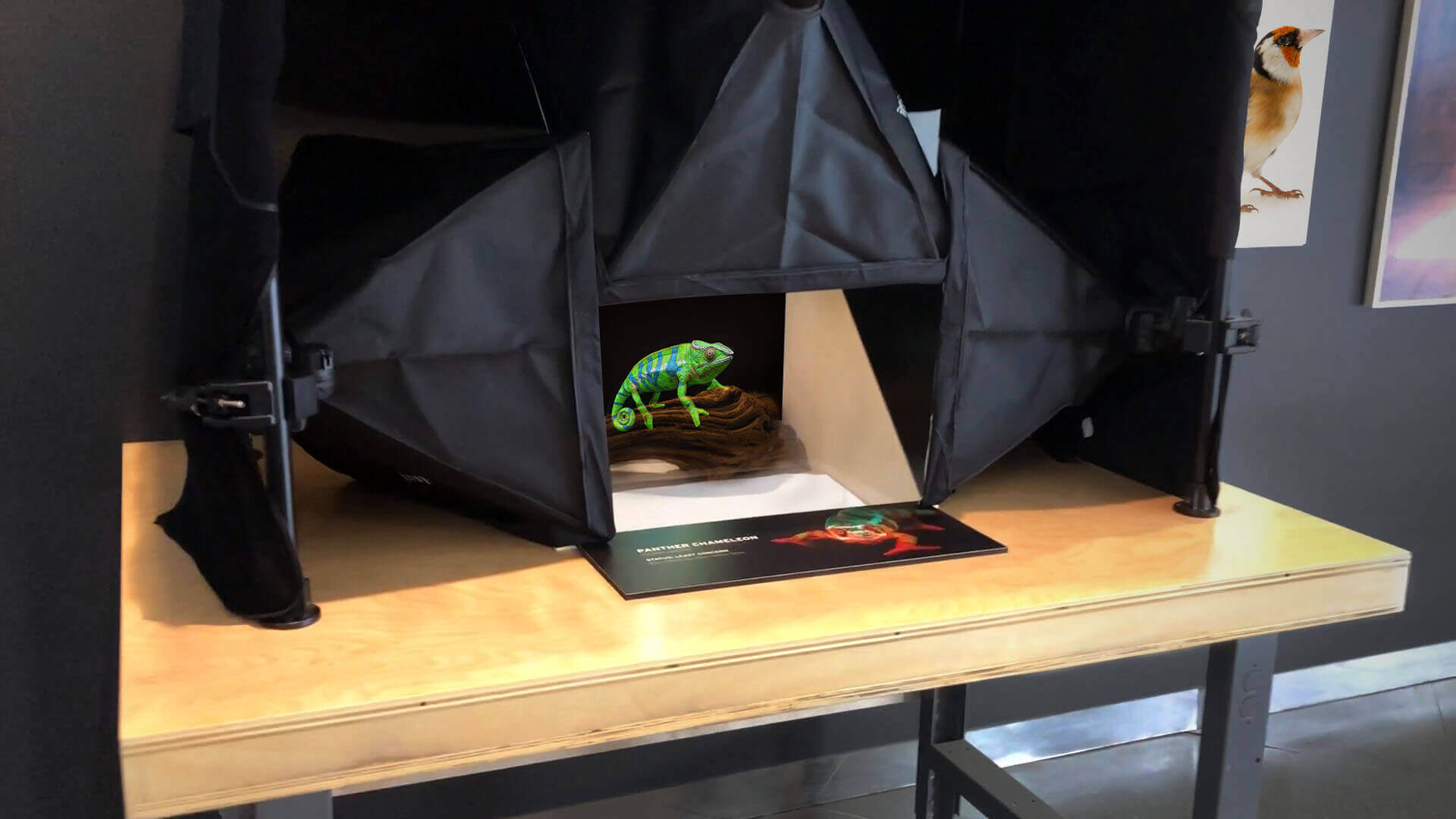 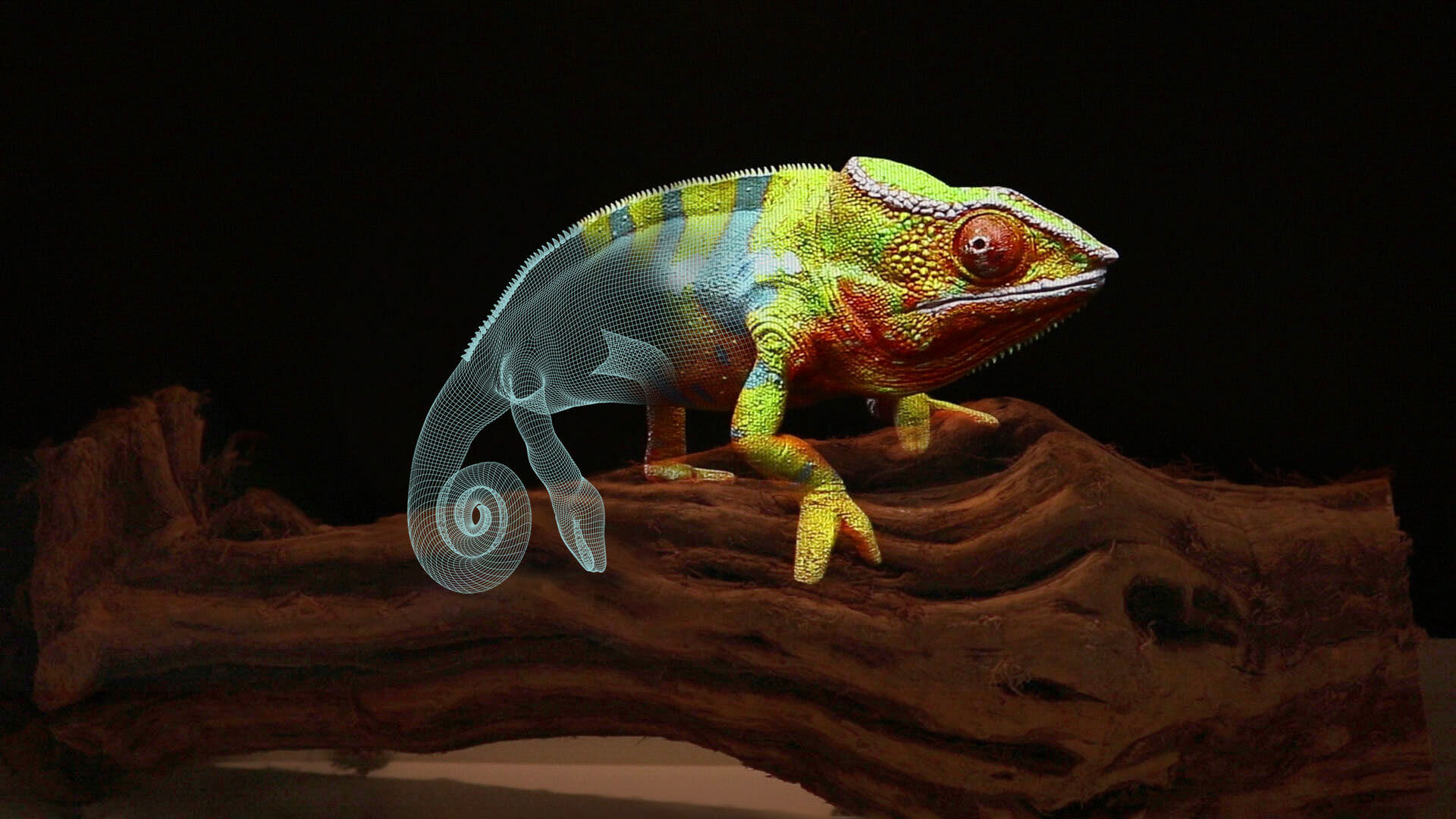 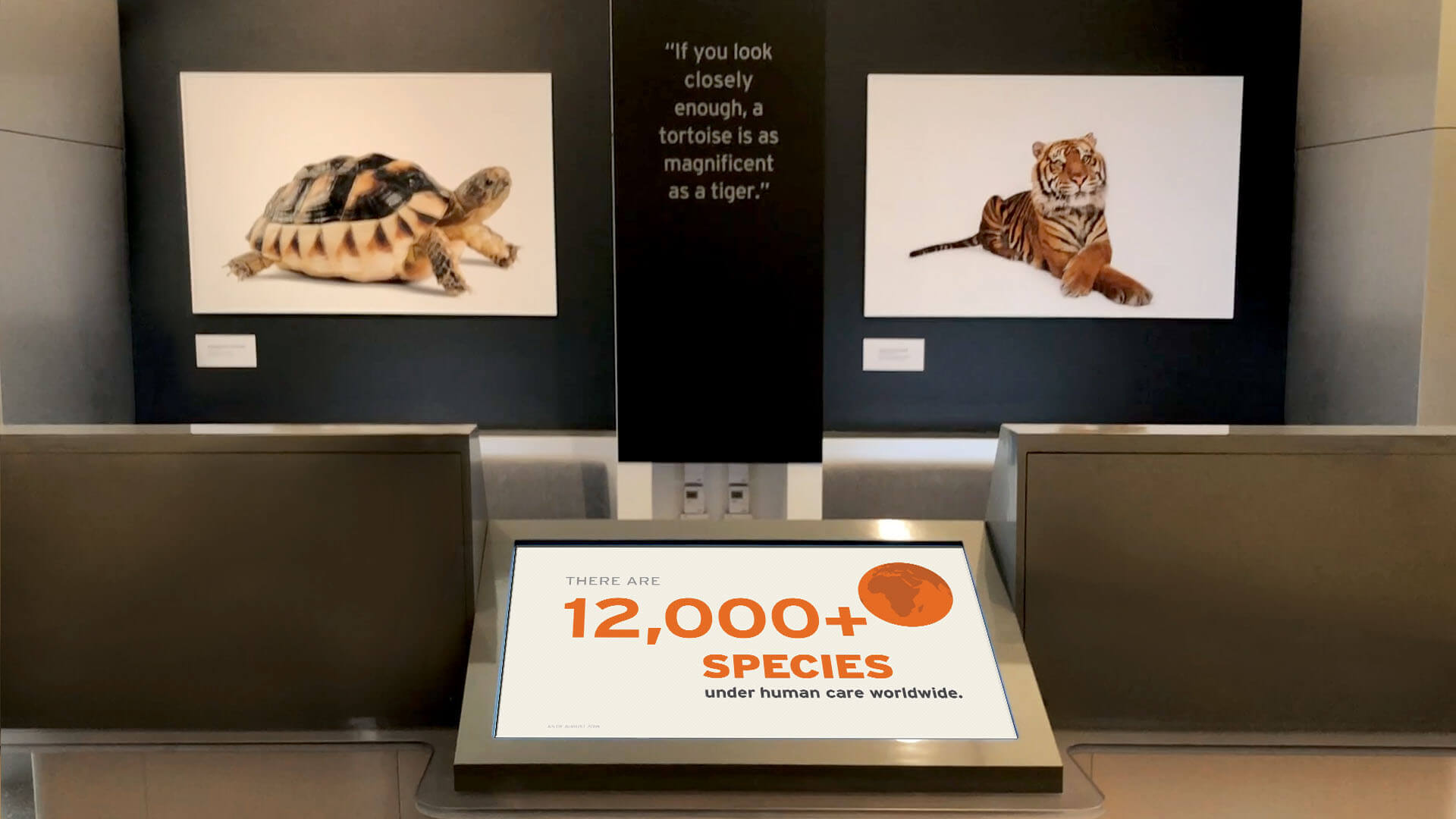 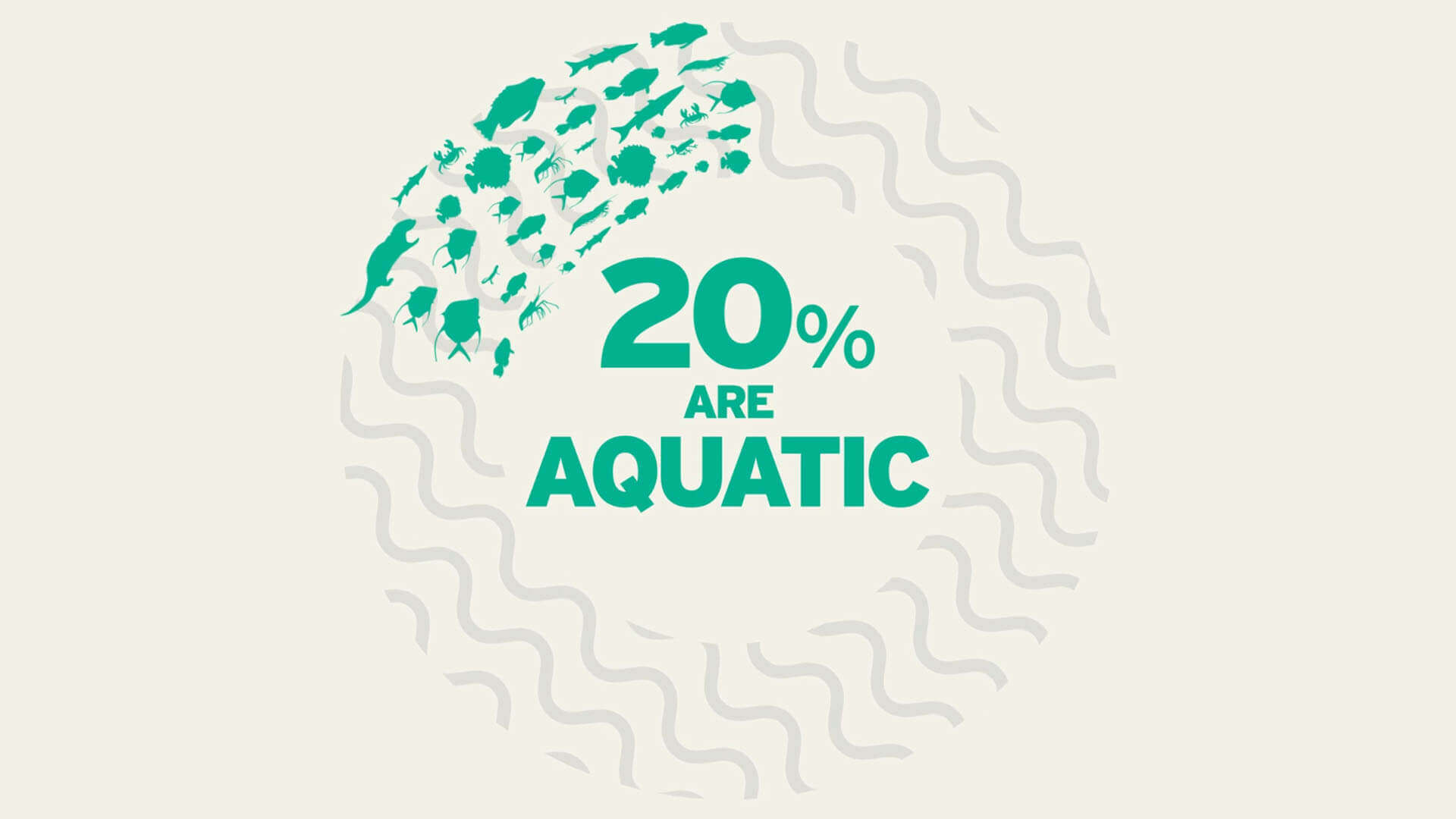 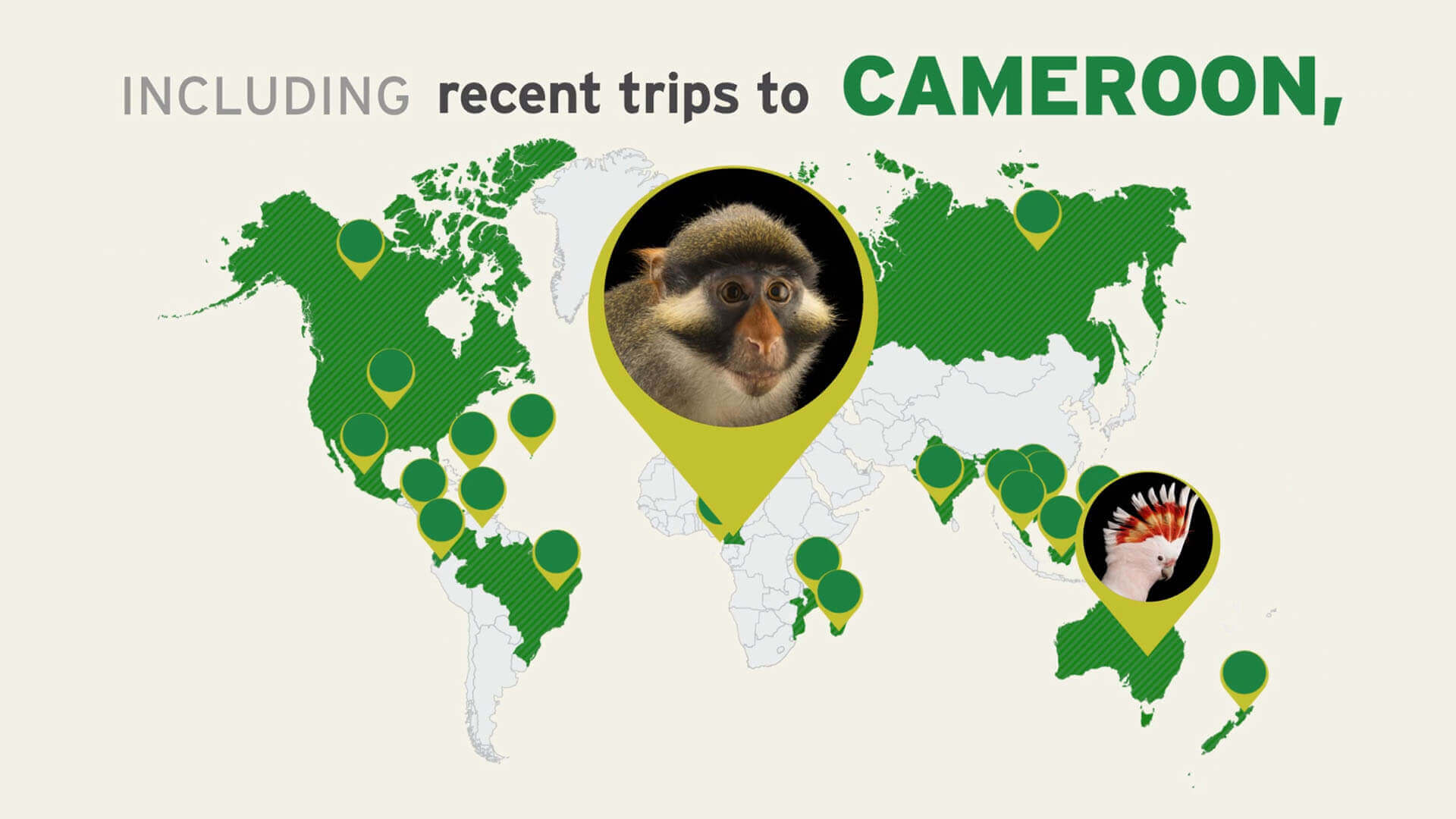 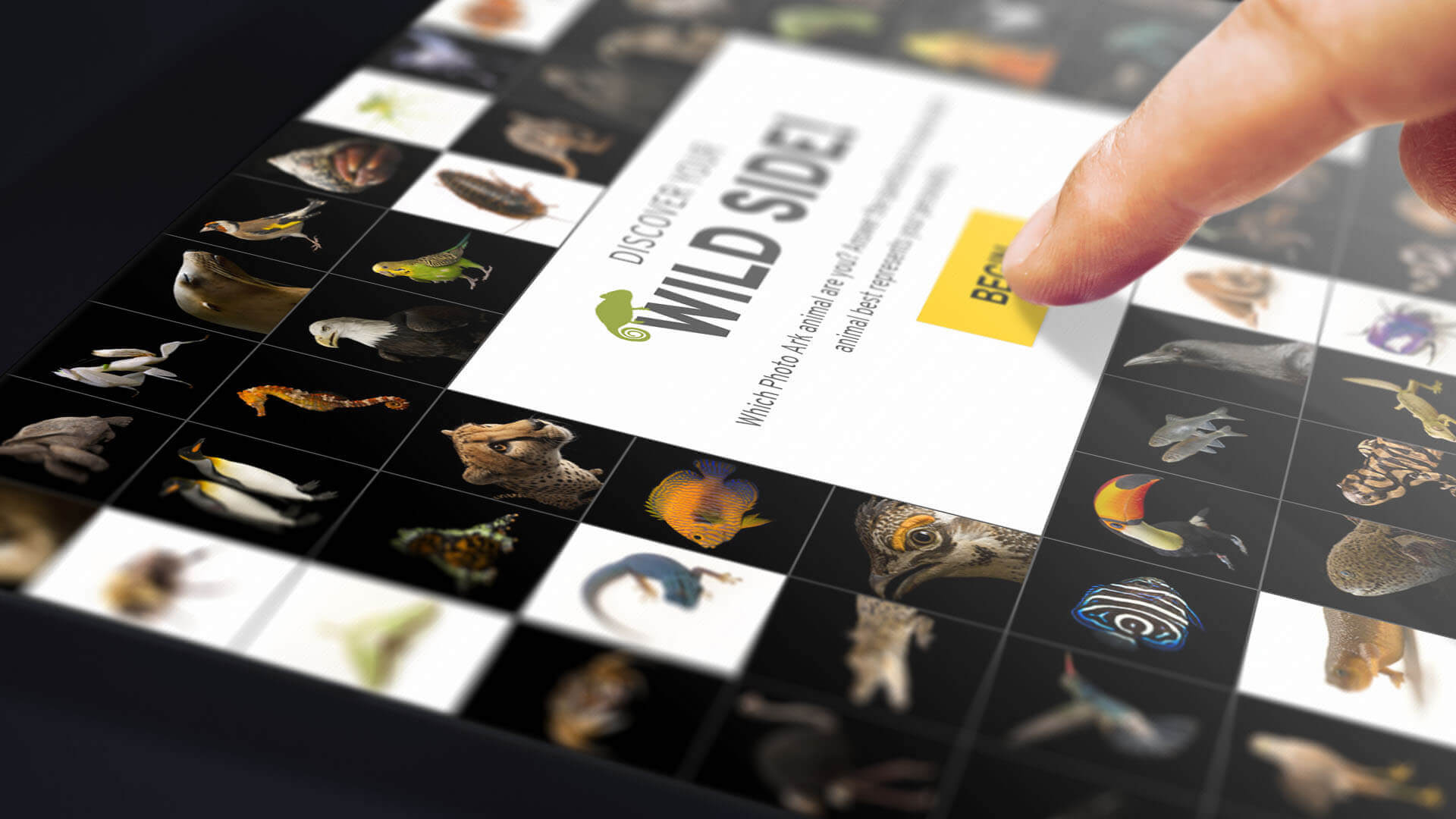 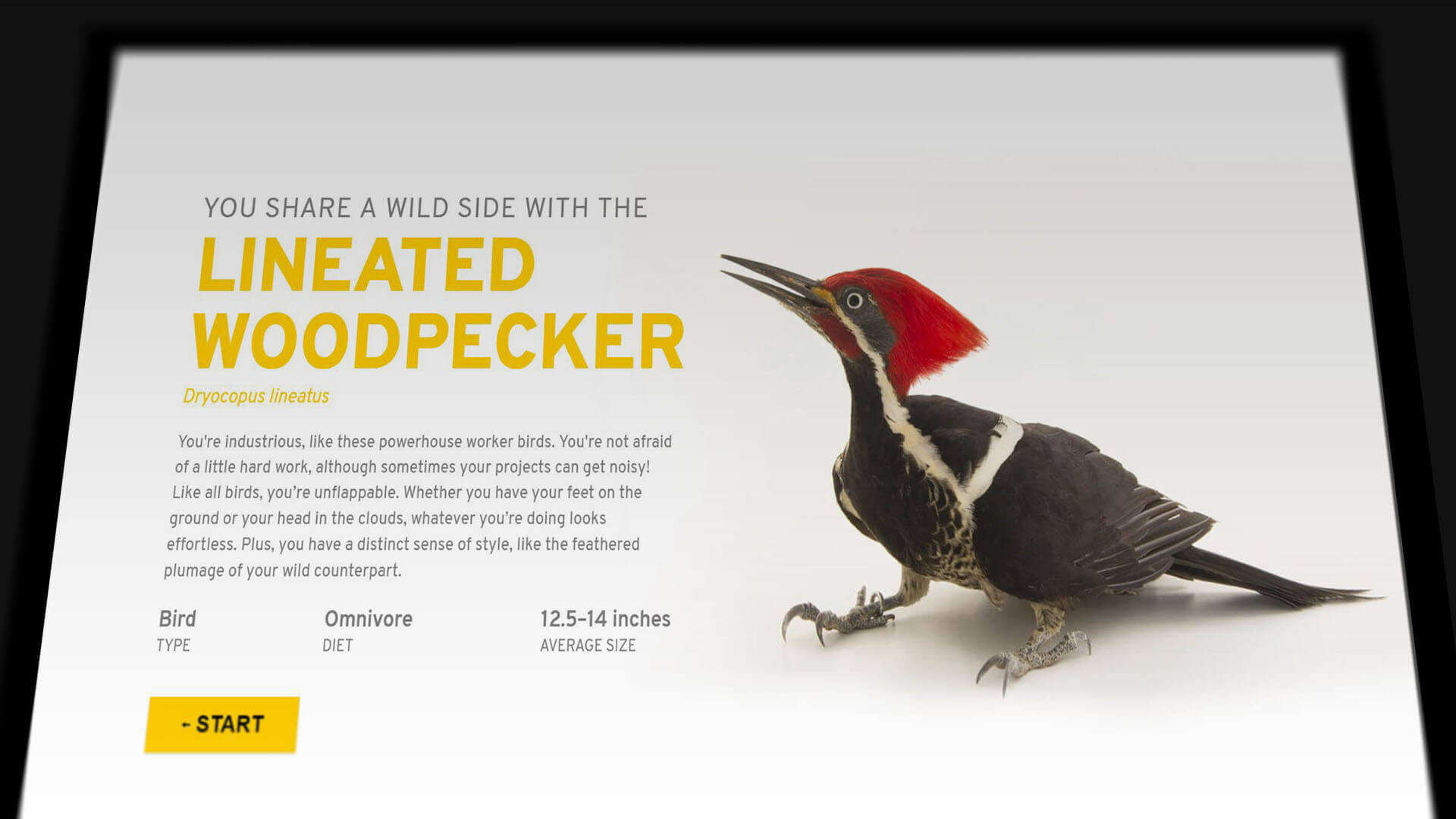 The mission of The Photo Ark is to inspire humanity to care for species that are near extinction, while there’s still time to protect them. During the Ark's exhibit of nearly 10,000 species captured in photos and videos at the Annenberg Space for Photography in LA, we partnered with National Geographic and photographer Joel Sartore to breathe magic and interactivity into the event so that visitors ranging from children to adults would have a more memorable experience. Our creations took the form of an interactive touchscreen animal affinity quiz, an infographic-style video installation, and a 3D modeled, animated, lifelike, color-changing, chameleon hologram that used a virtual creature and physical set to marry the digital and analog worlds. Photo Ark was the venue’s biggest show since their grand opening in March of 2009.

To empower visitors to learn more about themselves, an interactive touchscreen revealed which of the Ark’s featured species exemplified the user’s qualities. By tapping their way through a visual questionnaire based on extensive research, picking things like their preferred clothes, weather, and vacation destinations, visitors could discover what animal they most aligned with, before sending it to themselves and sharing it socially. To get the public excited about the different species and mission of the Photo Ark, a video kiosk presented an animated video highlighting the challenges and superlative qualities of featured species as well as the photographer–Joel Sartore–down to his process, how he spends time with each animal he photographs, and what’s next for this conservation effort.