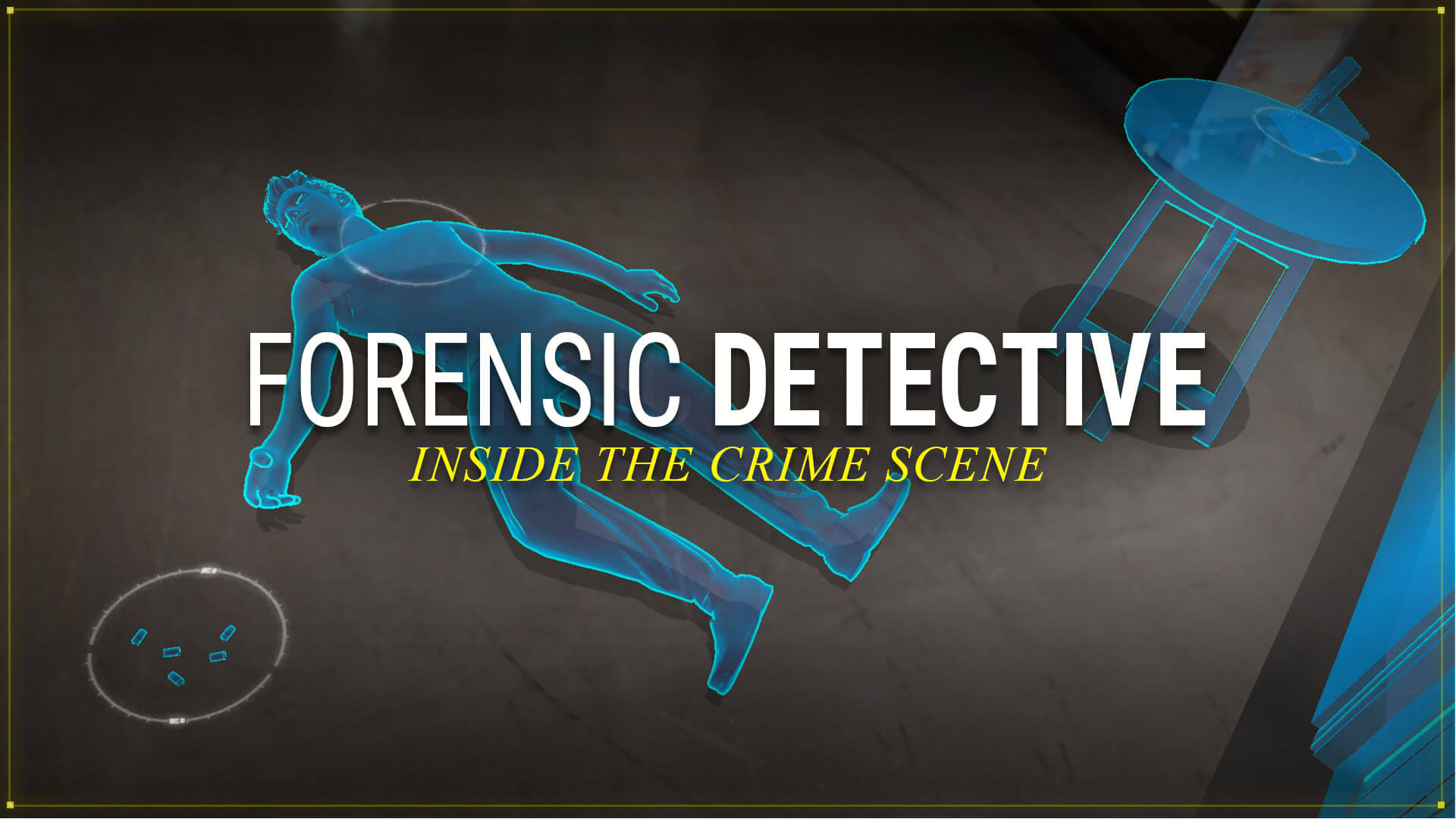 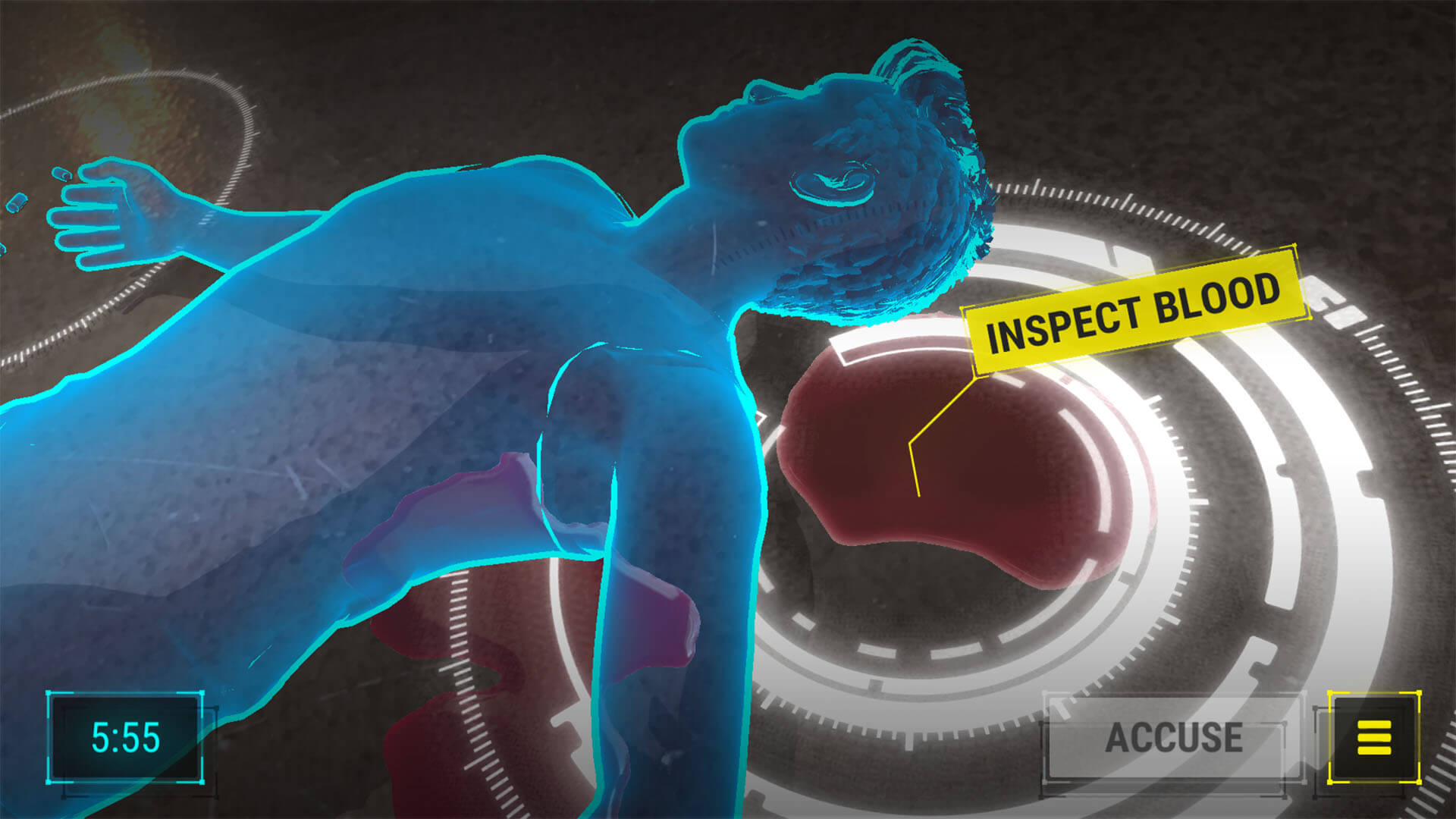 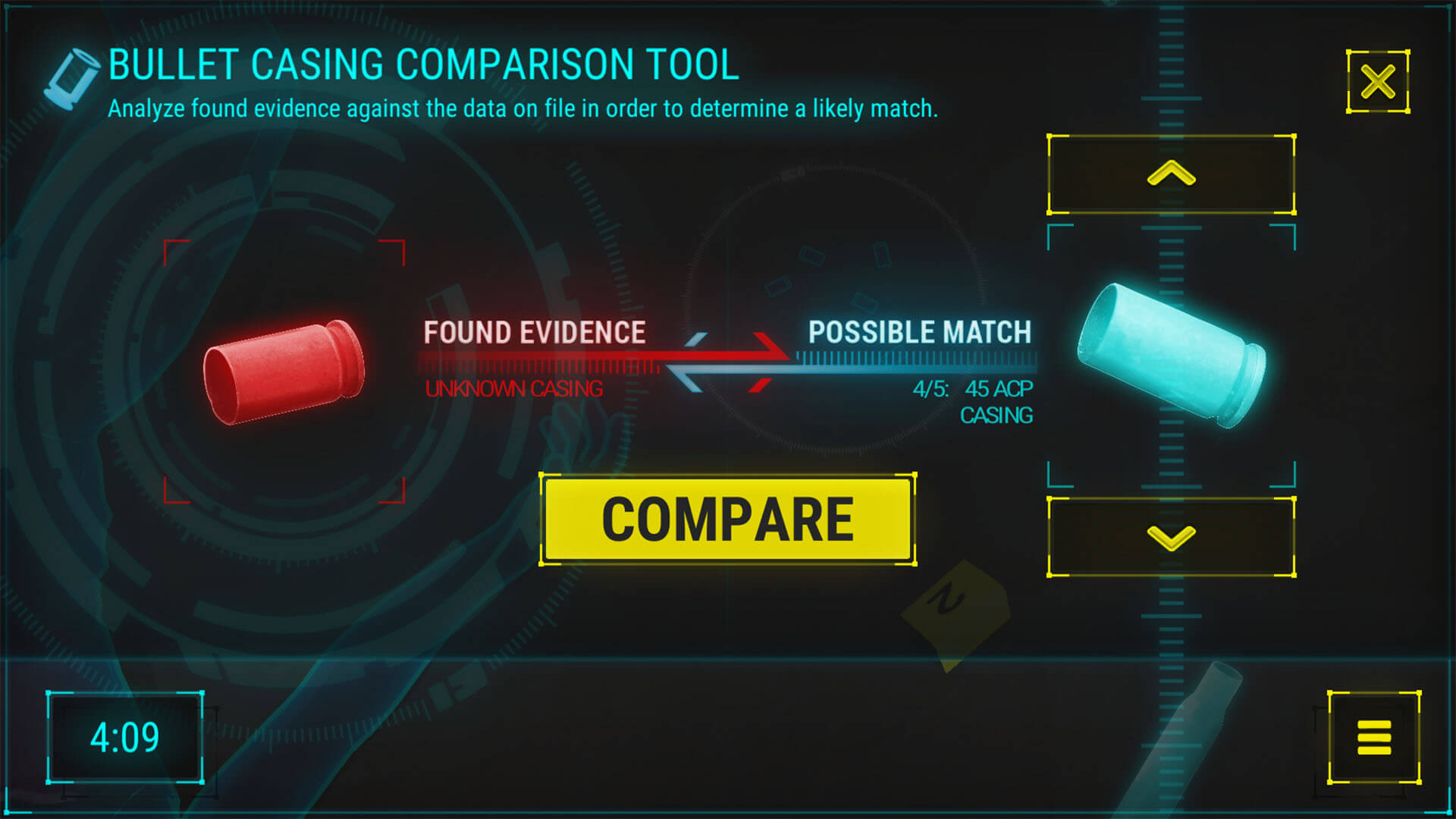 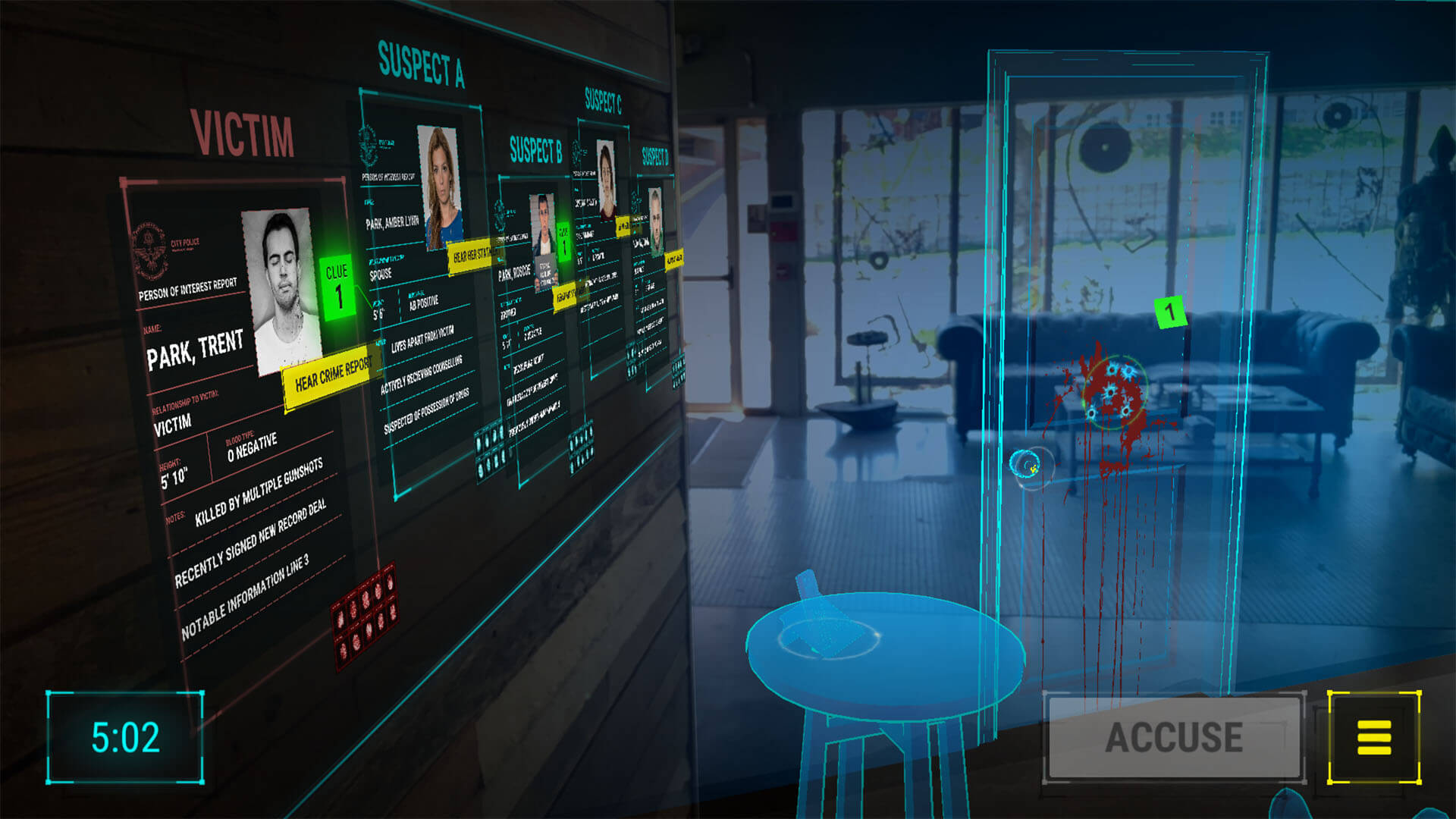 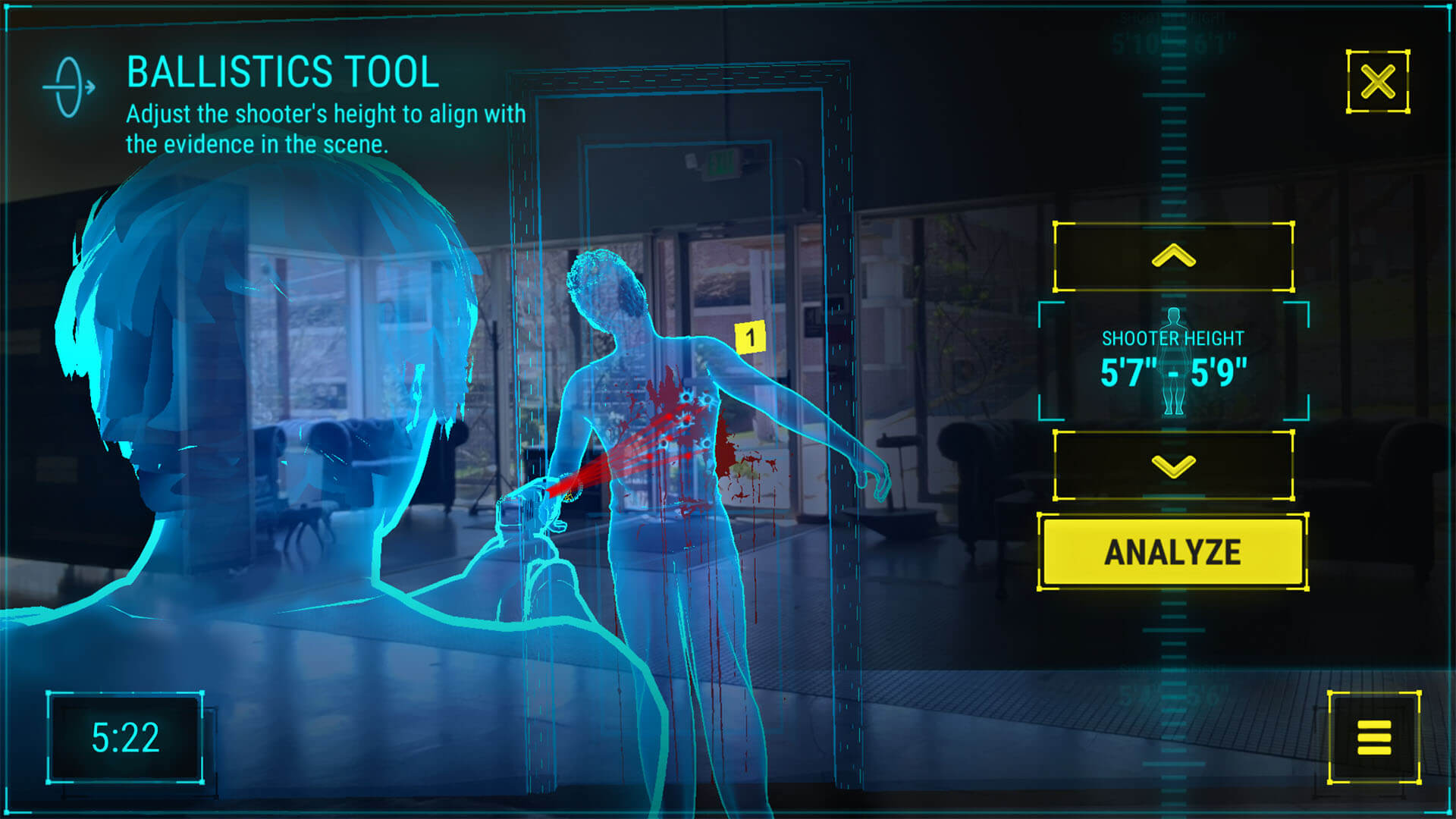 Become a crime scene investigator by using Augmented Reality to solve a murder. Find evidence all around your home and catch the killer before they get away.

Get the iOS App

Oxygen’s true crime enthusiasts inherently want to feel like a detective while watching a mystery unfold. They want to follow the clues, draw conclusions, and ultimately solve the case. We set out to extend the idea of viewer participation beyond the television screen and into their living room with an AR app that surrounds the user with a life-size, hologram-like crime scene that is revealed by looking through their smartphone screen. Walk around and investigate the evidence throughout the scene to piece together enough clues to solve a murder. Evidence like fingerprints, blood, bullet trajectories, and more are examined using futuristic tools which each get the user one step closer to identifying the guilty suspect.

Every piece of the story was not only seamlessly woven together to tell the tale, but consideration was given to ensure that investigators could explore the scene non-linearly. Only after uncovering and solving enough clues would a complete understanding of the scene and motives allow you to figure out who to bring to justice. AR technology simulated the scene at room-scale on your real floor, with some elements that are customizable, such as the list of possible suspects, which can be placed on any wall you choose. Forensic Detective is one of the very first AR Apps to allow elements to be placed on walls, not just floors, an advancement that lets our experience further feel like it’s inhabiting the user’s real space.