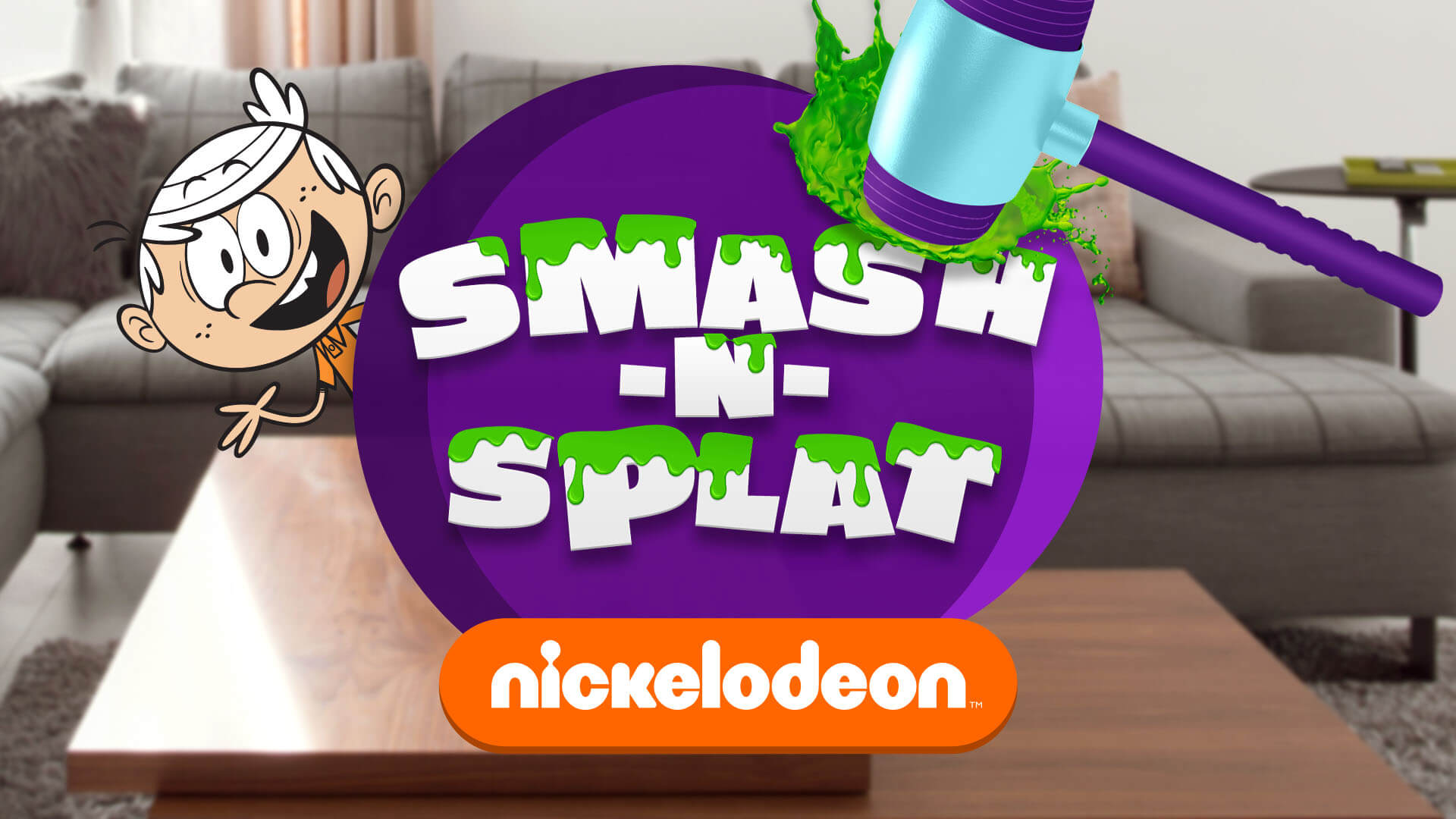 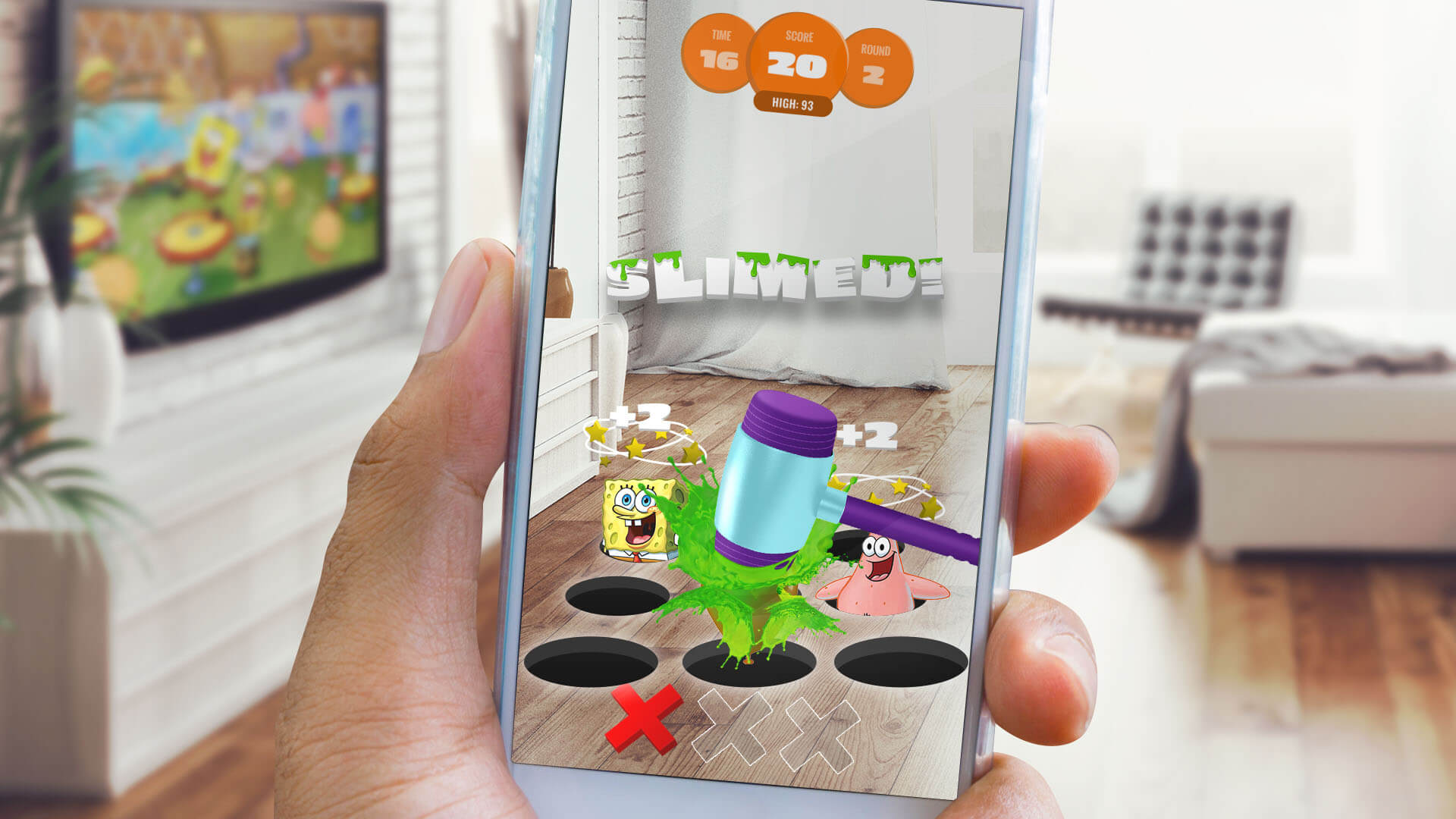 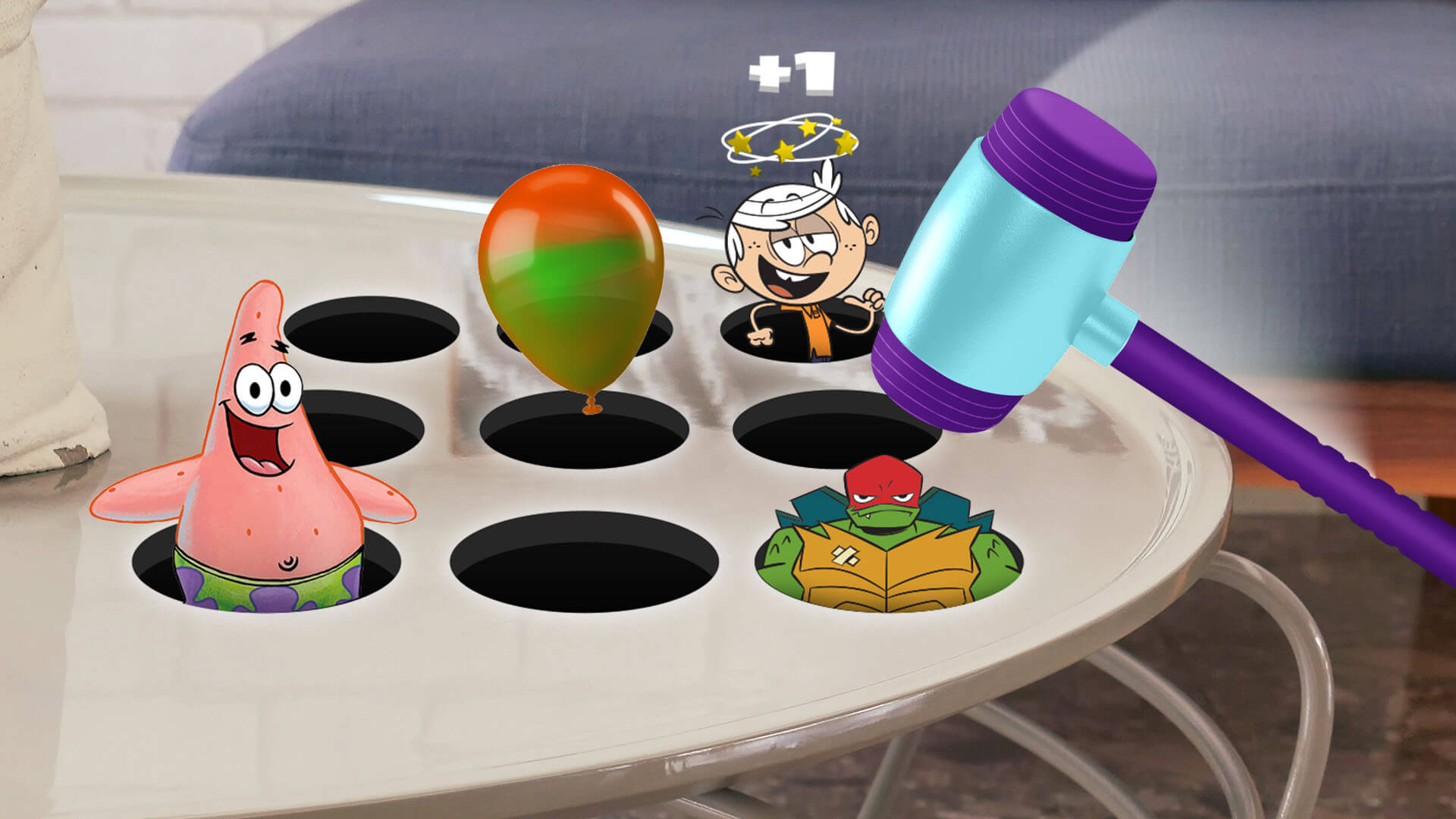 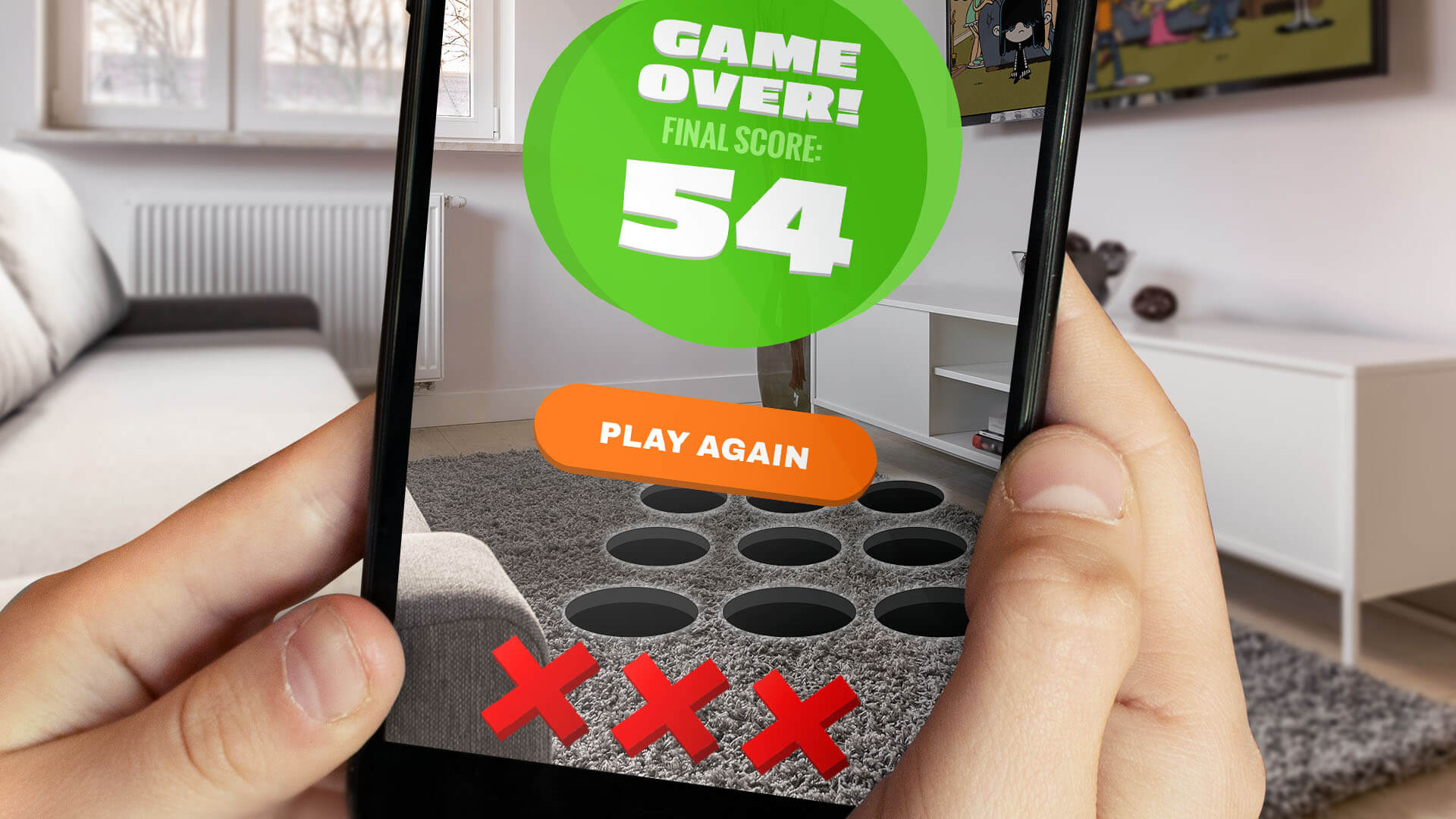 Nickelodeon is just starting to roll out Augmented Reality games within its robust Screens Up app and our Smash -N- Splat game is one of the first to break ground in this fantastic new augmented space. Developed in Unity and released as part of the Nick Screen’s Up emporium of activities, Smash -N- Splat is a fresh take on the arcade staple “Whack-A-Mole”. Players can wield a rubber mallet to knock down a random series of friends and foes as they quickly emerged from holes on an oversized gameboard. The release of the Smash -N- Splat was aligned with Nickelodeon’s Annual Flagship event – The Kid’s Choice Awards and features some of Nick’s most beloved characters.

Using the camera on a smartphone or tablet, kids at home scan a flat surface like a tabletop or floor and then see the Smash -N- Splat game appear in the room before them. Tapping on the screen prompts an AR hammer to take swings at Nick’s TV personalities like SpongeBob SquarePants and the Teenage Mutant Ninja Turtles. Players can whack as much Nick IP as possible in as many 30 seconds rounds that they can survive before getting 3 strikes for misses and ending the game. As a bonus, the occasional Slime balloon will appear in the game and if a player can smash it, they slime all characters on screen for a mean-green windfall of points. The game is seriously as much good clean fun as you can have when there’s slime involved.