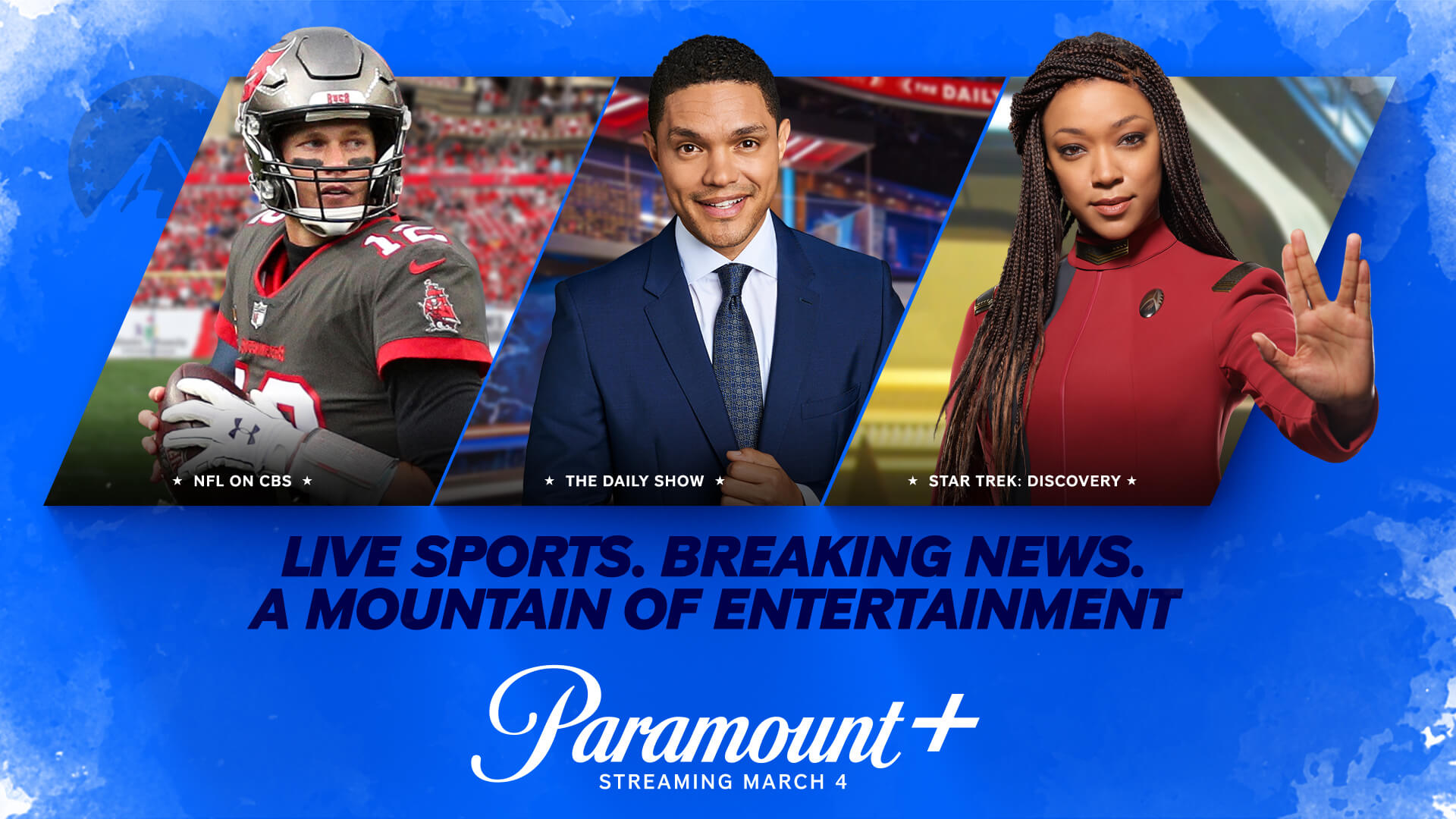 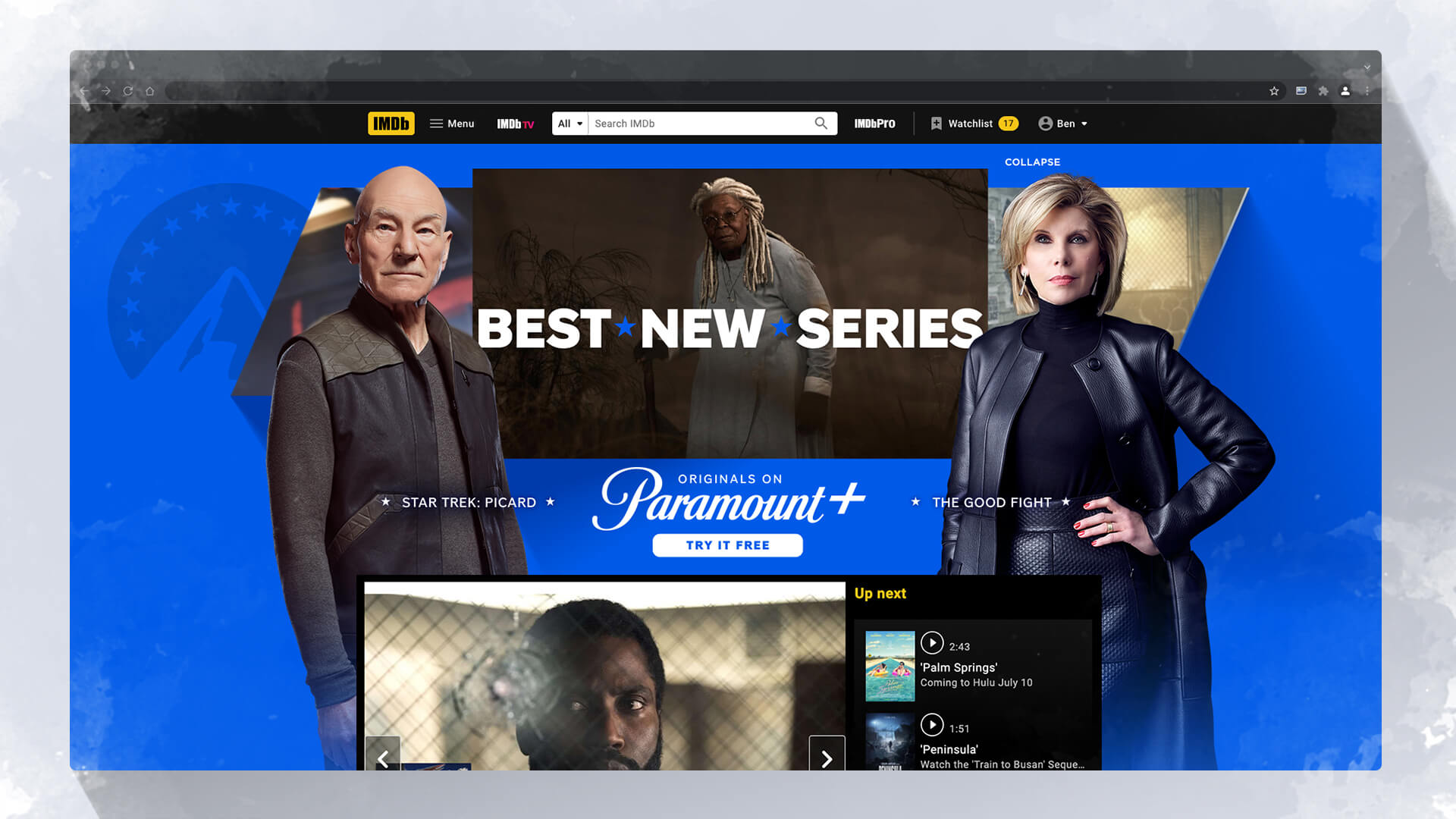 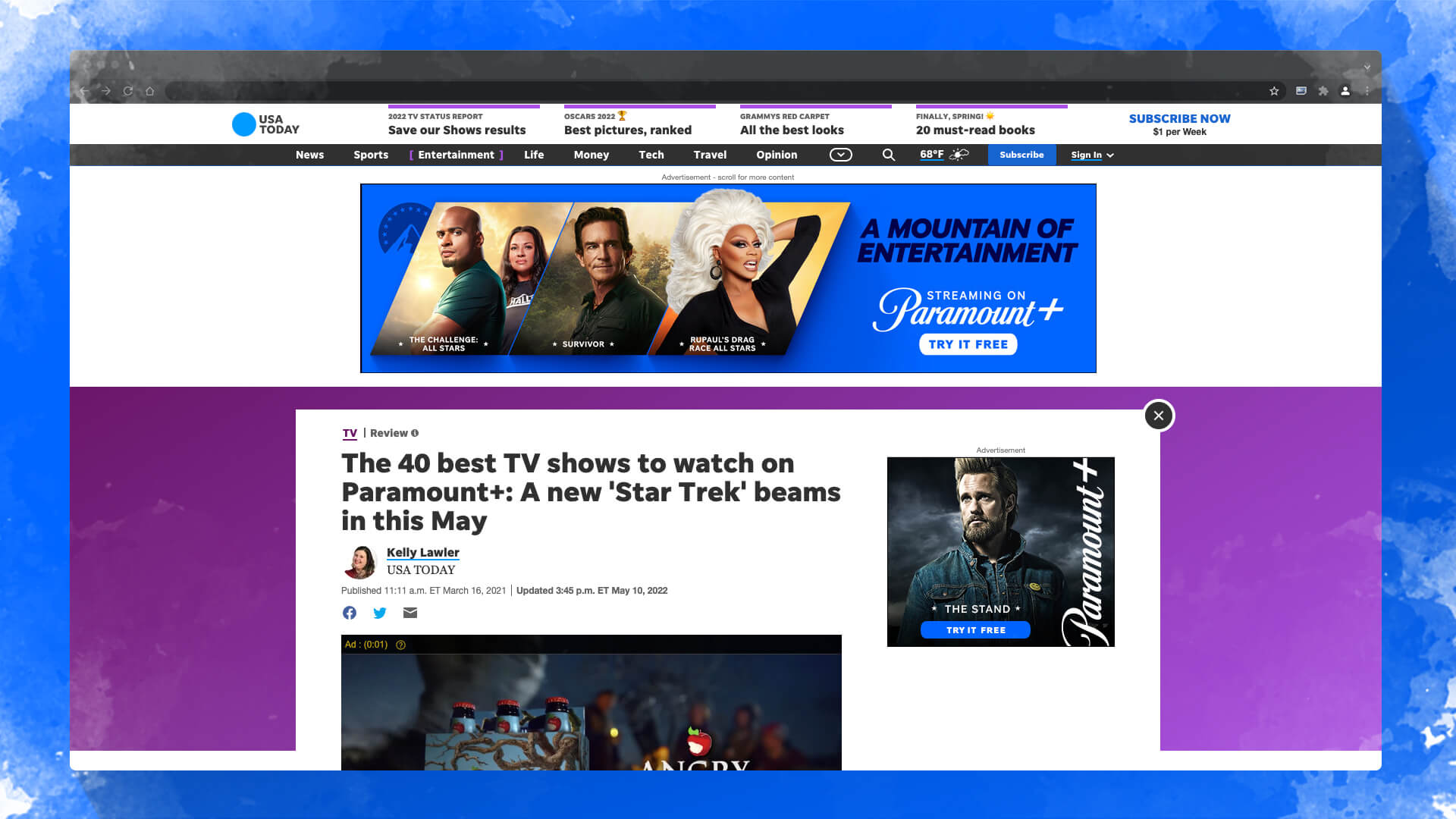 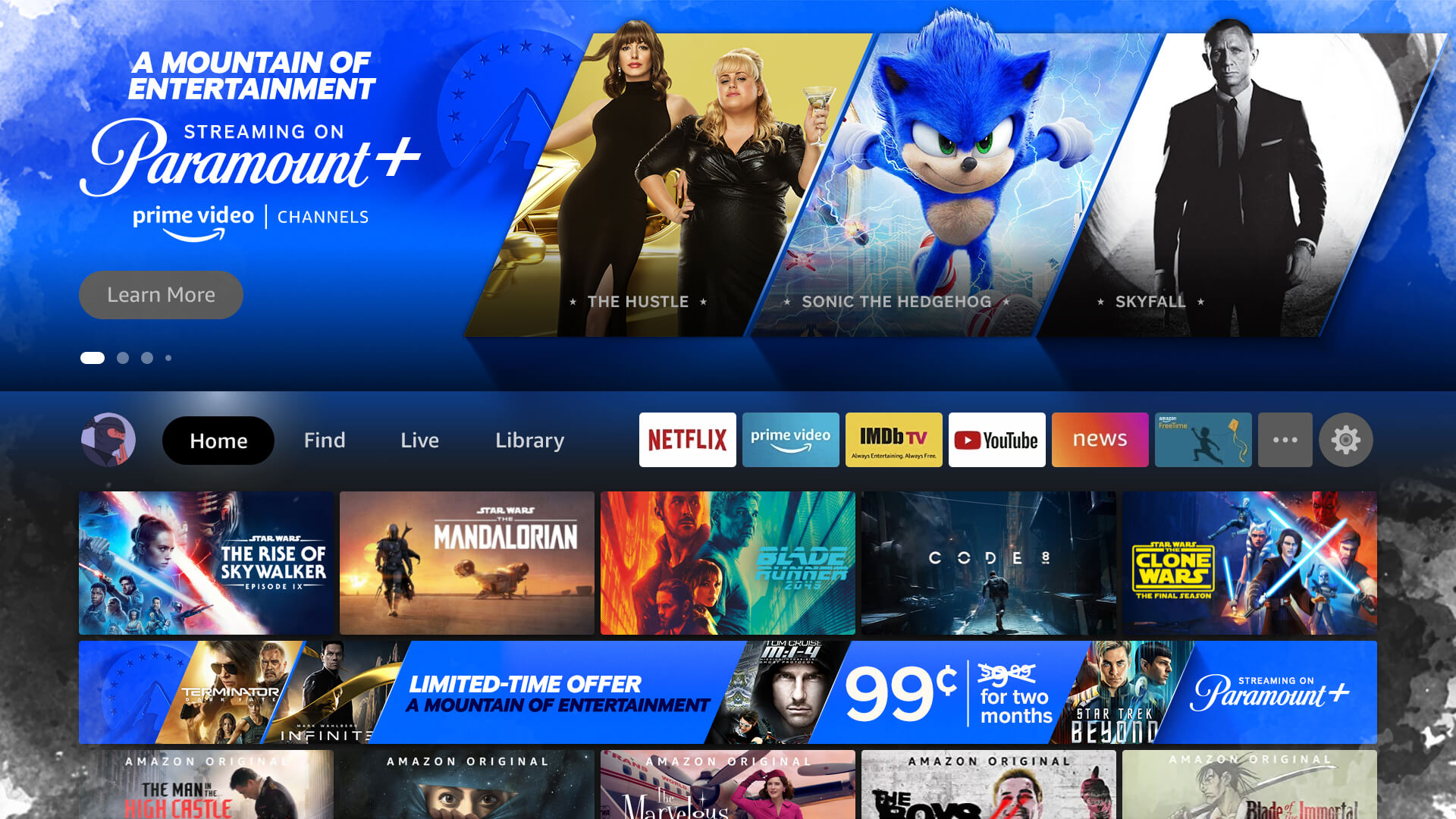 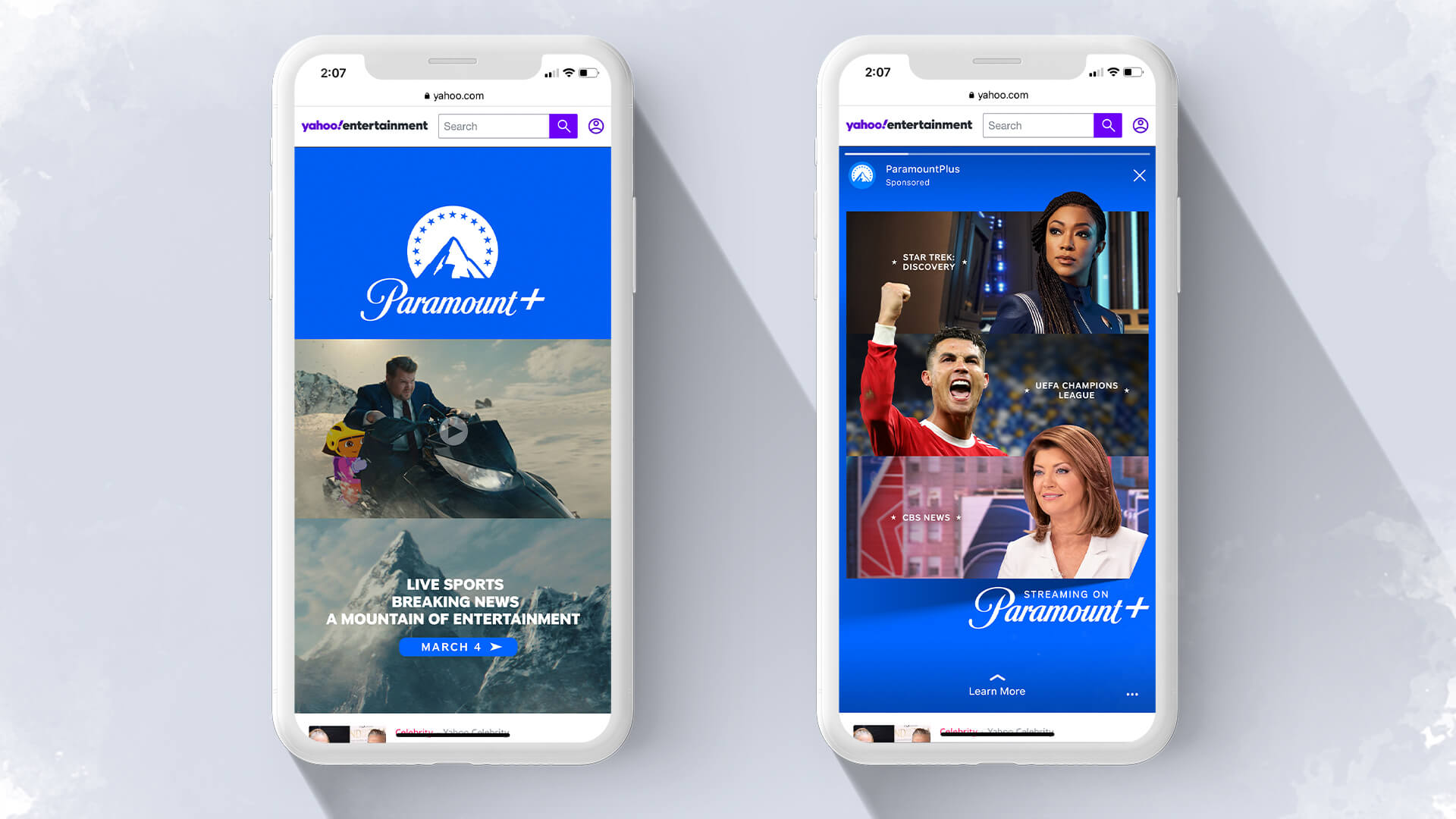 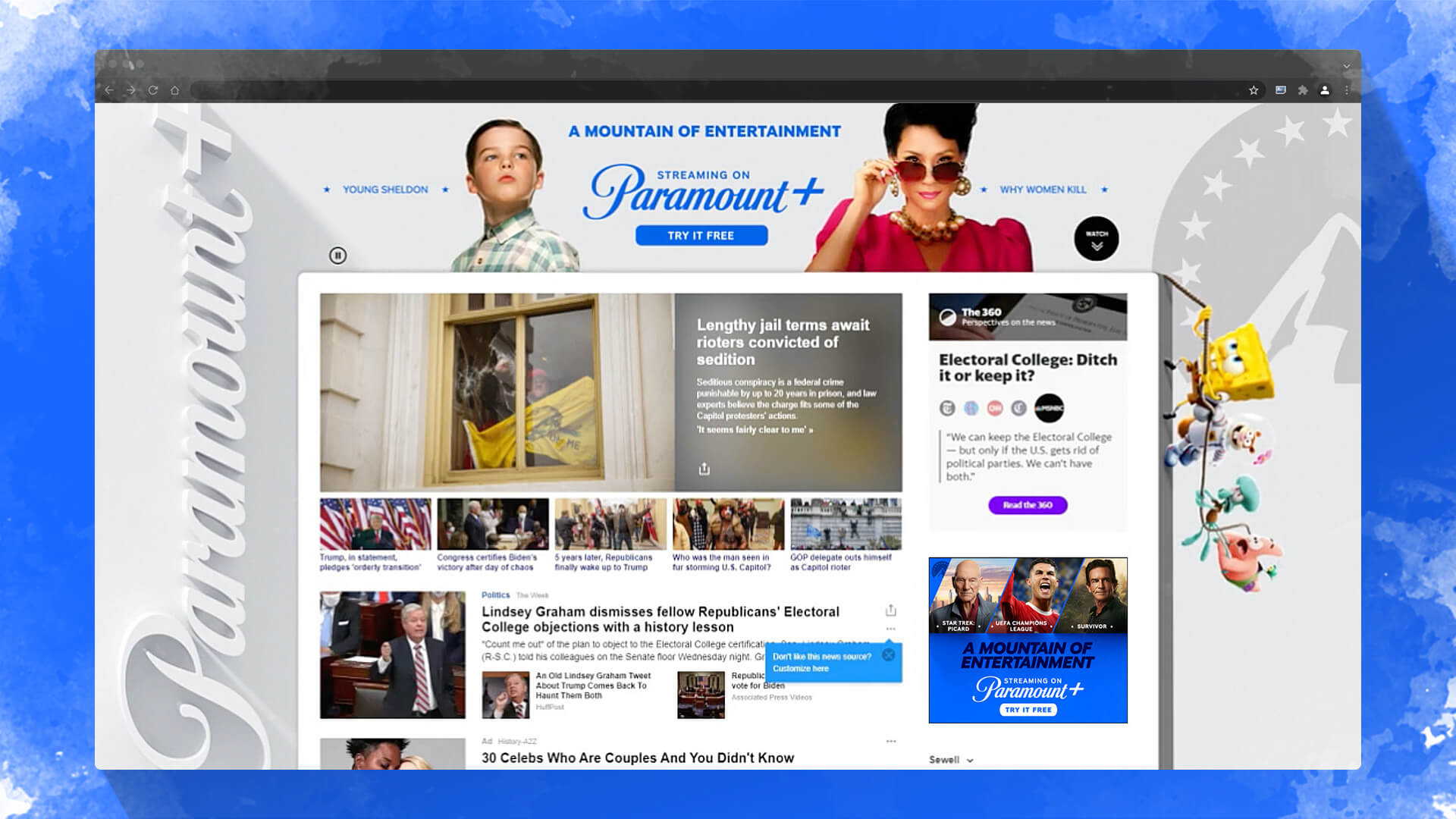 Peek at a wealth of content in a diverse 360 campaign that spans a full year, designed to promote an evolution of a fast-growing streaming platform.

After the merger of entertainment giants Viacom and CBS, Paramount+ was born as a premier streaming platform with a Mountain of Movies and home to diverse content from SpongeBob SquarePants to the Star Trek universe. We partnered with our friends at Paramount+ to deliver a full campaign featuring digital ads, site takeovers, out-of-home displays and social media promotions.

The robust 360 campaign highlighted the wealth of content living on the network from live sports to original series and reality favorites from BET, CBS, Comedy Central, MTV, Nickelodeon, Nick Jr., Paramount Pictures, Smithsonian Channel, and more. In its first-year Paramount+ has grown to over 56 million global subscribers and continues to be one of the fasting growing streaming networks.