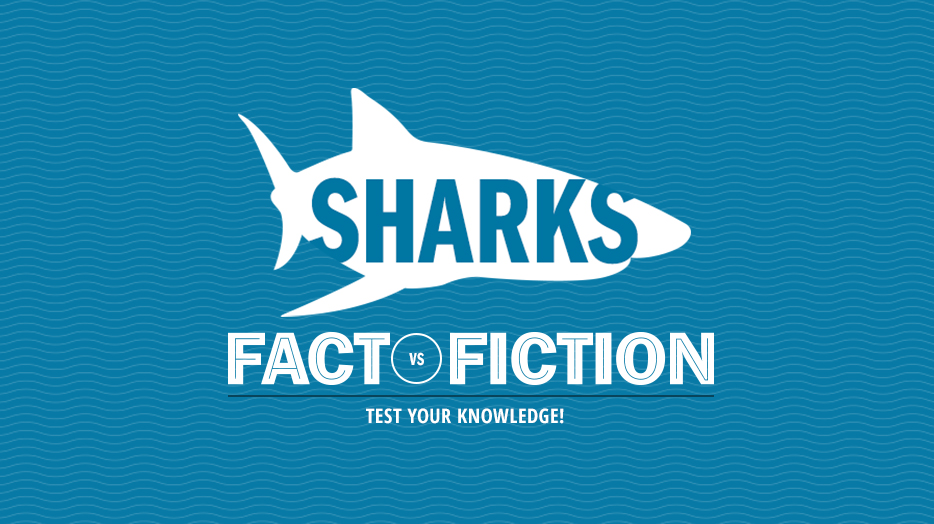 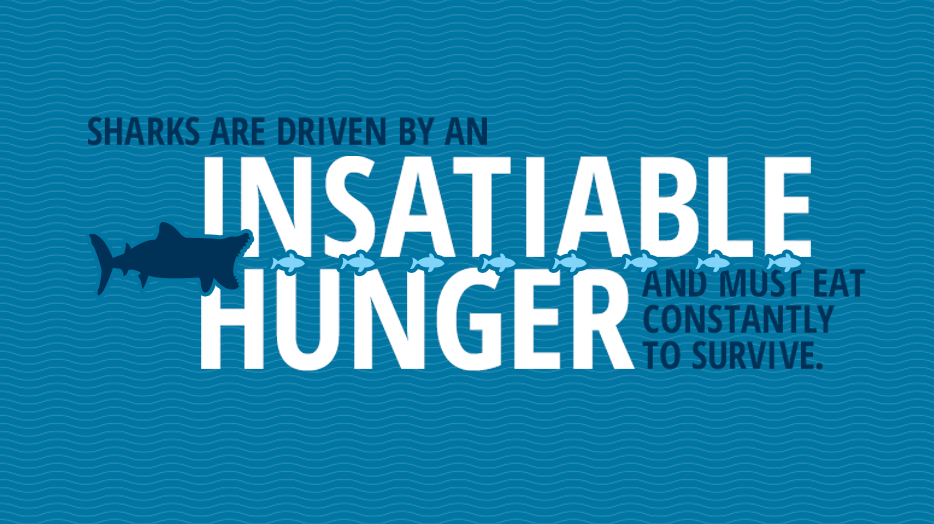 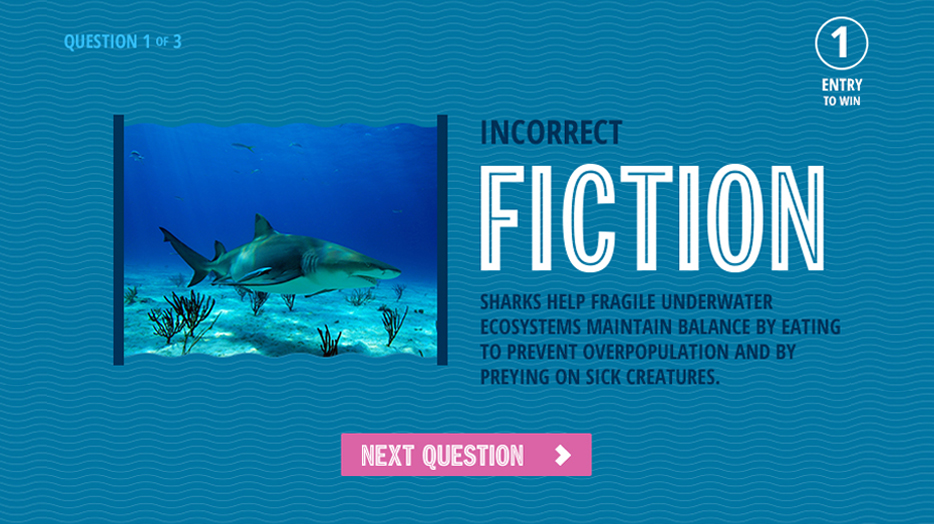 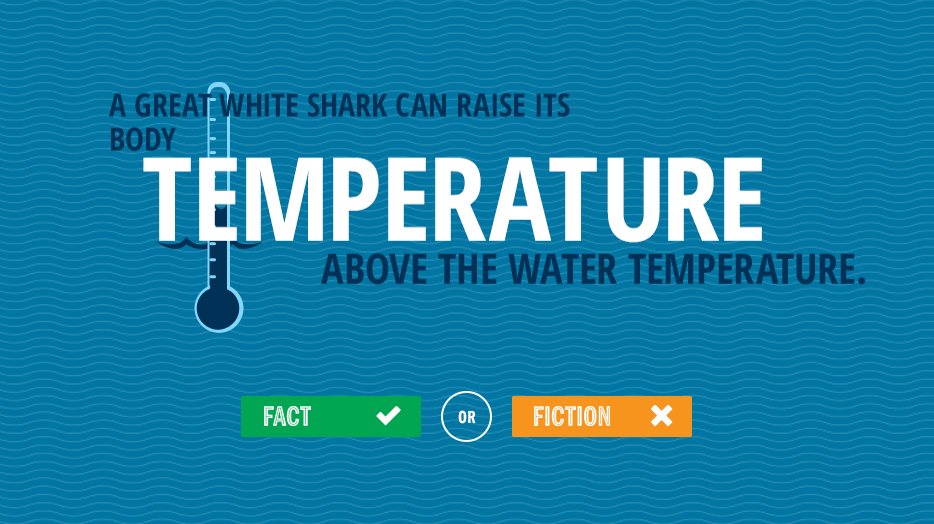 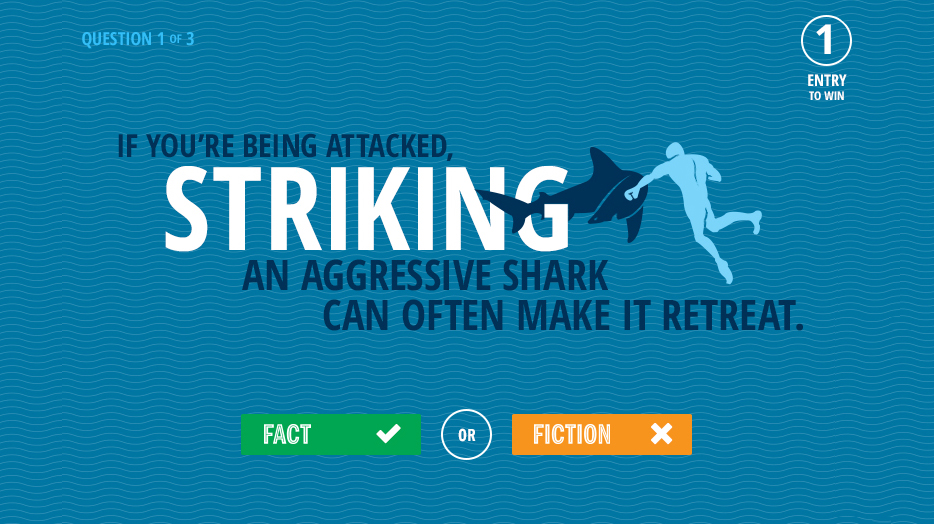 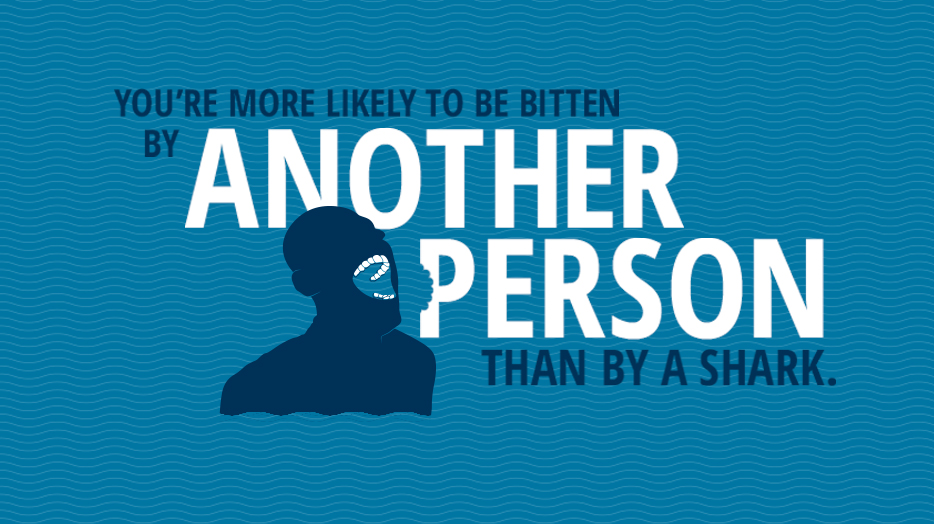 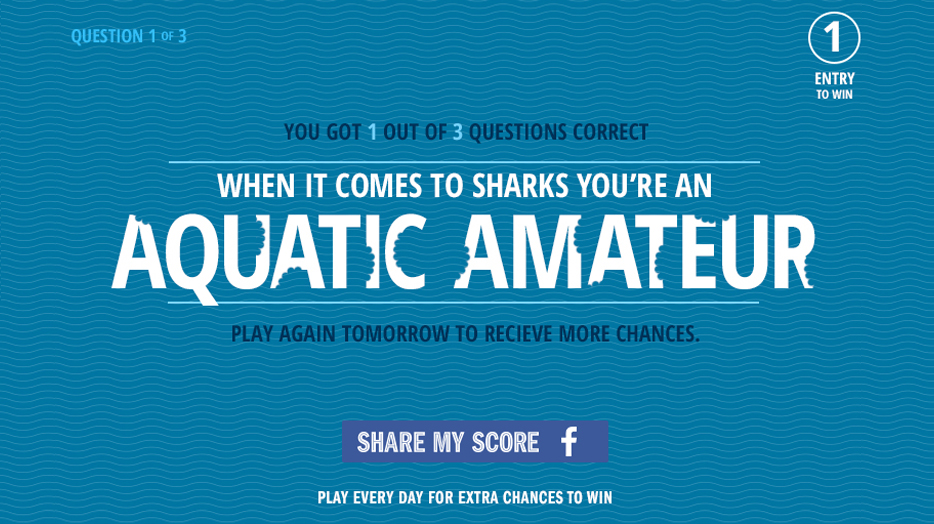 A maiden with a penchant for diving with the toothiest denizens of the deep pledged her life to educating the world about her misunderstood, finned friends. This autonomous, electrified quiz aids in her endeavors to conserve the ocean’s most notorious residents.

To educate potential viewers about Smithsonian Channel’s new Shark Girl series and the plight of sharks across the globe, we challenged participants to discover how much of what they thought they knew about sharks was true and how much was Hollywood-inspired prejudice. Participants got to learn a bevy of enlightening, sharable facts about sharks while earning additional chances to win prizes inspired by the show. Original illustrations set the scene for each question, and each surprising shark-based fact strove to change the negative view that many people have about sharks.

While most swimmers would frantically paddle for shore if they saw a dorsal fin swiftly rising above the waves, the Smithsonian Channel’s Shark Girl would swim toward it. These apex predators are typically represented as savage killers in popular entertainment, but they are vital to maintaining healthy oceanic ecosystems. A woman on a mission to save the world’s declining shark population, Madison “Shark Girl” Stewart takes her camera crew into shark-populated waters and records her aquatic adventures among the ocean’s most misunderstood creatures.