From the primitive to the futuristic, from growing to devouring, the Eat: The Story of Food website takes you on an interactive journey through 30 experiential locales that showcase the roles humans have

Explore an interactive 360 degree video of the music recording.

The concept was to virtually take the viewer to each time and place, stimulating the senses of sight and touch through captivating visuals and playful interactive elements. However, there’s a critical component to really placing a viewer in an environment, evoking nostalgia, and illustrating every detail of an environment, and that is of course sound.

Loaded with stimuli and information, sound is omnipresent, and therefore serves as a critical construct of how we perceive the world. The renowned audio-recordist Bernie Krause even discusses its importance in diagnosing the health of an ecosystem due to the myriad cues it lends from every direction, beyond the limited field of sight.

Given the diversity of the topics covered in the site, defining each page and providing audio cues that would immerse the viewer in the landscapes was a challenge involving numerous techniques. Much like a visual installation artist collages and compiles physical elements, the idea was to create sculptures by layering and mixing sounds to build an immersive 4-dimmensional world around the viewer; essentially, a space defined by waveforms. So how can audio be sculpted? The methods vary from interacting with elements in the physical world to manipulating digital waves on a computer.

With field recordings, the more organic of routes, I located places that naturally produced a majority of the sounds I aimed to capture. Take for example the samples from Sugar: The Dark Side of Sugar Comes to Light, and Meat: Fire Changed the Way we Eat. The visuals on the site show scenes far removed from the racket of busy civilization, even for the time period. The themes were dark, so I decided that night time, in the Pocono Mountains, in the middle of the summer, would provide the perfect backdrop. Cicadas would be dying down, the crickets orchestrating in full effect, subtle wind brushing against trees, and not a single whir from a car would reach my two omnidirectional mics. So the backdrop was set, but notice a ripping fire sits in the foreground of both pieces. I needed to sculpt this asset into my environment, and so we scoured the woods for any dry fallen logs, twigs, and kindling, and thus my crew and I began our piece. There was a large train bridge that inhabited the middle of the isolated trail, slightly larger than triple head height, and it created a great shell to distance the loudness of the crickets from the foreground crackle of the fire we were about to build. Mantling my recorder and mics, I started rolling during the building process to get some organic human interaction and working sounds. And finally when it was in full flame I sunk a shotgun mic right up to the base, nearly melting the fibers on the deadcat, to punch the crackles beyond the omni mics. In unison, the crickets sung, the trees swayed, and the fire roared. I had my sound.

This process in the Poconos was the most dedicated, and fun, but the technique of finding a field location was used throughout the site. Take a listen to Meat: Hamburgers Brought Juicy Fun. The visuals illustrate a fun, family fair cookout with burgers sizzling on a blackened charcoal grill in the foreground. To finish this soundscape, a recording of kids going bananas at the playground, screaming and laughing in all their restless glory, was layered in the distance. Additively, I recorded meats cooking and spatulas flipping on my grill in my backyard to fill the front end. For the first page on Food Revolutionaries with the painting of the war in the background, I recorded a civil war reenactment and came away with some pretty robust gun fires, cannon explosions, and the yells of animated soldiers in the distance. And lastly, several pages include ambient insect and animal sounds, so yet again, traveling to the woods day and night for cicada, birds, crickets, and ambient wind/tree tracks was critical.

The second technique, and more practiced throughout, is based on the idea of collaging and layering minutely detailed sounds to give the viewer a sense of a natural environment. Usually involving a shotgun mic with a narrow polar patter to isolate extraneous stimuli, the sculpting process involves recording interactions with single elements until a palette of noise producers has been captured. Take a listen to the Food Revolutionaries: Flavor Innovation Brings Fame and Fortune section. Chicken boiling in olive oil sizzles into an overlaying texture, while knives crack, silverware rustles, oven doors slam, pepper crushes, and chefs bustle. When combined, a complete environment is present, however, this was created one element at a time. The eggs cracking were recorded alone. The water rushing was recorded alone. Everything was recorded free from other kitchen working sounds, all to be compiled later in Adobe Audition. To take another example, listen to Grains: Grains: Civilization Was Built on a Foundation of Grass. With the crows cawing softly in the background of my side yard, I began banging on rocks, stacking stones, walking in the grass, shifting the dirt, hammering, and anything else that yielded the idea of building an early civilization living space and agriculture. Finally, couple these sounds with a light field recording, as mentioned in the first technique, and it provides a textured tone much like a unique blending mode found in Photoshop.

The last technique, and the most avant-garde in some cases, involves manipulating field recordings with Adobe Audition or another synthesizing program, and turning it into a new sound for a much different purpose. For example, listen to Food Revolutionaries: Out of the Kitchen, and into the Lab and Sugar: The Quest for the Perfect Sweetener. The visuals depict synthesized labs, so waveform manipulation was completely on target. Altering the EQ, adding reverbs, and laying subtle distortions, I turned a recording of a clothing dryer into the eerie constant drone of machinery in the lab. Comically blowing bubbles with a straw into milk, coupled with a propane stove, served as a perfect Bunsen burner boiling liquids after adding similar effects. And sitting in my car for a random hour one night, I tuned in and out of AM Radio stations, purposefully landing on white noise and ear shattering static. Distortion, reverb, and other synthesis aided in meshing these into the lab atmosphere you hear on the site.

Universally, regardless of which of the three techniques used, the final step in full surround immersion is a solid mix. For example, automating the pan (Left and Right channel controls) on footsteps alluded to walking through space. If the targeted environment is large, varied elements existing solely on the far left or far right channel produced an exaggerated sense of depth. Lower volumes and heavier reverbs on tracks further that element in space, whereas loud volumes and no post reverb brings it to the foreground. Finally, the timing on volume and placement is crucial to creating a sequence and story.

Sculpting these natural audioscapes definitely takes the viewer further into the multi-sensual journey. So once finished, the final step was setting the mood for the entire site. National Geographic’s aim was a song that appeared “timeless,” considering that the site covers the course of human history. I broke out my acoustic guitar, and for inspiration listened to old and new folk music, spanning from the renaissance to 21st century folk revival. After many guitar sketches and archived ideas, it was boiled down to two songs to add a fully developed structure with more instruments.

Watch and listen to this interactive 360 degree video that illustrates the process of recording the guitar lines and developing the music further with mandolins, violins, and drums. Stuffed with appetizing visuals, delicious audio cues, and mood setting music, Eat: the Story of Food will take you on a tantalizing journey through time and food. Bon appétit! 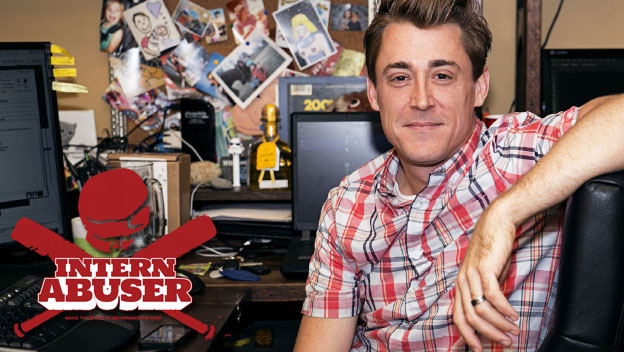 When you strap an intern to a chair, surround them with volatile contraptions, fire Nerf darts at them, and broadcast it all online, you’re bound to get attention. Berks County Living featured our Intern Abuser, as well as…
Continue Reading 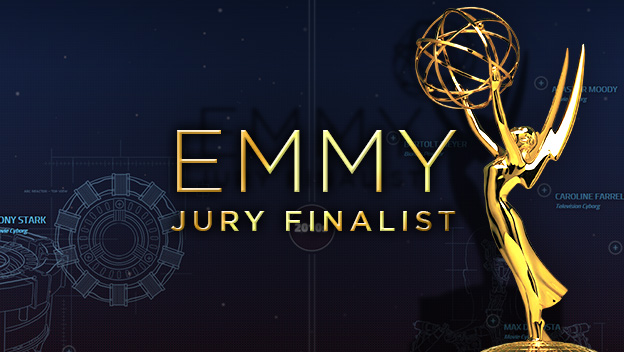 The veil of secrecy can finally be lifted… Recently, Neo-Pangea was invited to present our Rise of the Robots project to the Emmys jury at the Academy of Arts and Sciences in Los Angeles. A content-rich interactive experience…
Continue Reading 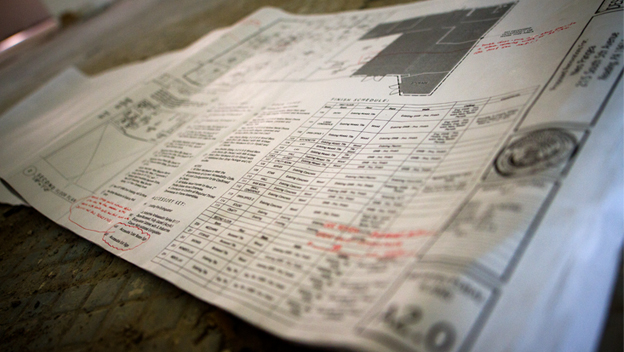 It was bound to happen sooner or later… Neo-Pangea has officially outgrown its cozy West Reading studio at 326 Penn Ave. Although the entire team will miss the space that has seen so much creativity and success over the past…
Continue Reading