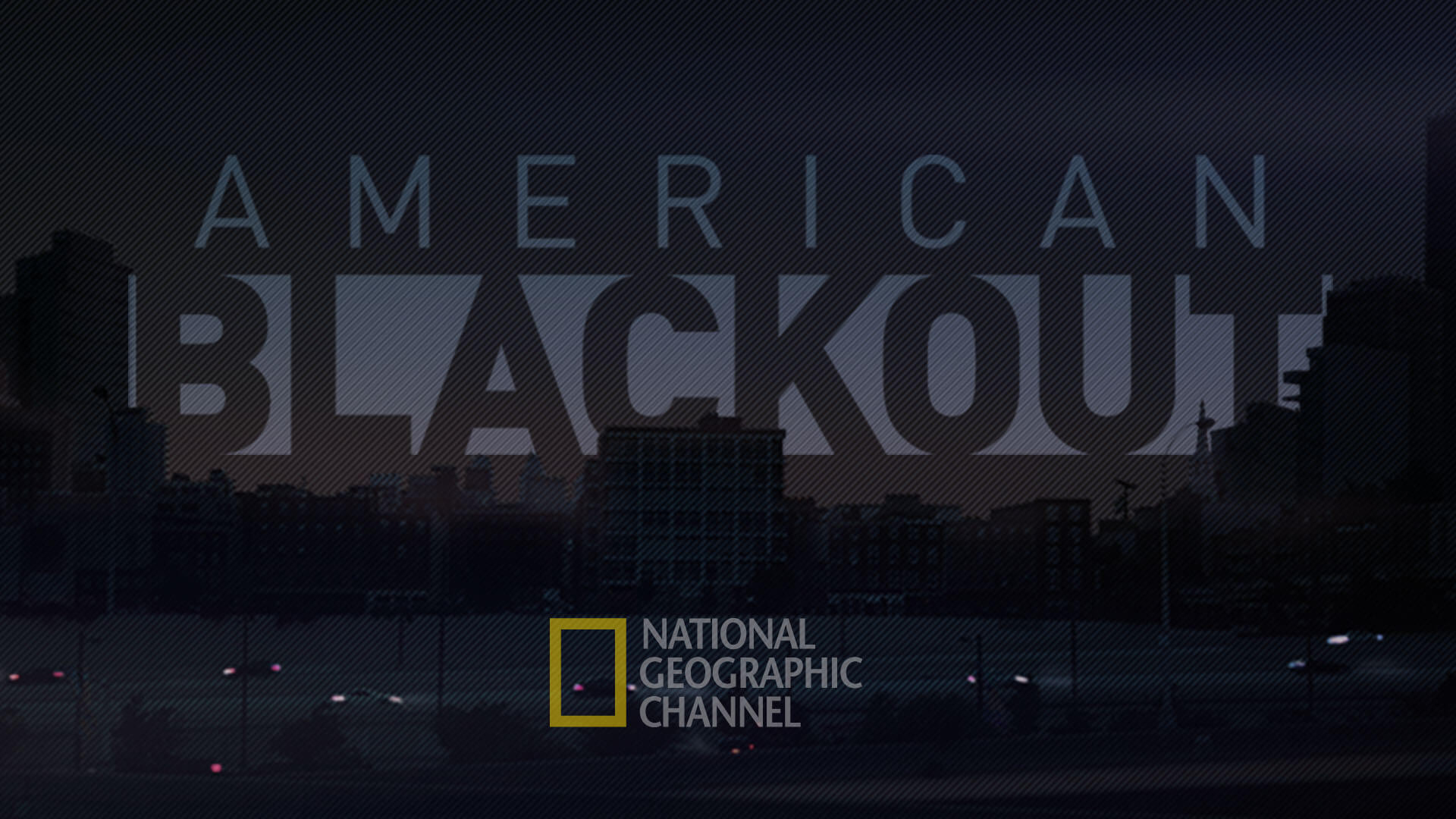 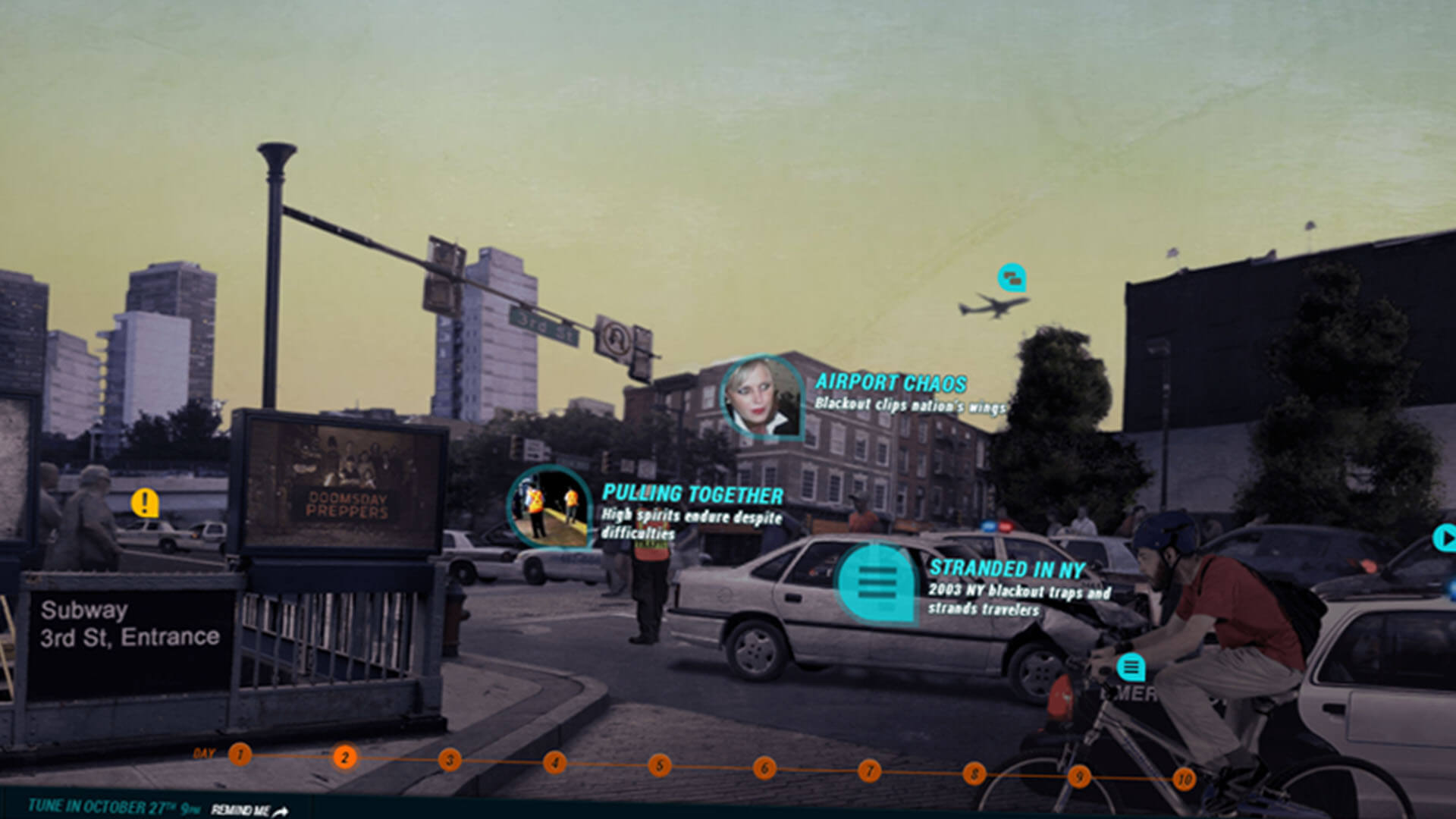 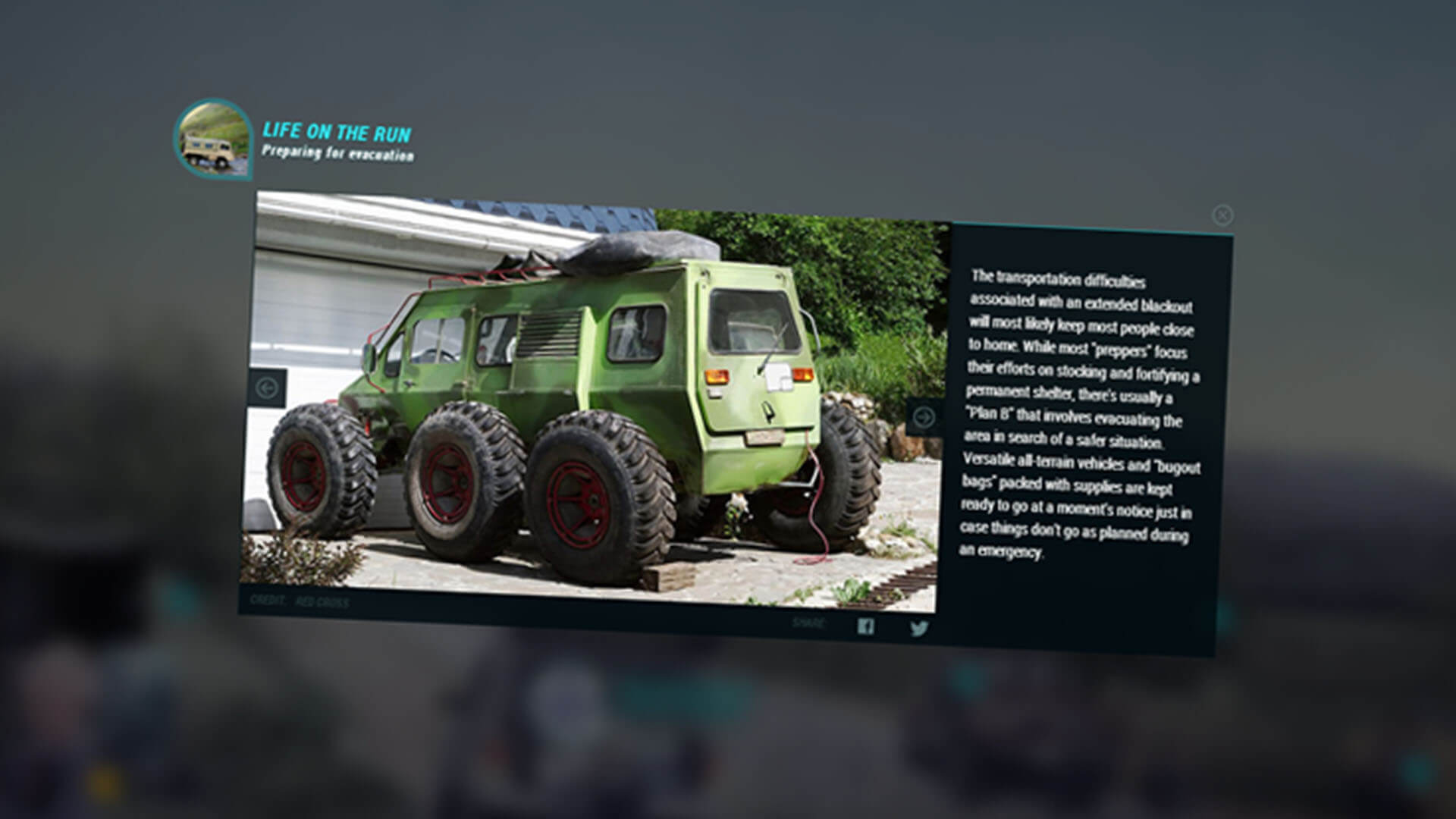 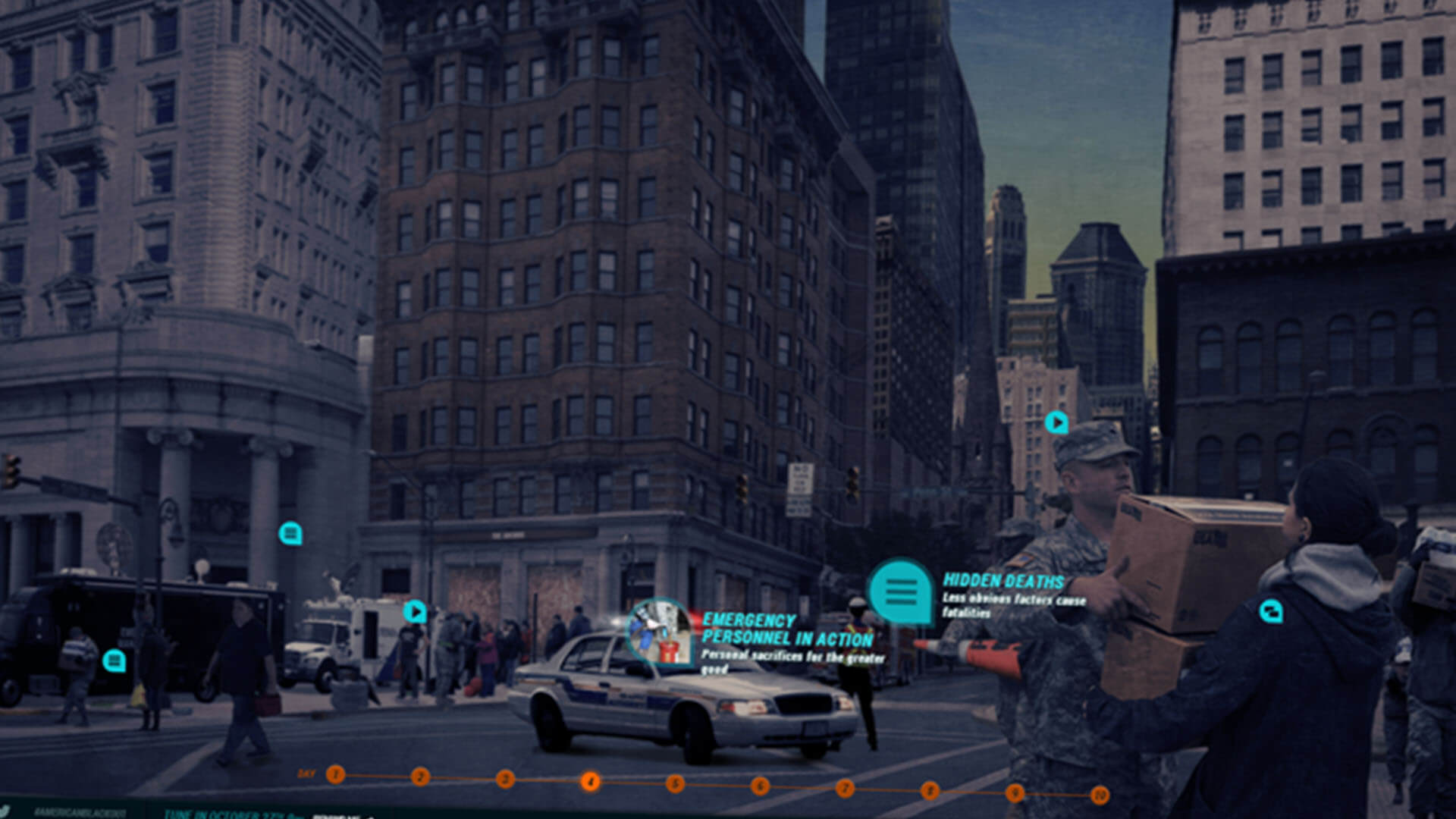 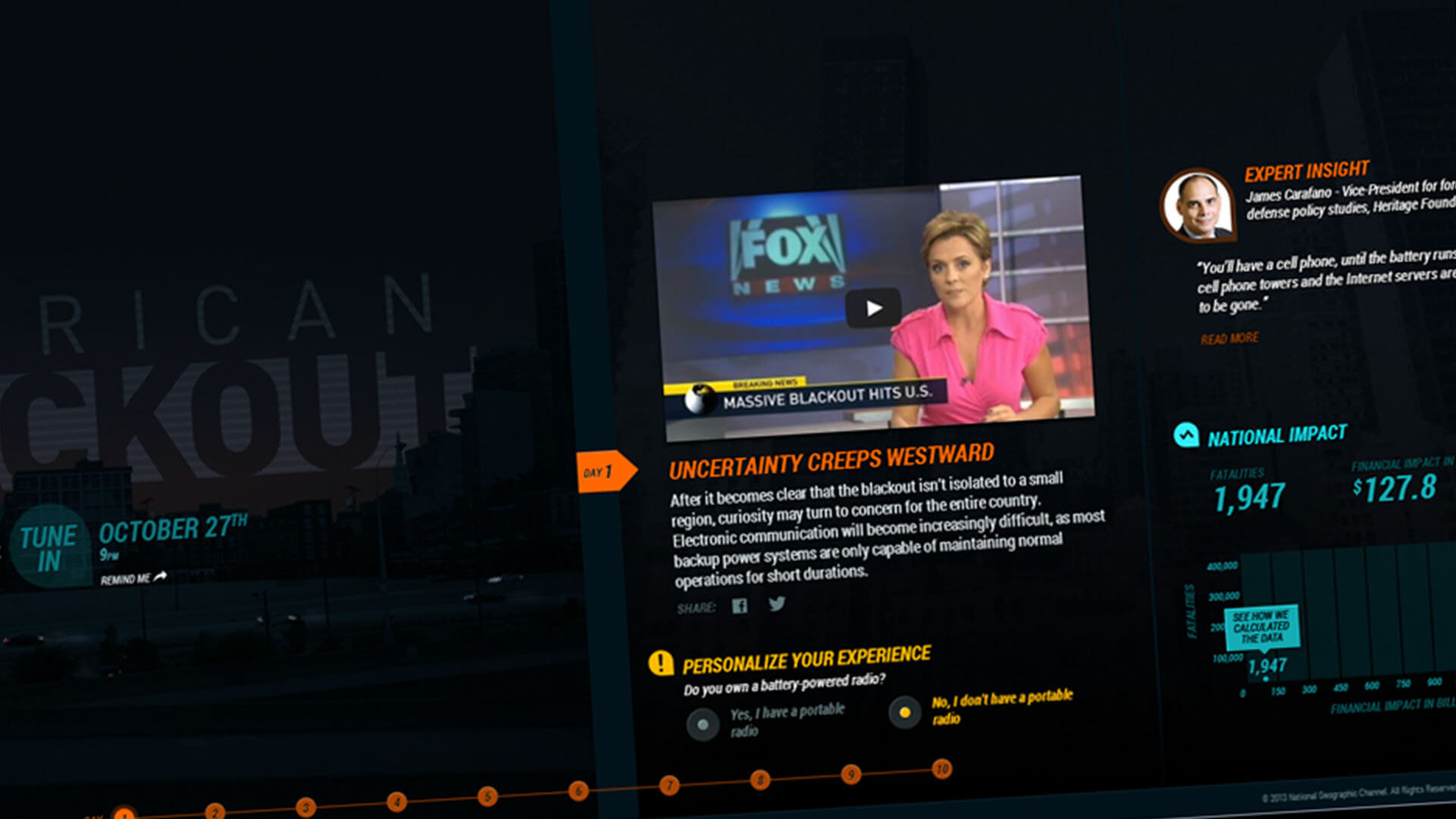 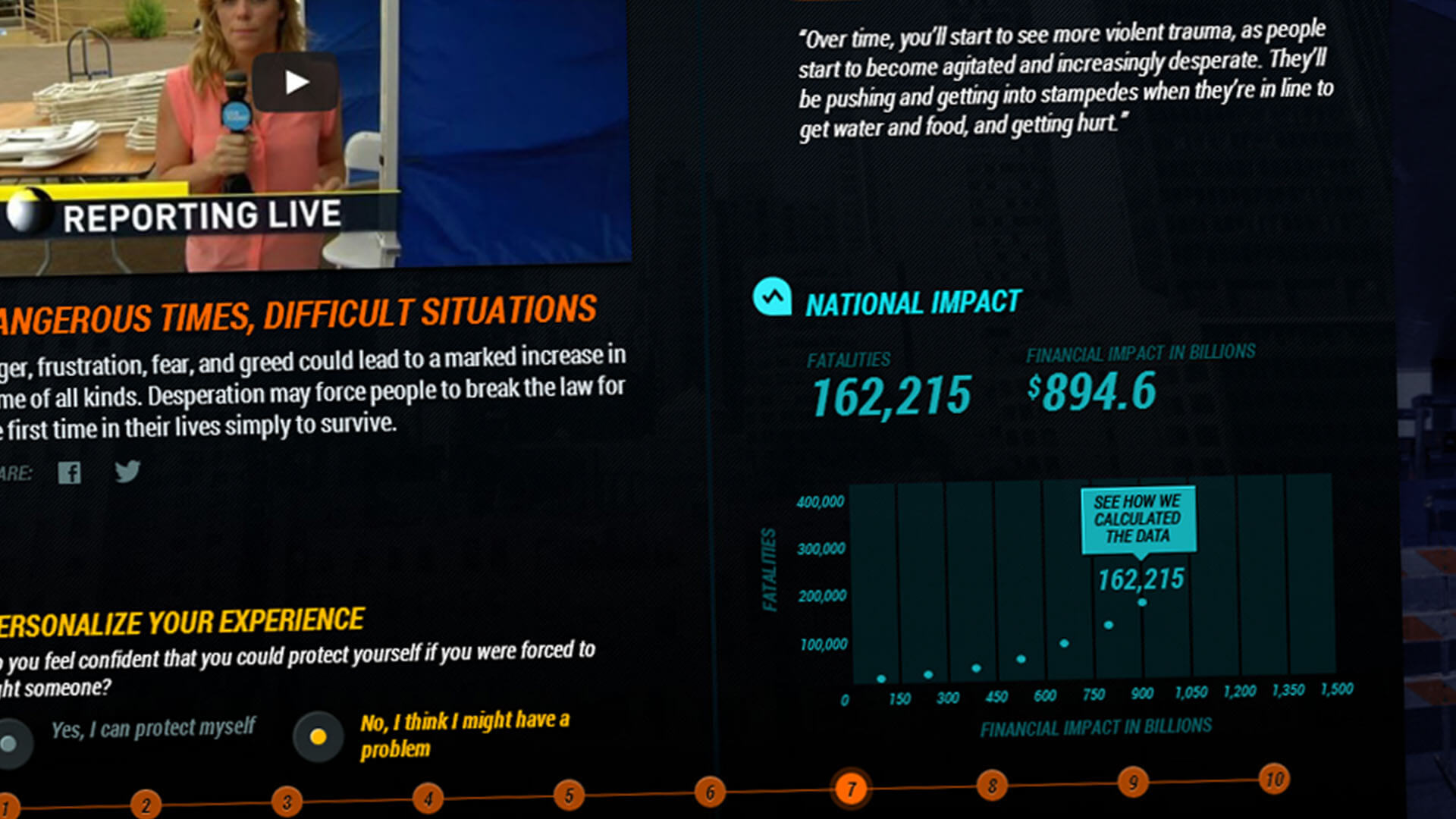 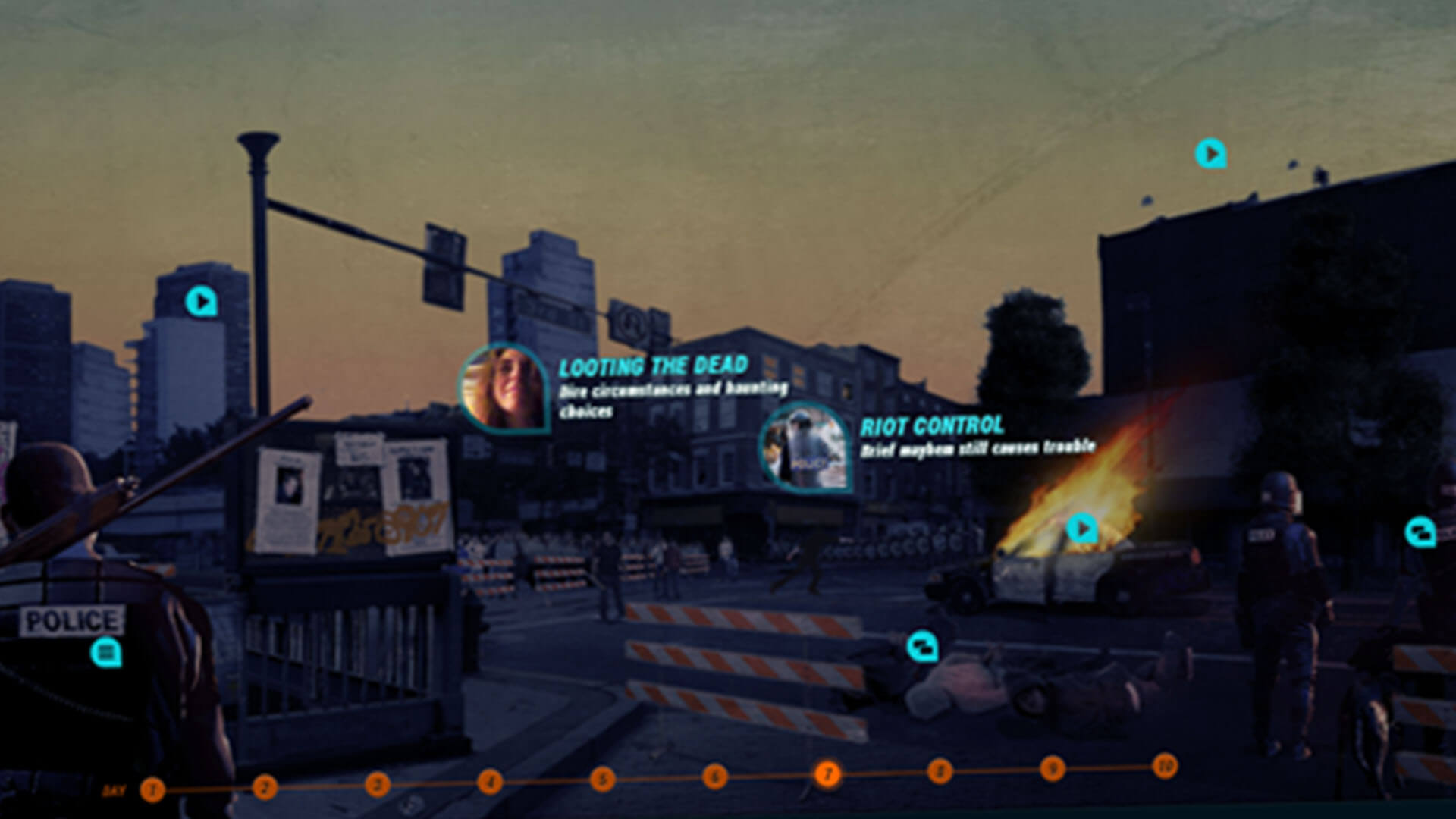 Witness the catastrophic impact of a national blackout in this online extension that explores what experts project would happen if the entire United States suddenly went dark.

Ever since Benjamin Franklin conducted electrical experiments with the aid of a kite and a metal key, the American way of life has grown increasingly dependent on the ubiquity of electricity. Most of us are used to flicking a switch and seeing the lights turn on, but what would you do if all of the power was suddenly gone? How would it affect you?

National Geographic Channel’s American Blackout television event explores the grim possibility of a nationwide blackout caused by a cyber attack, so we made sure our battery backups were online before we began working on a multi-pronged campaign to support the show.